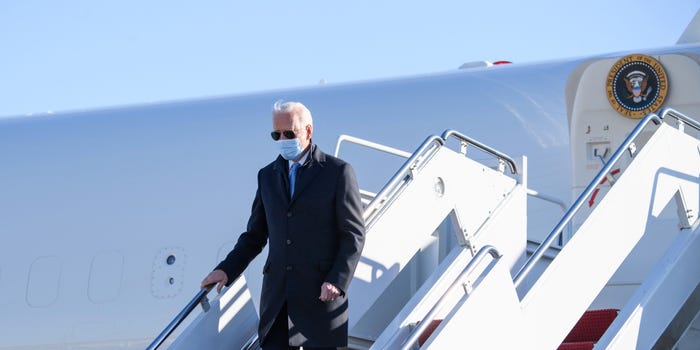 In a rare security breach, a man broke into Joint Base Andrews last month and went unnoticed for about five hours until his strange headpiece that appeared to resemble “mouse ears” blew his cover, several news outlets reported Thursday.

The 36-year-old trespasser from Maryland, whose name has not been disclosed, was unarmed and wore “a bright red or pink cap that partially covered his ears and had distinctive balls on top that looked a little like mouse ears,” according to an Air Force investigation of the February 4 incident reported by The Associated Press.

An employee at the base saw the man on the flight line and was suspicious of the intruder partly because of his cap, and notified security, according to AP. The Air Force report blamed the unusual security failure on “human error.”

The Air Force first reported the security breach last month and released its investigation on Thursday. Military officials handed him over to local law enforcement at the time because he had two outstanding warrants.

Air Force Lt. Gen. Sami Said said that a “distracted” security guard had let the unauthorized man drive through an entrance gate and onto the military base located in Maryland, which is home to the presidential aircraft, Air Force One.

Afterward, the intruder slipped past another fence and entered the flight line, walked aboard a parked plane and stayed for a few minutes then left. He was stopped and arrested as he walked back on the flight line toward the security gate, AP reported.

The man went aboard a C-40 aircraft assigned to the 89th Airlift Wing, sometimes referred to as the “President’s Wing,” which is used by senior military and government officials. He never got close to the highly-protected Air Force One, officials said.

The report concluded that the intruder was “simply wandering” and did not harm anyone nor have plans to meet anyone. He told officials that he came to the base “because he wanted to see airplanes,” the report said.

The White House did not immediately return Insider’s request for comment.