Borne the Battle #235: VA Secretary Denis McDonough - We Are The Mighty 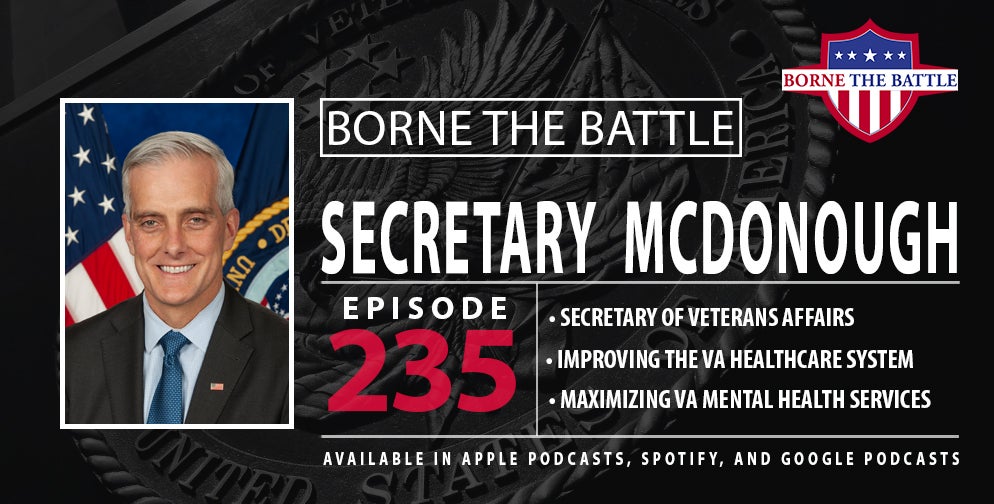 On Feb. 8, 2021, Denis McDonough was confirmed by the Senate to be the United States’ 11th Secretary of Veterans Affairs. He heads into the job with a rich background filled with experience navigating the government’s complex bureaucracy. Being a veteran of Capitol Hill, he aims to leverage his knowledge to better serve our nation’s military Veterans.

In this episode of Borne the Battle, McDonough touches on topics important to many Veterans:

While being VA Secretary is a new position for McDonough, he has taken steps to bridge the gaps in his knowledge by renewing a tradition that he followed as White House chief of staff. He reached out to as many former VA Secretaries he could to ask them for advice. In the interview, McDonough said the conversations have served him well so far and he intends to maintain these relationships moving forward.

And while McDonough is not a Veteran, he contacted multiple Veterans during his first weeks as secretary to solicit their advice and general thoughts on the state of VA. In doing so, McDonough said he has learned valuable information on what issues are important to Veterans and has used those discussions to shape his priorities.

Many of the comments McDonough made in this episode reflect the statements he made during his Senate confirmation hearing:

Being a lifelong civil servant, McDonough enters his new position with a vast wealth of knowledge about navigating the federal government to achieve goals. Whether he successfully leverages his extensive experience from Capitol Hill to effectively serve America’s Veterans – he says that will ultimately be decided by you.

In addition to listening to full episodes on your favorite podcatcher, you can also catch Borne the Battle interviews on YouTube:

Borne the Battle Veteran of the Week:

Mentioned in this Episode:

Calvin Wong is an intern with VA’s Digital Media Engagement team. He studies History as an undergraduate at the University of California, Davis.