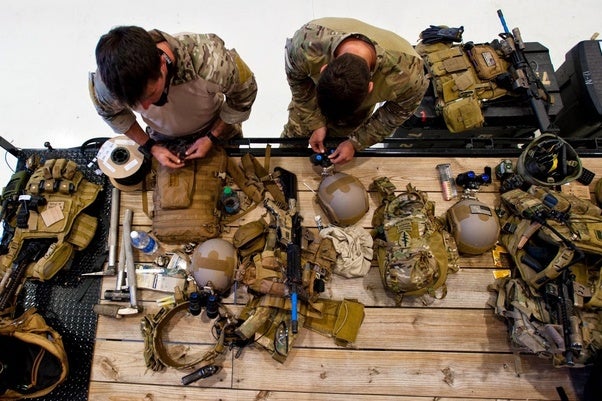 Congress has created a new subcommittee on military intelligence and special operations.

Part of the House Committee on Armed Services, the Subcommittee on Intelligence and Special Operations will have jurisdiction over the policy, programs, and accounts that are related to military intelligence, national intelligence, weapons of mass destruction, and conventional weapons counter-proliferation, counterterrorism, sensitive operations, and special operations.

Representative Ruben Gallego (Democrat, Arizona) was chosen to head the subcommittee. Gallego served six years in the Marine Corps (2000-2006), reaching the rank of corporal and deploying once to Iraq for a 12-month deployment. Gallego holds a Bachelor of Arts in International Relations from Harvard University.

Representative Gallego said in a statement on Twitter that “When I walk to the committee room for the House Armed Services Committee, I walk by a wall with names of all service members that have died in Iraq and Afghanistan. 24 of those names are men I served with. As the new Chairman of the Subcommittee on Intelligence and Special Operations, I serve in their name and honor. I remember being a young man in war hoping someone was looking out for me. If you are out there, know that I am.”

Representative Stephanie Murphy (Democrat, Florida) will serve as the vice-chair of the subcommittee. Murphy has experience in the field from her stint at the Pentagon office that oversees the Special Operations/Low-Intensity Conflict (SO/LIC) office.

Representative Adam Smith (Democrat, Washington), the chair of the Armed Services Committee stated that the new subcommittee will allow Congress to exert more scrutiny and oversight were needed.

“As the country faces unprecedented threats from our adversaries and competitors, especially the disruptive impact of disinformation attacks, we will ensure that special operations forces and the Defense Intelligence Enterprise are postured to address those threats,” Walsh said.

“It is critical that these highly sensitive areas of the Committee’s jurisdiction receive the time and attention they deserve, and this new subcommittee structure will facilitate exactly that.”

Gallego has indicated that the subcommittee will be reviewing the deployment of special operations forces across the world to ensure that they are utilized for the US’ best national interest.