Hypersonic missile tech is the new nuclear ace in the hole 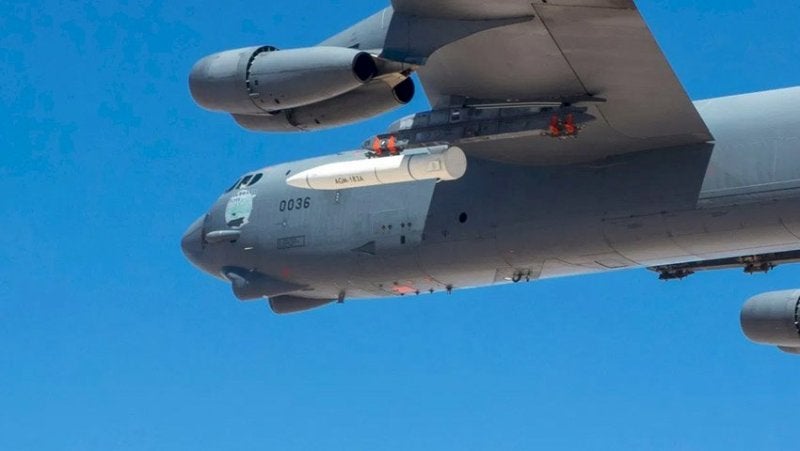 As we prepare to scale down our forces in Iraq and Afghanistan, the U.S. Military is rapidly shifting its focus from regional kinetic engagements to theater-level strategic positioning. In many ways, this new posture will leave the military looking a lot like it did before the wars in the Middle East. In short, it means a renewed reliance on our Naval and Air Force deterrent technologies: think stealth bombers and nuclear submarines.

The Navy and Air Force represent two parts of the United States’ nuclear defense triad. The Navy’s SSBN submarines silently swim the world’s oceans waiting for a first or second strike command. Likewise, Air Force bombers are positioned worldwide, ready to drop munitions on our enemies. But the backbone of the nuclear triad has always been our land-launched nuclear missiles.

Now, new reports from the Pentagon and the Defense Advanced Research Projects Agency (DARPA) suggest that the standby strategy for nuclear deterrence is getting a technological facelift in the form of the Hypersonic Air-Breathing Weapon Concept, or HAWC.

HAWC is essentially an inter-continental ballistic missile that can be launched from an aircraft. Traveling at hypersonic speeds, the HAWC would provide “longer ranges with shorter response times and enhanced effectiveness compared to current military systems,” according to Andrew Knoedler, Program Manager of DARPA’s Tactical Technology Office.

To put that in perspective, consider that the top speed for your standard-issue Tomahawk cruise missile is about 550 miles per hour; this is slower than mach 1. The Hypersonic Air-breathing Weapon Concept will travel at five times the speed of sound. It will be capable of hitting any target on the planet within one hour from launch.

DARPA and the U.S. Air Force have been working on HAWC for a while, and today the Pentagon announced that the program will be joining forces with its Australian counterpart Southern Cross Integrated Flight Research Experiment, or SCIFiRE. According to the press release, by joining the two programs, the Pentagon is hoping to “advance air-breathing hypersonic technologies into full-size prototypes that are affordable and provide a flexible, long range capability, culminating in flight demonstrations in operationally relevant conditions.”

The latest concepts of the HAWC offer much more than simple warhead delivery. In fact, the newest system, nicknamed Mayhem, will be able to be launched from a much smaller aircraft — like a strike fighter jet — and will be able to be fitted with a series of different payloads. In addition to munitions, the Mayhem will be able to carry sensors, surveillance equipment, or communications devices.

According to a September report from Defense News, both Lockheed Martin and Ratheon have completed prototypes; both prototypes are currently being tested. These flight tests will evaluate whether the weapons’ propulsion and thermal management systems will be able to withstand hypersonic cruise speeds, according to DARPA.

“These tests provide us a large measure of confidence – already well informed by years of simulation and wind tunnel work,” said Knoedler.

“That gives us faith [that] the unique design path we embarked on will provide unmatched capability to U.S. forces.”

This article was originally published on November 30, 2020.