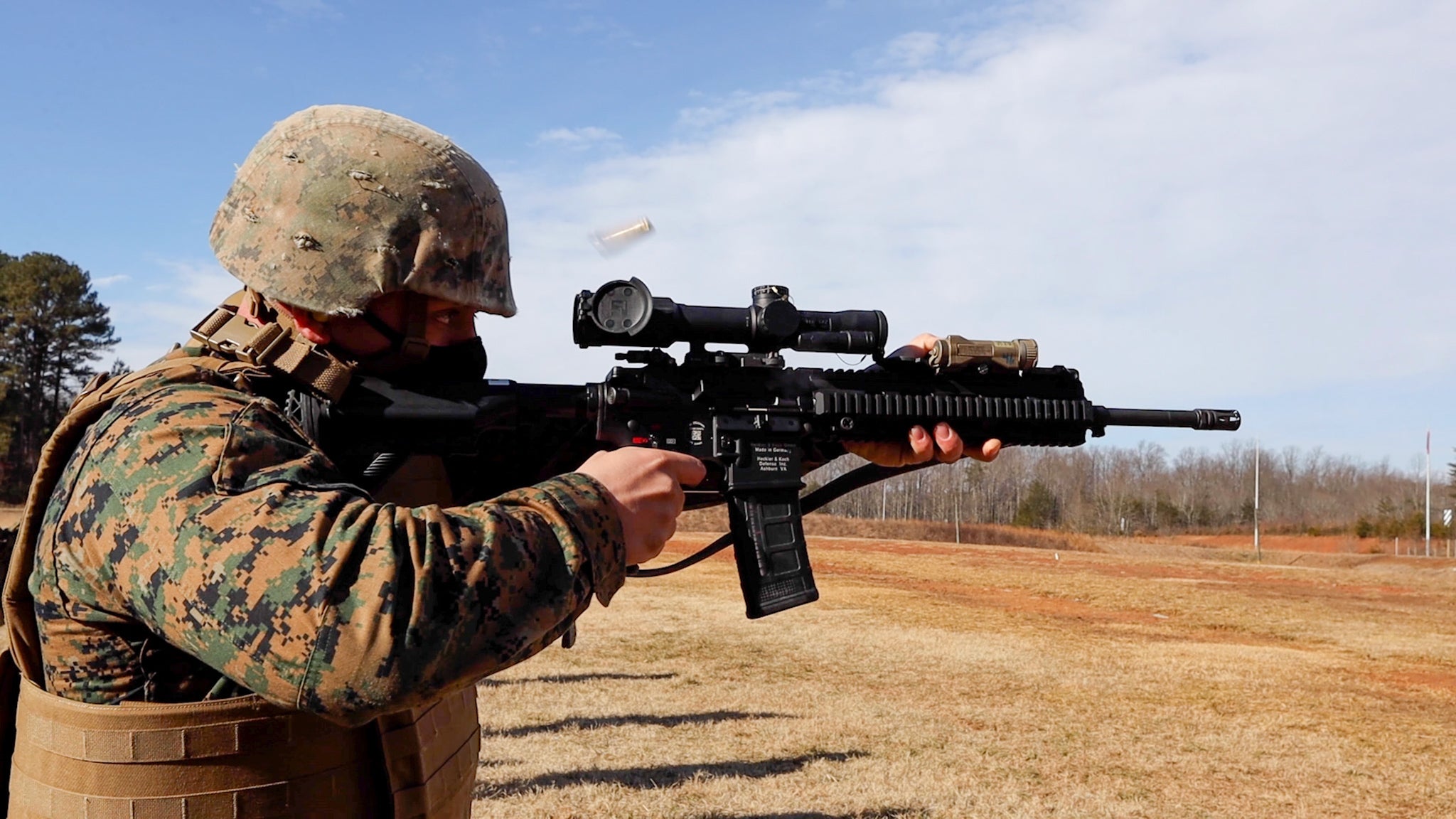 Marine Corps-wide implementation will take place no later than the beginning of fiscal year 2022, with active-duty forces transitioning by October 1, and Marine Forces Reserve transition in FY22. During the second and third quarters of fiscal year 2021, Weapons Training Battalion at Marine Corps Base Quantico, Virginia, will provide training and assistance on the conduct of ARQ to formal marksmanship training units in order to facilitate the transition to service-wide ARQ implementation.

The ARQ includes a three-day course of fire. Day one includes a “holds day,” with the drill portion conducted first. Days two and three are pre-qualification and qualification, respectively, where the destroy portion is conducted first with engagements starting far to near in order to foster an offensive combat mindset.

The more operational training requires Marines to conduct the course of fire in helmet and body armor but allows the opportunity to use bipods, rest the weapon on their magazine, or rest their weapon on their assault pack as long as time constraints are met. Scoring is measured by lethal effects with destroying targets in the allotted time.

“This enables the individual Marine the opportunity to engage their weapon system from multiple firing positions and find the most efficient way to utilize alternate shooting positions throughout the course of fire,” said Viggiani. “Our operating environment has changed over the years, so we had to make changes to our qualifications on marksmanship.”

Other significant updates include the incorporation of a singular target throughout the course of fire, with exception of a moving target at the 100-yard line, with a requirement to score by hitting “lethality zones” and the introduction of support barricades at the 100 and 200 yards, allowing Marines to shoot from the standing, kneeling, or supported position with stationary and moving targets. This transition from a competition-style course of fire to assessing lethal effects on a target is a significant change for the ARQ.

Similar to the Physical Fitness and Combat Fitness Tests, Marines must achieve a minimum standard in each portion of the course of fire to qualify in the overall assessment.

The implementation of the ARQ directly impacts the mission statement, “We must adapt our training in a manner consistent with the threat and anticipated operational challenges,” as stated in the Commandant’s Planning Guidance.