Congress may soon enact a ‘no first use’ nuclear weapons law 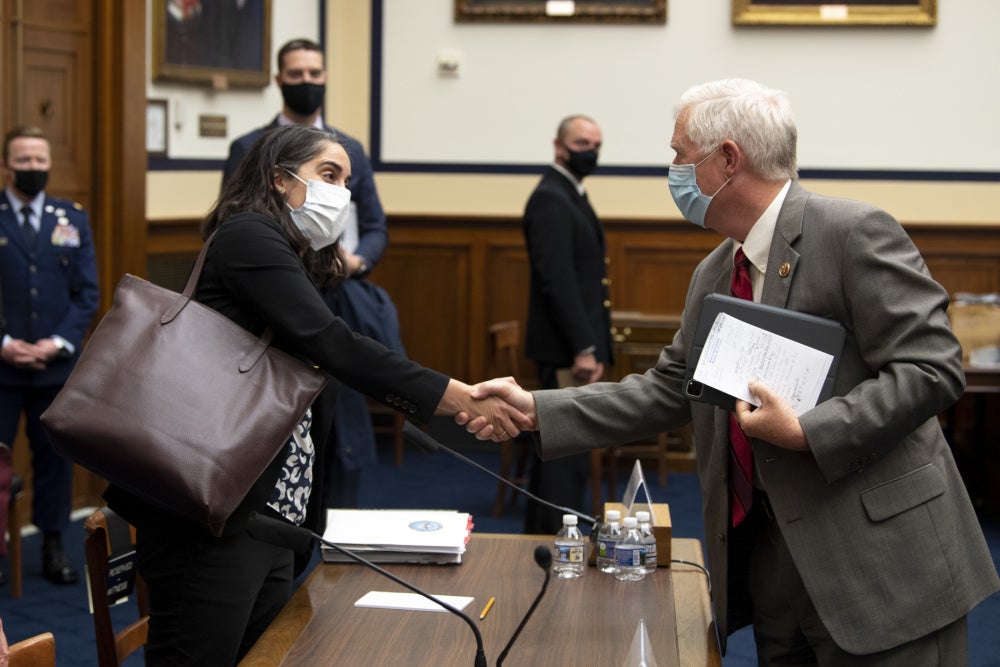 Everyone in the military knows there’s an officer who follows the President of the United States around with a special briefcase known as the “football.” Since John F. Kennedy was in office, the Presidential Aide accompanied the office holder with this briefcase containing everything needed to launch a nuclear strike.

Now, Congress may be looking to tie the president’s hands in the use of nuclear weapons. At least, it’s looking at tying his ability to launch a first strike.

Democrats from the House of Representatives and the Senate introduced legislation that will formally enact a “No First Use” policy in regard to nuclear weapons. The U.S. military is, predictably, not thrilled about the idea. The law is intended to avert an accidental nuclear war in case the great power rivalry with China or Russia starts to heat up.

“This bill would strengthen deterrence while reducing the chance of nuclear use due to miscalculation or misunderstanding,” Rep. Adam Smith, chair of the House Armed Services Committee, said in a statement. “Codifying that deterring nuclear use is the sole purpose of our nuclear arsenal strengthens U.S. national security and would renew U.S. leadership on nuclear nonproliferation and disarmament.”

Republicans on the House Armed Services Committee almost immediately began asking American military leadership what they thought of the bill. They did not warm to the idea.

“I currently support the U.S. position on not adhering to the nuclear no first use policy,” said Gen. Tod Wolters, commander of U.S. European Command in a Congressional hearing in April 2021.

He also added that European allies would have mixed feelings about such a policy if they understood the extent of American nuclear strike capabilities and procedures.

Arms control policy advocates have long wanted such a policy put in place. Derek Johnson, Chief of the anti-nuclear arms group Global Zero released his own statement on the legislation.

“The major risk of nuclear use today comes from the danger that a small or accidental clash or conflict will escalate quickly through confusion or fear and cross the nuclear threshold,” Derek Johnson’s statement read. “America’s decades-long policy of threatening its own possible first use of nuclear weapons only adds to this danger.”

As of July 2020, the United States nuclear stockpile numbered around 5,800 nuclear warheads, with 3,800 in active service and another 2,000 retired and waiting to be disarmed. Under the terms of the 2010 New Strategic Arms Reduction Treaty, the U.S. is allowed to have a total of 1,550 nuclear warheads, but only 700 can be deployed at any given time.

A “No First Use” policy could help the U.S. save money. According to the Brookings Institution, the United States spent more than $5.5 trillion on its nuclear weapons between 1946 and 1996. Through 2028, the U.S. military is scheduled to spend another $494 billion on the weapons it has left, and another $1.2 trillion on renovating that arsenal over the next 30 years.

During his campaign, President Biden said he supported a “No First Use” policy act from Congress but the bill has a long, hard road ahead of it if it is ever going to make it to the president’s desk.