The Marine Corps of the future will focus on small, agile combat - We Are The Mighty

The Marine Corps of the future will focus on small, agile combat 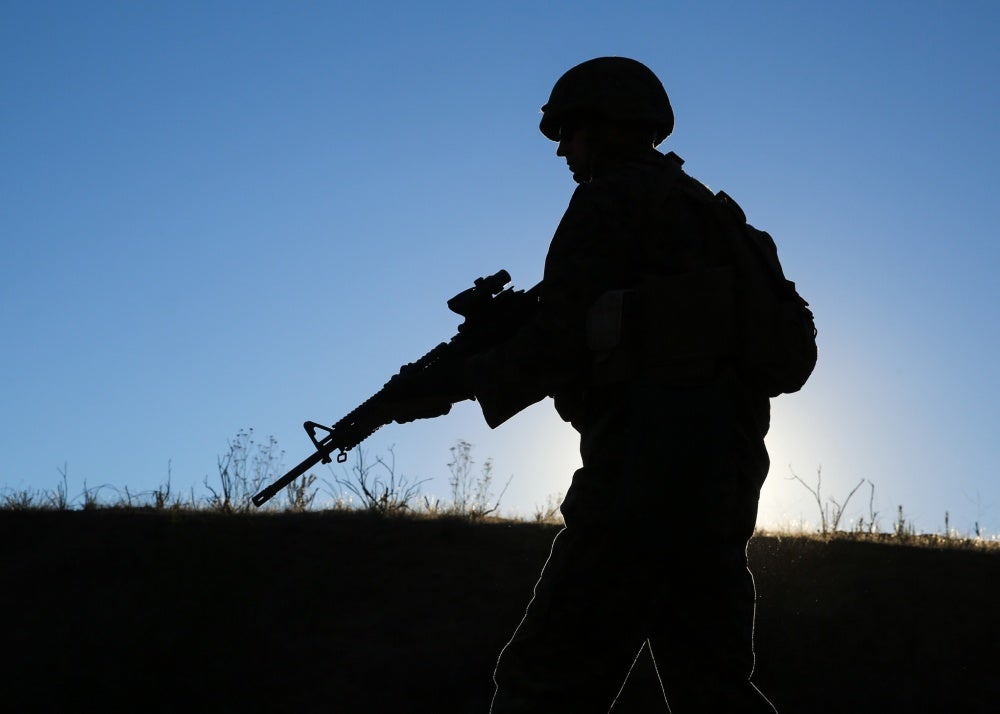 By 2030, the United States Marine Corps might look a little different from the Marine Corps of today. According to a 180-page document released by Breaking Defense, there’s an aggressive strategy in place to redesign the sea service in less than 10 years.

Called the “Tentative Manual For Expeditionary Advanced Base Operations,” the Corps is going to be overhauled to focus on the challenges posed by an emerging China and a newly-aggressive Russia.

The Marine Corps newest iteration, according to the unreleased manual, is going to create small units to focus on individual small unit capabilities, specifically air defense, anti-ship warfare, fighting for control of small, temporary bases all in an “island-hopping” campaign in the Pacific.

If that sounds familiar, that was the strategy used by the United States Marine Corps and Navy during World War II in the Pacific, meant to check the expansion of Imperial Japan. That plan was itself based on Operational Plan 712: Advanced Base Operations in Micronesia, one of the Marine Corps’ foundational doctrines.

Instead of massive invasions like the ones seen on Iwo Jima and Okinawa, however, the Marines will be called in to capture or construct small bases to launch missiles or use as resupply stations as Marines and Naval forces operate throughout the Pacific Theater.

“The scale of the problem today cannot be met by merely refining current methods and capabilities,” the manual reads.

The Marine Corps also isn’t limited to the technology of days past, either. The Corps will use precision-guided missiles, unmanned aerial and seaborne vehicles, and any other innovations that would make movement between islands and contesting islands more practical and decisive.

One of the first signs of developing this newly-oriented, more agile Marine Corps will come in the 2022 defense budget requests from the Marine Corps. The document predicts the Corps will want a hundred Long Range Unmanned Surface Vessels available for use, along with Light Amphibious Warships in Littoral Maneuver Squadrons.

This document is said to outline Marine Corps Commandant Gen. David Berger’s very fast timeline to reconstruct the Marine Corps and its combat roles. Combat teams will be roughly battalion-sized, according to Breaking Defense, and will see at least three Marine Littoral Regiments stood up in the Pacific within the coming years. Each will be responsible for multiple versions of these small bases.

The bases will be “conducting sustained operations to enable fleet operations via sea denial” and be a supply and refueling point for units “conducting major combat operations,” the article says.

Marines operating at these “ad hoc” bases will be protected from advanced aircraft and advanced ballistic weapons by Marine air wings, communications, and ground-based air defenses.

One of the reasons the “Tentative Manual For Expeditionary Advanced Base Operations” is being taken so seriously is that unlike many other so-called “concept papers” from military branch leaders, this document is painstakingly detailed over 200 pages, covering everything from joint force interoperability to command and control oversight, as well as the size and roles of individual Marine Corps units.

Read more about the newer, smaller, and more agile Marine Corps from the original at Breaking Defense.