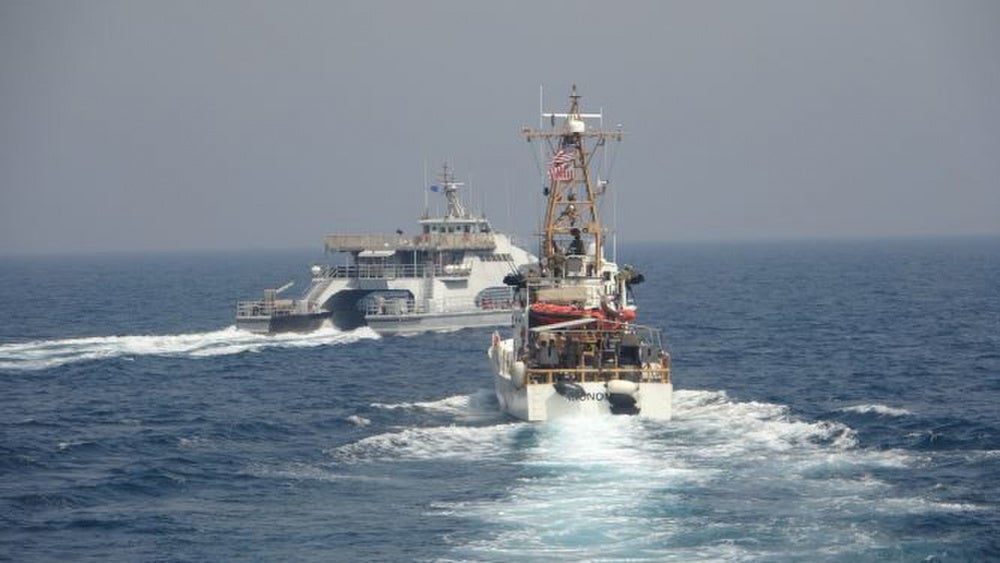 Just because we haven’t heard of sporadic shots being fired in the Persian Gulf doesn’t mean everything is going just fine. On April 26, 2021, the U.S. Navy had to fire warning shots at an Iranian boat in the region for the first time in four years.

Iranian ships in the Gulf have a habit of hassling American vessels. The most recent incident is the second in the month of April 2021 alone. The first came when Iranian Revolutionary Guard Corps Navy fast-attack craft swarmed two U.S. Coast Guard cutters on April 2.

A spokesperson for the U.S. Navy said the IRGCN boats came into an “unnecessarily close range with unknown intent, coming as close as 68 yards of the ships.”

The Americans issued numerous verbal warnings via radio and other means in an effort to communicate with the Iranians. When they finally got too close without heeding the warnings, the Firebolt opened fire. Only then did the Iranians move away from the Americans.

“The IRGCN’s actions increased the risk of miscalculation and/or collision,” the spokesperson said. “U.S. naval forces continue to remain vigilant and are trained to act in a professional manner, while our commanding officers retain the inherent right to act in self-defense.”

The incident comes at a time when the United States is trying to re-enter the 2015 Joint Comprehensive Plan of Action, also known as the Iran Nuclear Deal. In May 2018, the White House under President Donald Trump unilaterally left the agreement and implemented harsher sanctions on Iran.

Iran officially responded by issuing a statement that required European parties to the agreement to abide by its terms and maintain relationships with Iranian banks and purchase Iranian oil despite U.S. pressure to do the opposite. On the ground, the Iranian Quds Forces in Syria fired rockets at targets inside Israel. Israel has continued its direct and indirect means of sabotaging any Iranian nuclear enrichment.

The United States only heightened tensions with Iran after the assassination of Iranian general Qassem Soleimani in 2020. Soleimani was the leader of the Iranian Islamic Revolutionary Guards Corps, one of Iran’s most popular figures. Iran retaliated by launching missiles against U.S. forces in Iraq. No U.S. troops were killed, but 110 were wounded.

Tensions between the United States and Iran have remained high ever since, despite Trump’s failed re-election bid and the Biden Administration’s attempt at rejoining the JCPOA and any proposed concessions to do so.

The entire Persian Gulf region has essentially been an area in crisis since 2019 as tensions between Iran and the west – not just the United States – began in earnest. Iran has been responding to and provoking responses from the U.S. and western allies including the United Kingdom, Ukraine and Israel throughout the area.

While tensions mount, risky incidents like Iranian fast-attack craft provoking warning shots from U.S. Navy ships are likely to continue in the near future until either side takes action to defuse the situation.