US, UK Sign Agreement to Merge Forces for Historic Joint Carrier Deployment - We Are The Mighty 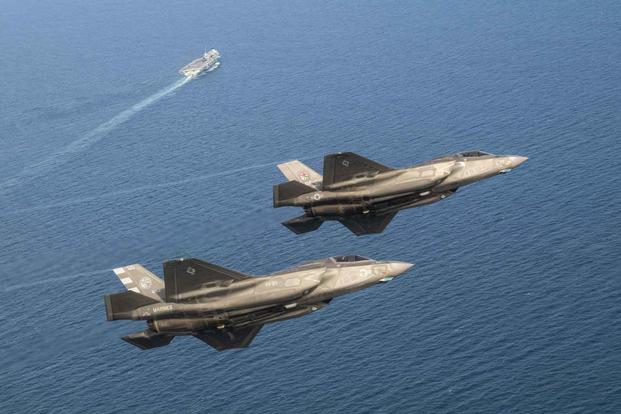 Top U.S. and United Kingdom defense officials signed an agreement this week to merge some military forces in 2021 to form a combined carrier strike group.

The agreement was signed by Miller and U.K. Secretary of State for Defence Ben Wallace. The strike group is scheduled to sail out of Portsmouth, U.K., later this year.

“This deployment underscores the strength of our bilateral ties and demonstrates U.S.-U.K. interoperability, both of which are key tenets of the U.S. National Defense Strategy,” the Pentagon’s announcement on the agreement states.Advertisement

British Prime Minister Boris Johnson said in November that the task force will operate in the Mediterranean Sea, Indian Ocean and East Asia.

“Next year, HMS Queen Elizabeth will lead a British and allied task group on our most ambitious deployment for two decades,” he said. “… We shall forward-deploy more of our naval assets in the world’s most important regions, protecting the shipping lanes that supply our nation.”

Ten Marine F-35B Lightning II fighter jets embarked on the Queen Elizabeth in September as part of a training deployment. The embark was in preparation for this year’s full-length deployment, Marine officials said last year.

Lt. Gen. Steven Rudder, the former head of Marine Corps aviation, said in 2019 that the F-35 embark would serve as a “new norm” for how the U.S. will conduct operations with maritime partners.

Wallace said the deployment embodies the strength of bilateral ties between the U.S. and U.K., and reflects the depth of the vital defense and security partnership.

“I am delighted that the U.K. now possesses a 21st-century carrier strike capability, which has been greatly assisted by the unswerving support and cooperation of the United States at all levels over the past decade,” he said.