Biden signs sweeping new law allowing VA to vaccinate all veterans, spouses - We Are The Mighty 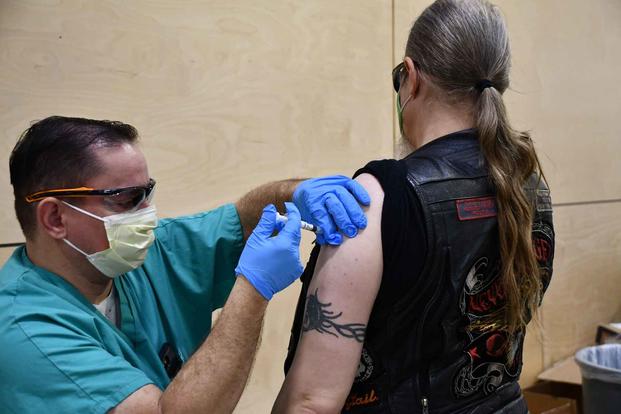 President Joe Biden on Wednesday signed into law a sweeping new measure that supercharges the Department of Veterans Affairs‘ ability to vaccinate millions of Americans.

The Save Lives Act will allow the VA to vaccinate all veterans, veteran spouses, caregivers and Civilian Health and Medical Program recipients, regardless of their VA eligibility.

“This new law expands options for where veterans and their families can receive the COVID-19 vaccine, ensuring that every veteran, spouse, and caregiver will have access to the protection they need from VA,” Sen. Jon Tester, D-Mont., the chairman of the Senate Veterans Affairs Committee said in a statement. “This bipartisan bill follows through on our shared goal of getting more shots into the arms of as many veterans as possible.”Advertisement

As of Wednesday, the VA has fully vaccinated more than 1.5 million people, including veterans and employees. Previously, only veterans enrolled in VA could get vaccinated.

The bill’s signing comes during a massive concerted effort from the Biden administration to give vaccine access to as many Americans as possible, with the goal of the country starting to return to relative normalcy by Independence Day.

“COVID-19 has wreaked havoc on all American including veterans and their families,” Veterans of Foreign Wars National Legislative Director Pat Murray said in a statement. “The end may be near, but we will not come out of this until everybody possible has vaccinations.”