10 reasons why active duty troops should work in the office 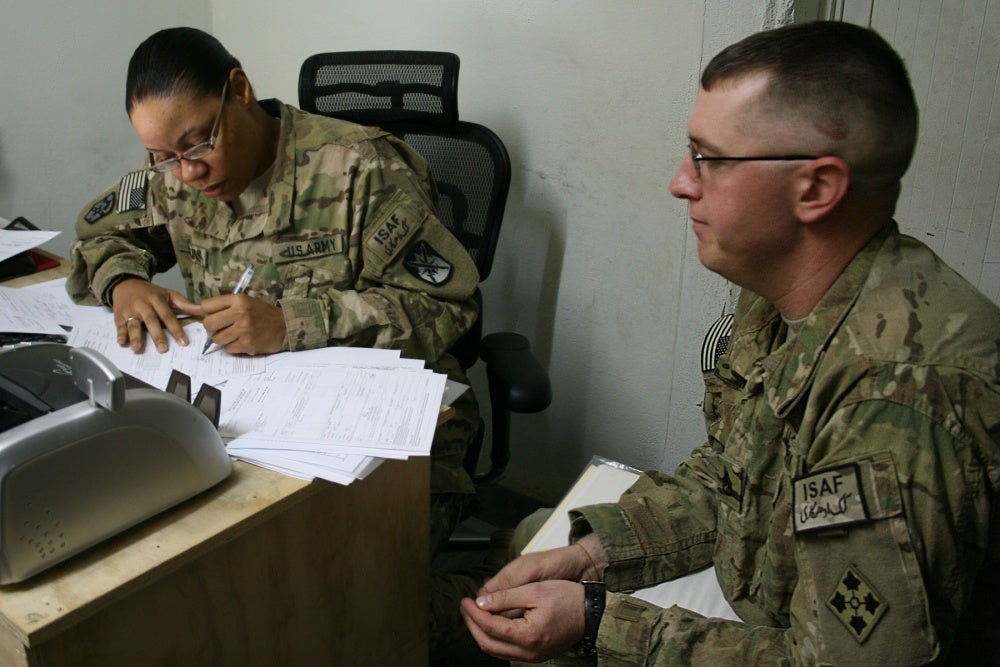 The worst thing you can do to a Marine is hand them some paperwork. However, all troops should have some office experience while on active duty because the exposure will give you some background for the civilian world. Whether you’re an E-3 with a four-year contract or a senior officer with 20+ years of service, we all get out. You can’t stop time.

1. Civilian jargon on your resume is a good thing

When you work in an office setting on active duty there is a high chance you will also work with civilians. They do not play by the same rules as us. They cannot be yelled at nor reprimanded in the same way. You must conduct yourself as a professional. Learning the social skills to interact with civilian counterparts and the technical computer skills looks good on your resume. They can even help you to civilianize your job description.

Instead of, ‘I just typed everyone’s Physical Fitness Test score into the system,’ try, ‘I employed data entry techniques to ensure leaders had up to date information on the status of the company’s readiness.’

The more time you spend in an office you’ll notice jargon that is interchangeable with our own. Another example is chain of command, in civilian it’s called upline.

2. Your uniforms will last longer

3. Attaining a security clearance is good for government jobs later

Working in an office setting in the military will often require a security clearance due to the sensitive personal identifiable information one must handle. The more sensitive information you handle, the higher your security clearance must be. If you want to work for the government or a private military company after your service this will make you very competitive for employment.

4. Communication on deployment is easier

When you’re part of the headquarters element you have access to all the perks the leadership has in terms of communication back home. You’re their right hand and although the top brass puts on a tough persona in front of the masses, your happiness is important to them. Don’t tell anyone though or you’re going back in the fighting hole.

5. After spending some time in the office, you have more control over your career

Riding a desk can also demystify the road to a better career. A troop wants to stay in and has his eye on becoming a master gunnery sergeant one day is in the best place to learn how. When I was in operations I had a captain who was prior enlisted, so if I wanted to go that route — I could. I knew warrant officers and troops in other fields in the adjoining offices. If wanted to change my job completely at reenlistment, I could ask what it was like to work there. I would just waltz in when no one was busy and just ask any question I wanted. The career planner was down the hallway. We were in constant communication because I was the scheduling NCO. I was also the gate keeper to our major – who was also in charge of approving my leave. If a troop is going to reenlist, office work will give you the connections you need to thrive.

6. Your pros and cons are much more favorable

They’re going to give you much better marks to help you get promoted. ‘The corporal who saves me from losing face, keeps everything organized and helps me avoid people I don’t want to talk to needs my help getting promoted? Say no more.’

7. You know the real word

You will be in a lot of meetings. I’m sorry. The bright side? You will know word as it was given by the colonel. It’s super satisfying to correct someone who thinks they know everything and you hit them with: ‘ I was there, I made the powerpoint and I made the reservation for the training area. We’re not shooting javelins, idiot.’

9. In the office, you get to see the big picture

When I went from a line company to the battalion HQ, I was able to see how everything connected. ‘Oh, we have our own trucks, like, they belong to the battalion they just don’t come out of the nether?’ or ‘We have cooks attached to us?’ or my favorite: ‘Where the hell is the armorer to issue us our weapons?’ and you straight up call the fool because he lives two doors down from you at the HQ barracks. ‘Oi, dafuq, meng?’

Seriously though, its pretty cool to see how every military occupational specialty works hand in hand with each other and to be an influencing cog in the machine.

‘Nope, sorry I can’t do that. The major sent me to regiment,’ knowing full well he’s playing golf. ‘Phones aren’t allowed, sorry OPSEC, no one will be able to reach me.’ Poof.

One of my favorite confessions: One time, we were planning Fleet Week in New York City and one of the events was the Men In Black III movie red carpet premiere with an after party on the USS Intrepid. Open bar with the Hollywood elites and everything. We could only place two names from each company to go. Oops. How did my name get on here?

Yes, Will Smith was there and he sang the Fresh Prince theme song. No regrets.