Watch: 2 Daring Coast Guard Rescues Near Boston in Less Than a Week - We Are The Mighty

Watch: 2 Daring Coast Guard Rescues Near Boston in Less Than a Week 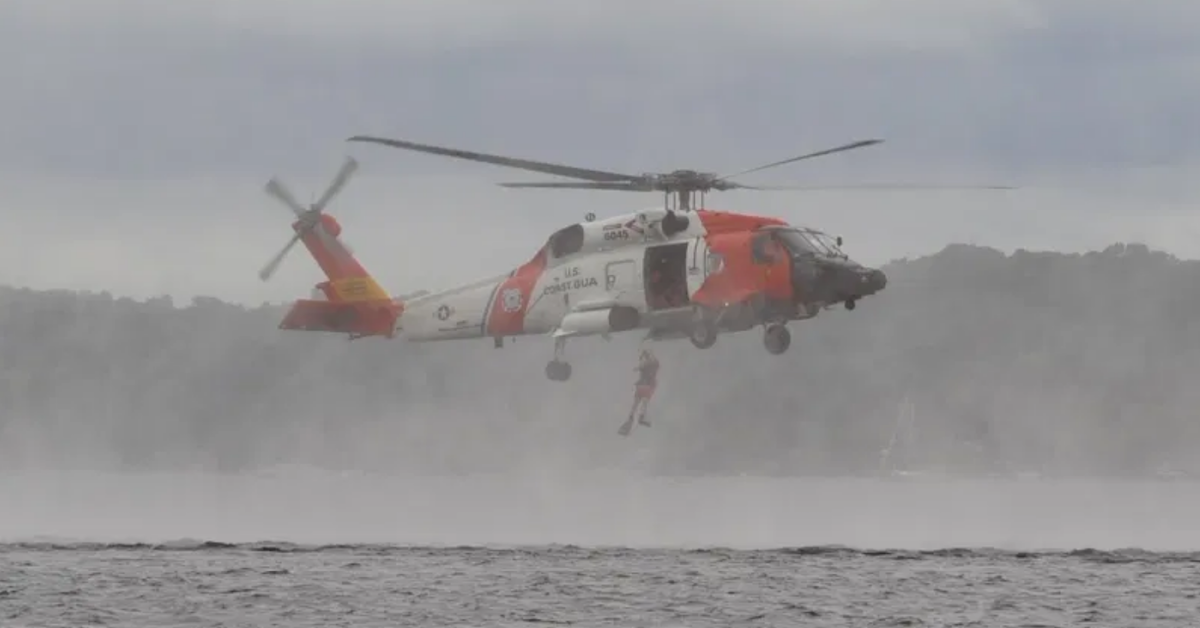 The U.S. Coast Guard performed two daring rescues at sea over the past week. The first, on November 13, involved a stroke victim aboard a commercial fishing vessel. Then, just six days later, Coast Guard aircrews were tasked with the rescue of another fisherman who had fallen overboard. Footage of both rescues has been released.

On Friday, November 13, at approximately 6:00 p.m. EST, Coast Guard watchstanders received word that a fisherman had suffered an apparent stroke some 60 miles off the coast of Martha’s Vineyard. A Coast Guard MH-60 Jayhawk helicopter was able to locate the vessel and rescue the fisherman by 7:30 that evening.

On Thursday, rescue crews out of Coast Guard Air Station Cape Cod were once again tasked with saving an injured fisherman. This time, as a result of a man falling overboard.

At approximately 3:30 a.m. EST, a watchstander from Coast Guard District One received word of an emergency situation unfolding aboard a 72-foot fishing vessel called the Jennifer Anne. According to a Coast Guard statement, the 35-year-old fisherman had fallen overboard and had been recovered by other members of the crew. However, he had suffered a number of lacerations and was exhibiting signs of hypothermia.

The Coast Guard deployed an MH-60 Jayhawk helicopter and an HC-144 Ocean Sentry aircraft to locate the vessel, some 160 miles out to sea. By 6:51 a.m. EST, the vessel had been located, and rescue crews were able to safely hoist the injured fisherman from the deck of the Jennifer Anne. The injured man was stabilized and brought to Massachusetts General Hospital for further care.

This dramatic footage of the rescue highlights the incredible skill and bravery on display from the Coast Guard crew.