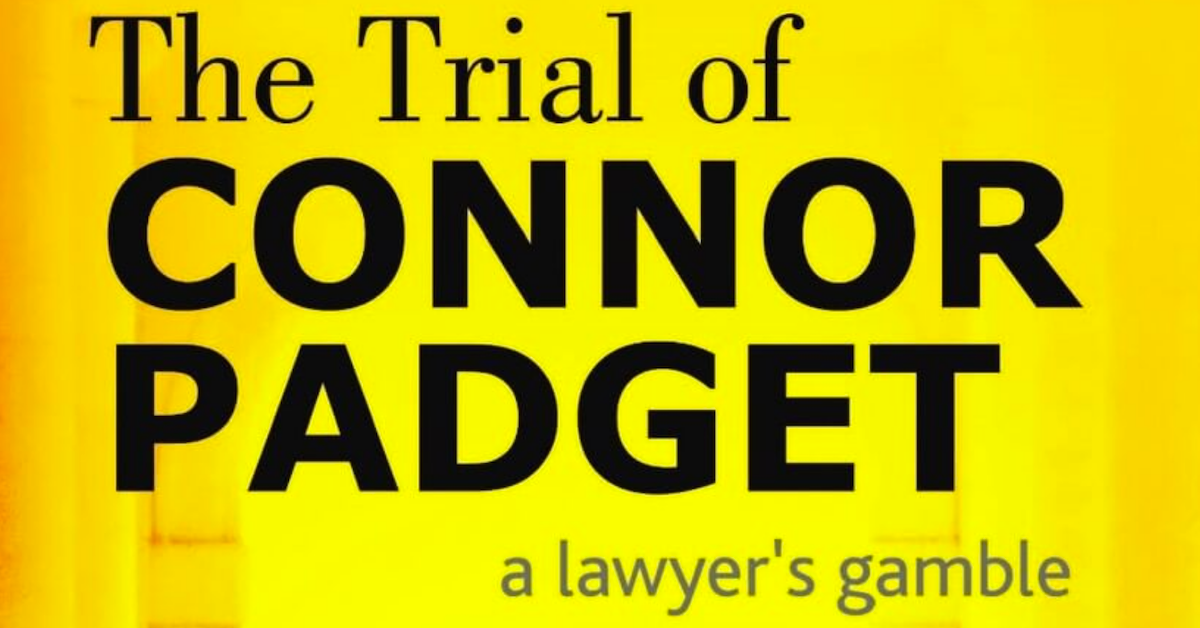 “The Trial of Connor Padget” is a courtroom tale by Carl Roberts, former Air Force Officer and trial attorney. It begins at breakneck pace when the title character shoots a man on live television. What follows is an at times gripping narrative that follows his old friend, attorney and ex-reconnaissance pilot Jack Carney, as he attempts to save Connor Padget from a life sentence in prison.

At the heart of “The Trial of Connor Padget” is the kidnapping and assumed molestation of a young boy, but the tale is told entirely through Carney’s point of view. His sole concern is the trial, and the emotional aftermath of such a terrifying ordeal on the parents and the boy are largely muted.

There’s much for Carney to do, however, as he commits himself to saving his friend despite considerable personal cost. Roberts, a former trial attorney, peppers the story with evocative detail and weaves in realistic examples of other trials his lawyer narrator handles and attempts to steer toward justice.

Carney is an attorney willing to go the extra mile in defense of his lifelong friend, uncovering darker secrets that just might win the day. His devotion to his friend is admirable, and his dogged pursuit of the truth leads to multiple surprises along the way.

Intertwined with the courtroom drama is the tension at home between Carney and his wife, Adrienne, who’ve grown so far apart over the years, she’s now building a separate home with her substantial inheritance. As she aspires to a grander social set than the one they’ve built the foundation of their marriage upon, their bond continues to fray.

The best part of the novel is the way it evokes life in Louisiana. Roberts graduated from Louisiana State University (LSU) prior to serving as an electronic warfare officer at Yokota Air Force Base in Japan. He returned to LSU for law school and later served as the lead trial attorney for the Louisiana Attorney General’s Office.

His background brings the setting alive in vivid detail, conjuring sunny afternoons with crisp cold beers and fresh-caught seafood served in the waterfront restaurants the novel’s narrator prefers. These details pull you into the narrative and the Louisiana humidity, rendering this lawyer’s tale true to life and bringing home the novel’s larger point that any of this could happen to any of us.

The book is the debut from Roberts, who now lives near the Florida Gulf Coast.

Kate Lewis reviews books monthly for Military Families Magazine. Her work has been featured in The New York Times, The Washington Post, and more. Find her online @katehasthoughts.