The Best Whiskey of 2020: The bourbon, rye, and scotch to find while you still can - We Are The Mighty

The Best Whiskey of 2020: The bourbon, rye, and scotch to find while you still can 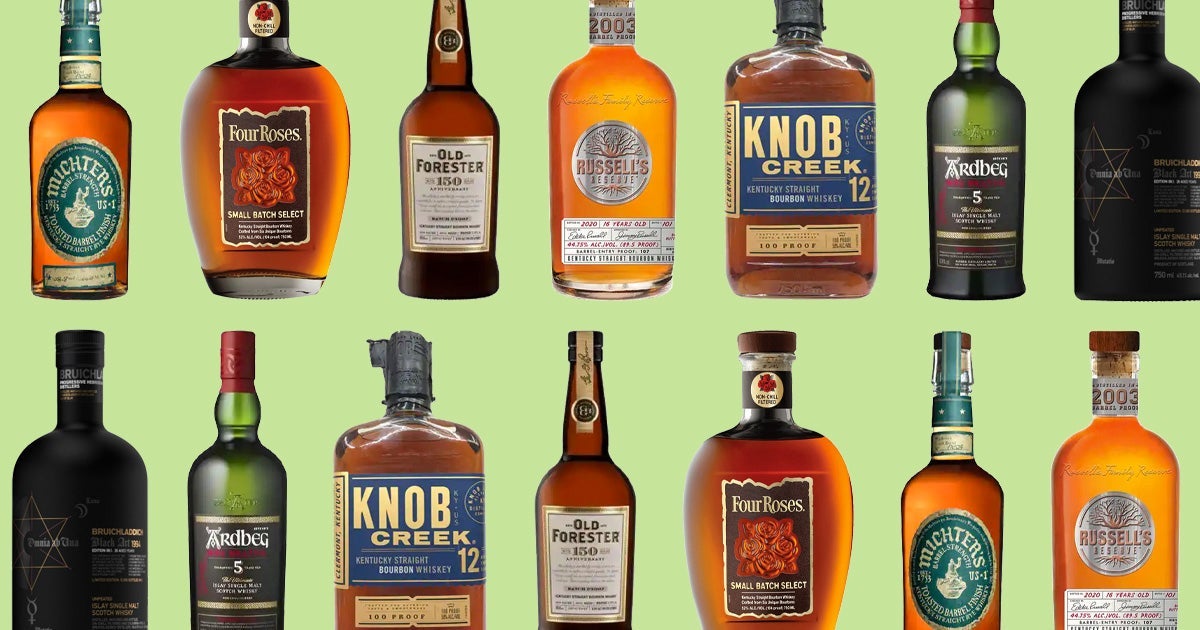 2020 was not great. We’ve been shut in and locked down with nowhere to go and little to do. Thankfully, our essential master distillers and whiskey workers kept calm and carried on, releasing some amazing bottles of bourbon, scotch, and rye that we can enjoy in the confines of our own homes. Of course, the usual hyper-limited editions came and went this year, snapped up the moment they hit the shelf, often at 10x the retail price. But in 2020 there were still plenty of new stellar whiskey releases, bottles that are more reasonable and accessible. That’s why you won’t find any impossible to find bottles on this list (minus, well, a few exceptions). What you will find are what we think is the best whiskey of 2020, from long-aged scotches to new expressions of tried-and-true bourbons.

This jaw-dropping bourbon is still available on shelves here and there but you may have to do a bit of searching to find a bottle. Bottled in bond means the whiskey has to be whiskey from a single distiller, barreled in one season, aged at minimum four years and entered the bottle at 100 proof. This vintage did an even longer stint. Seventeen years in the wood helped create a wonderfully complex bourbon. There are notes of vanilla, toffee, and sassafras as well as a punch of oak and a pulsing cherry that this a whiskey to sip slowly and savor. $200.00

One of our favorite annual releases, this years is an impressive bottle. Four Roses master distiller Brent Elliot hand selected four batches, two 12 year olds, one 16 year and one 19, from four different bourbon recipes to blend together a brilliant whiskey. It fruity, rich and spicy with subtle oak. This bourbon clocks in around 111.3 proof, so we like it neat, but it can handle a drop or two of water. $220.00

To celebrate the brand’s 150th anniversary, the folks at Old Forester created this special edition that knocked our socks off. Master distiller Chris Morris selected 150 barrels and from those master distiller Jackie Zykan created three different batches, each meant to amplify traditional Old Forester flavors. While all three batches are highly sought after, Batch 1 is a fruit bomb that will shock and awe your palate. Loaded up with apple, pear, and apricot, the whiskey finds its balance against a plume of spice and a herbal peppermint. Old Forester founder George Garvin Brown would be proud. $540.00

Okay. We lied, this 16 year old Russell’s Reserve 2003 is basically impossible to find*. But master distiller Eddie Russell knocked this limited offering so far out of the park, we had to pay it a little tribute. Sweet sixteen years ensconced in oak gave this bourbon a dark hue and rich layers of smoke. At 89.5 proof, it’s a sweet and spicy mouthful awash in caramel, vanilla, leather and tobacco that’s worth a bit of a quest. $250.00

While the folks at Beam-Suntory also dropped a stellar 15 year old Knob Creek as a limited edition this year, the brand’s 12 year grabbed our attention and prominent spot on our bar thanks not only to its depth but also its accessibility and more modest price point. For around $60 this is a bottle with quite a bit of wow factor for your taste buds. Big traditional notes of caramel, vanilla and spice but the extra three years in the barrel compared to the standard bearing nine year, have added enhanced balance and created a deeper more luxuriant mouthful. $58.00

A new addition to the Ardbeg core range, Wee Beastie displays a shocking amount of depth for a single malt only aged a short five years. It’s an excellent Islay whisky and currently one of the most affordable to emerge from the island. After a quick stint in both ex-bourbon and Oloroso sherry casks is already loaded up with a deep chocolate flavor, licorice, salt and pepper, a heap of peaty smoke and traditional Islay medicinal notes make Wee Beastie a helluva dram. $120.00

Port-finished whisky can be a bit of a sticky wicket. If the spirit sits too long, the wine flavors overpower the whisky. If it doesn’t rest long enough, the experience can be fairly middling. Thankfully, Rachel Barrie and her team at GlenDronach got this one just right. Port Wood takes the brand’s Highland spirit — aged in Pedro Ximénez and Oloroso sherry casks — and builds more flavors through another maturation cycle in port pipes from the Douro Valley in Portugal. The result is an exquisitely fruity dram, balanced by pungent baking spices and toasty wood. $90.00

Glenmorangie A Tale of Cake

When we heard the name, we thought this latest drop from Glenmorangie was going to be an overly sweet and cloying marketing gimmick. But second guessing Dr. Bill Lumsden and company is a fool’s errand. Glenmorangie Cake is in fact quite divine. A lovely heat gently radiates the palate, while flashes of peanut butter, shortbread, coconut cream pie and a hint of pineapple sparkle through a lingering pear syrup with a weighty toasted nutty finish. It’s just weird enough to make a great whisky. $120.00

Islay maker Bruichladdich is probably best known for their wicked peat bombs in the Octomore series, but they do make some un-peated expressions as well, including their delicious house style Classic Laddie and their annual release Black Art. This year’s edition, 08.1 was barreled way back in 1994 and while it’s objectively an expensive bottle, it’s actually not ridiculously priced for a 26 year old single malt. Black Art is a delectably complex whisky, and while it did more than two and a half decades in the barrel, the oak is gentle texture soft and supple. Sweet notes a la vanilla, fruit, and caramel dance around tobacco, spice and dried herbs, making every sip incredibly luxurious. $550.00

Given the chance, we think Wild Turkey Rare Breed Rye, could quickly become a go to for many rye enthusiasts. While the rye portion of the mash bill is only 51% it’s still packs a good dose of spice. It’s barrel proof, uncut at 112.2 proof, giving it a pleasant intensity and loads of flavors like caramel, fruit, biscuits and mellow saltwater taffy note that lead to a spicy, peppery finish. $72.00

One of the most interesting, recent ideas in whiskey, Pinhook’s Vertical Series took 450 MGP rye barrels and is releasing them as they age from four to twelve years, so consumers can track the evolution of flavors with time. The four year rye, concocted by master taster Sean Josephs, is a phenomenal whiskey. It’s a high rye, 95% with 5% malted barley, spirit that after only four short years in wood is already, fruity, spicy, complex and balanced. We can’t wait to see what another year, and the next eight, in the barrels yields. $50.00

Michter’s limited releases tend to sell out in short order but we have still seen a few of the 2020 Toasted Barrel Strength Barrel Finish Ryes on the shelf, so if you see one snap it up. The brand uses two different barrels to make this expression, a traditionally charred new American oak variety and then a second more lightly “toasted” one made from 2 year air dried wood. The result is a complex and intense whiskey laden with caramel, cherry, brown butter and of course spice with a finish that will take any rye lover straight to their happy place. $280.00