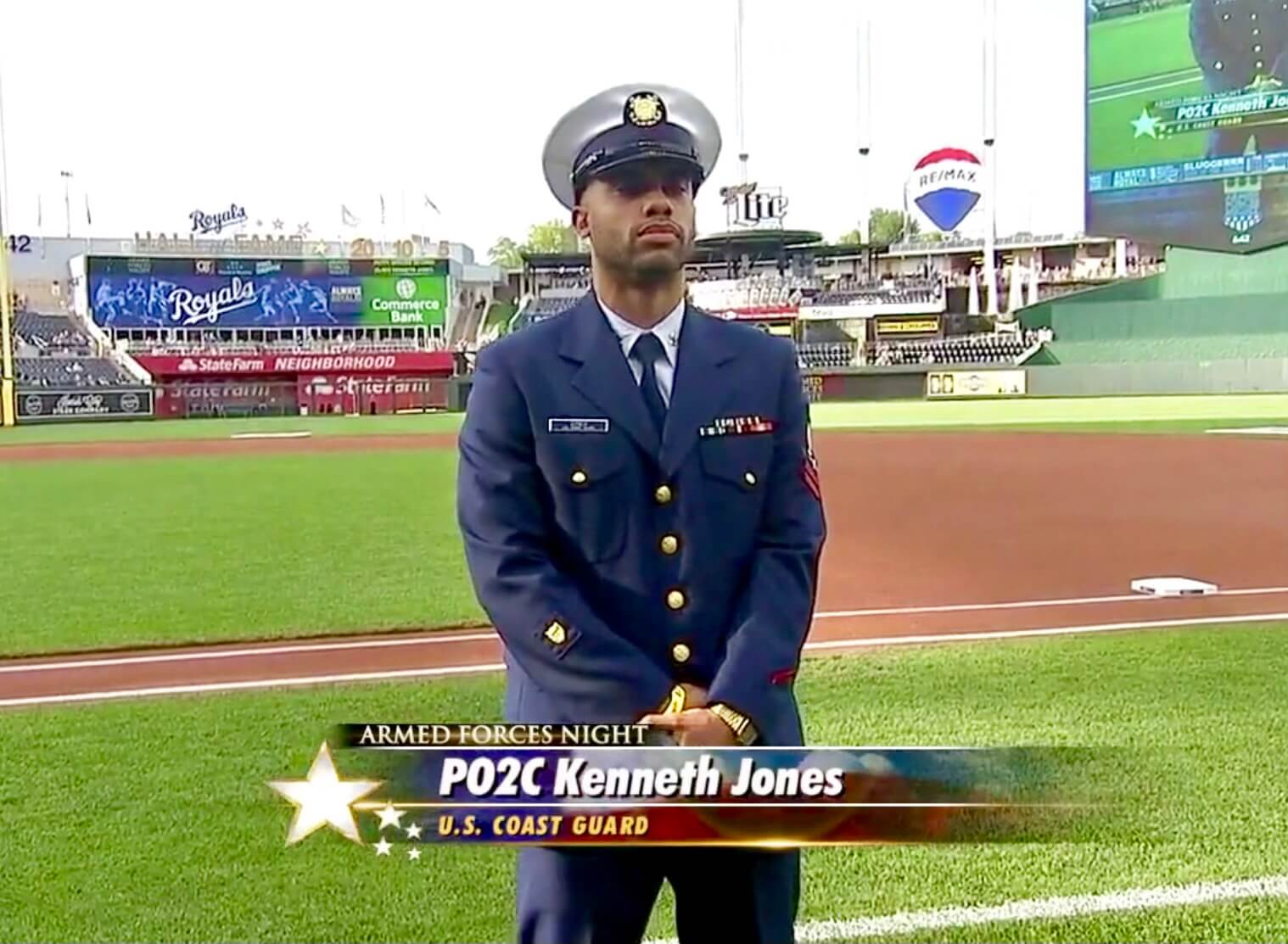 Yeoman 2nd Class Kenny Jones wears his pride for Virginia Beach — its culture, its beachfront, its military presence — on his sleeve.

He’ll soon be wearing that pride on his feet.

Jones, who last month celebrated six years of service for the Coast Guard, recently won an Instagram contest to design a Nike shoe. The contest, organized by the @nikesbornothing Instagram account (and not affiliated with Nike), encouraged fans of the Nike SB Dunk shoe to design a version to represent a city of their choice.

Jones, 28, picked Virginia Beach, the place where he grew up. His father, a Navy man who served on submarines, moved the family there when Jones was in first grade.

The shoe he designed is Navy blue, a nod to the region’s large Navy and Coast Guard populations, and the Nike swoosh is silver, a reference to the Navy’s steel ships.

On the side is a trident, representing the King Neptune statue that guards the Virginia Beach oceanfront. A musical symbol references some of the music superstars that hail from Virginia Beach, like Pharrell and Timbaland. Blue waves and a tan outsole evoke the sand and surf.

Sometimes Virginia Beach can be overlooked, Jones said, but it’s a place that people are proud of, and his design was a way to display this pride.

“I want them to continue to feel proud of the area that we’re from,” Jones said. “Everything about it, whether it’s the oceanfront that we have, or the military aspect, to be proud of those who serve in this area.”

For Coast Guard members, Hampton Roads, a coastal region that includes Virginia Beach, Norfolk, and Chesapeake, the city where Jones lives and works for the Coast Guard Communications Command, has special meaning, he added, since so many members have been stationed in the region.

When he posted his Virginia Beach design on his Instagram account, it attracted a boatload of likes. In late March, the @nikesbornothing account announced that Jones’ design had won its “Have a Nike SB Day” contest.

Jones also received a shout out from Jason M. Vanderhaden, Master Chief Petty Officer of the Coast Guard, who tweeted his congratulations.

For Jones, who said he is naturally a quiet guy, the response, especially from prominent leaders like Warner and Vanderhaden, has been an overwhelming experience.

Jones took the money he was saving for a new pair of Nikes and instead used it to buy a new iPad and Apple Pencil. He’s watching online videos to teach himself design, a way of “investing in myself.”

“I feel like I got an opportunity, so I don’t want to waste it,” he said.

He wants to pursue the dream he’s had for a long time: to design shoes and other apparel. These days, when he’s not at work or spending time with his wife and their three-year-old son, he’s working on making that dream come true.

And he’s waiting for a special custom pair of Virginia Beach-themed Nike SBs. As the contest winner, Jones’ custom design will be created by a company called ReverseLand.

When will the shoes be available? He says he’ll let his fans know on Instagram.