Honoring Vets: Carry The Load partners with VA’s national cemeteries - We Are The Mighty 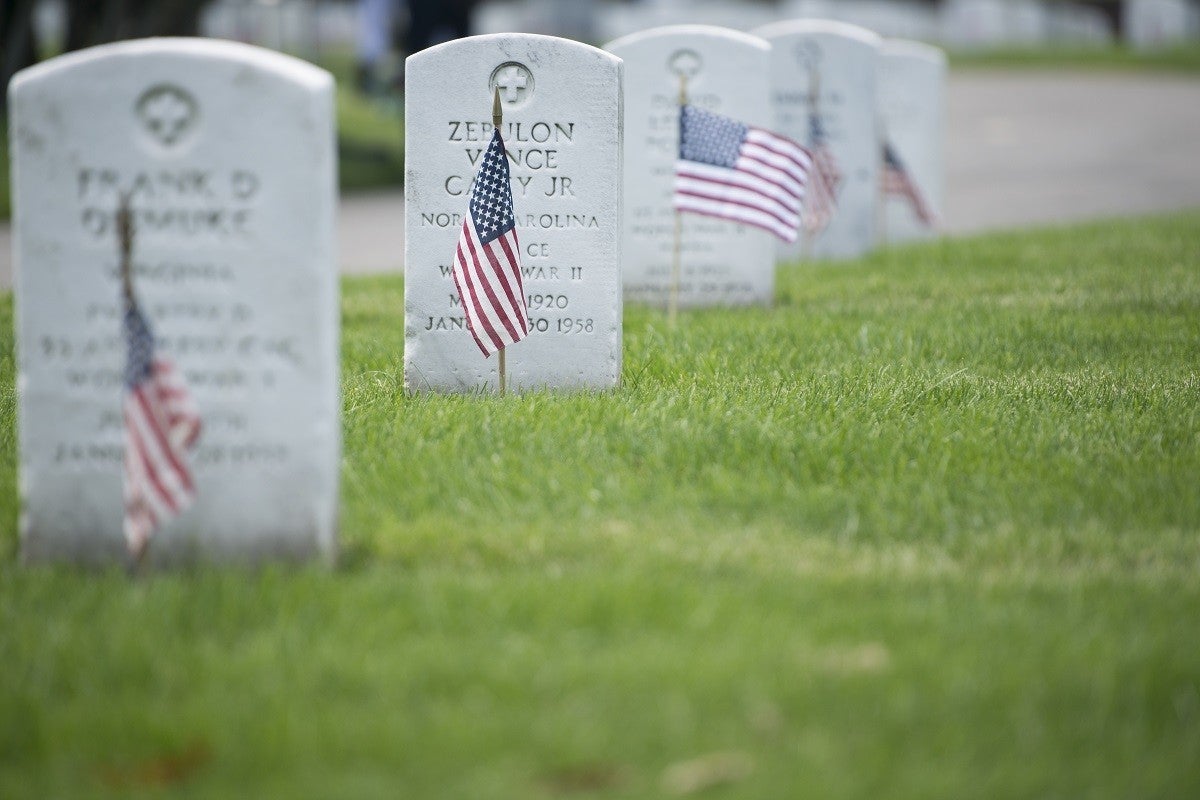 Carry The Load is partnering with VA’s national cemeteries to honor and remember America’s heroes during Memorial May, the third year in a row.

Carry The Load provides an active way to honor and remember the fallen. During visits across the nation, people can join to hike or bike alongside members. This connects Americans to the sacrifices made by military members, Veterans, first responders and their families. Participants many times carry a paper affixed to their back or backpack, highlighting a fallen hero. This shows who they honor by “carrying the load.”

The Carry The Load team stopped at Culpeper National Cemetery in Virginia May 10. The group was part of the East Coast relay team that started in West Point, New York. One of the team members was Andrew DeLeon, a Marine Corps Veteran who is a current Air Force Reservist and firefighter in Dallas, Texas. He said the relay hits home because he’s lost teammates both in the military and as a firefighter.

“Our mission is to raise awareness across America to bring back the true meaning of Memorial Day,” DeLeon said. “We are honored to be here at one of the national cemeteries. I, along with my fellow teammates, are just trying to pay back, even if it’s just a small piece of appreciation for those that laid down their lives.”

The Culpeper National Cemetery director, an Army Veteran, said the partnership is mutually beneficial by honoring the fallen.

“Carry The Load events enhance the true meaning of the National Cemetery Administration by bringing even more awareness to the sacrifices made by our nation’s heroes,” Jason Hogan said. “Seeing a giant American flag through Culpeper and being a Veteran myself, it gives me a great sense of pride of the millions of people who have sacrificed for this great nation.”

The partnership started April 29 and runs through Memorial Day weekend. Carry The Load marchers will visit 43 national cemeteries in all.

Carry The Load invites people to hike or bike alongside them. Upcoming dates include national cemeteries in the following states:

In keeping with Centers for Disease Control and Prevention guidance aimed at reducing the spread of COVID-19, people wishing to participate in different legs of the Carry The Load march should register in advance at www.carrytheload.org.

Upon registering, participants can participate several ways. People can host a Carry It Anywhere experience, organize a youth Carry The Flag activity, walk in the National Relay, attend a City Rally, or take part virtually throughout the 32-day event.

The event ends May 31 in Dallas, Texas.

While visiting any VA national cemetery, participants should wear face masks and exercise social distancing. Gatherings at national cemeteries will also be subject to size limits.

The list of national cemeteries participating is at https://www.cem.va.gov/docs/National_Cemeteries_along_CTL_Relay_in_2021.pdf.