Hooyah! - The origins of the Navy SEAL battle cry - We Are The Mighty

Hooyah! – The origins of the Navy SEAL battle cry 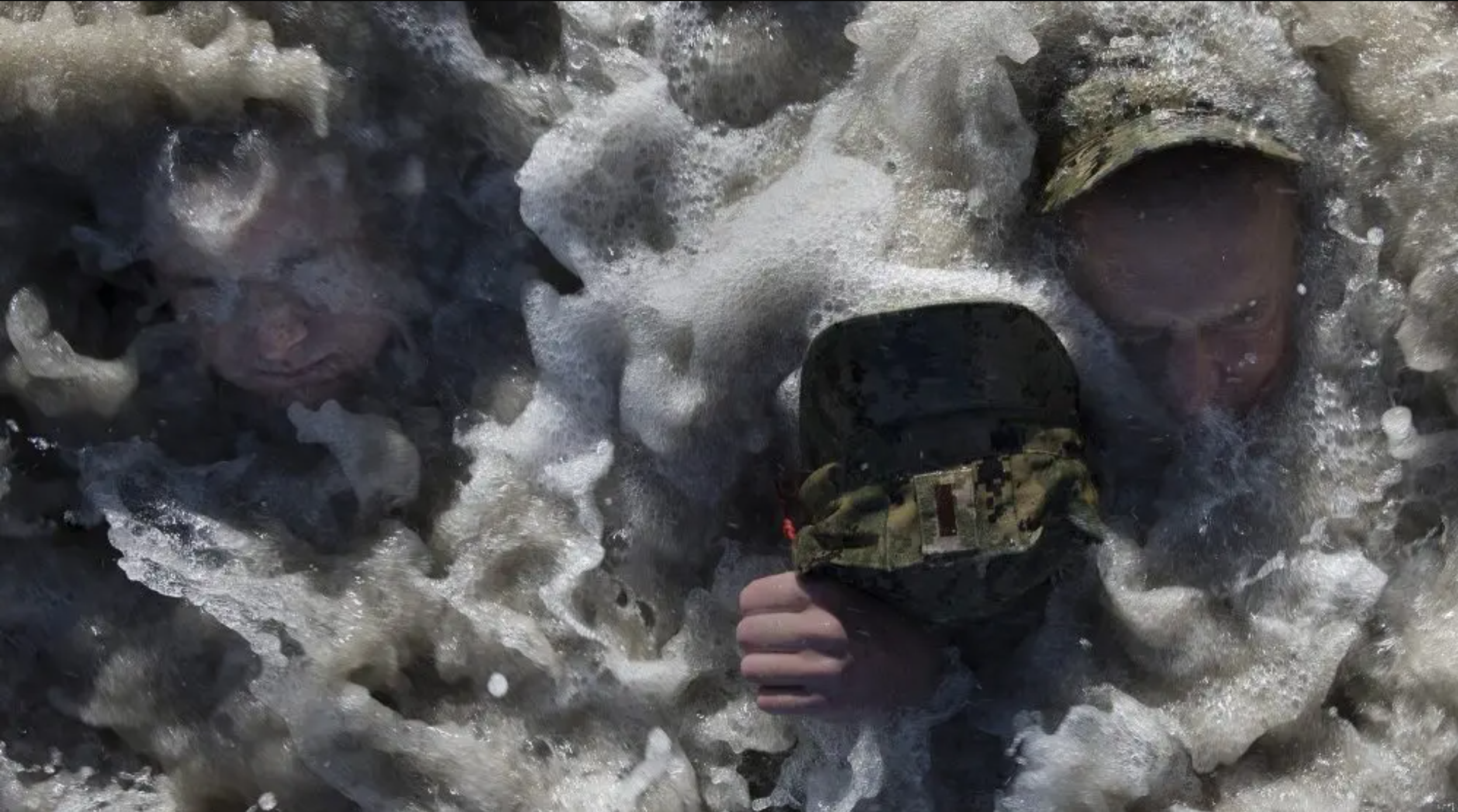 Hooah… Oorah… Hooyah… Few sounds grate on the ears of the non-initiated more than the service battle cry. If you have ever been around U.S. Army personnel for an extended period of time, for example, then you have surely heard “hooah” (rhymes with Tua, as in the NFL quarterback) flung about ad nauseam to indicate accordance with a command, suggestion, directive, exclamation, or any other kind of simple declaration.

“Johnson, go clear that bunker of the enemy!”
“Hooah!!”

You get my drift. It is an indication of the affirmative, a response to almost anything, and a type of verbal salute. The U.S. Marine Corps, on the other hand, has its own battle cry, “oorah” (rhymes with Poobah, as in “the Grand Poobah”). The Marines’ “oorah” is more commonly reserved as a true battle cry than is its Army counterpart. In other words, “oorah” does not get thrown out dozens of times in a 15-minute conversation, but rather, is used to indicate a collective rallying cry, usually in response to some statement of motivation, or love for the Marine Corps.

I am of course horribly simplifying these battle cries, and will no doubt be corrected for some error in my reporting on them. No matter. The above preamble is merely to set the stage for the U.S. Navy SEAL battle cry: “hooyah” (rhymes with boo yah!). The SEAL battle cry, similar to the U.S. Army “hooah,” is heard most commonly (and un-ironically) during Navy SEAL training. BUD/S trainees are expected to bellow a “hooyah” in unison throughout a typical BUD/S training day. They are also expected to use it in answer to instructors when spoken to by them.

“Do you even wanna be here, Petty Officer Johnson?”
“Hooyah, Instructor Miller.”

The SEAL battle cry is also used after BUD/S, when one has made it into the SEAL Teams, but far more selectively. It’s usually in some particularly hairy moment, or when one is making a call-back to BUD/S, SEAL Team lore, or the culture in general.

“The helo can’t go any lower; screw it, let’s just fast-rope from 90 feet instead of the 60 we planned on.”
“Hooyah, man.” (with that resigned look, usually indicating, “Well, this sucks.”)

Again, I am simplifying and not adequately explaining all the ways in which the battle cry is used, but hopefully you get the point. This leads one to ask, where the hell does the battle cry come from? And no, I am not about to launch into the etymology of the word itself (although, I assume it derives from the British huzzah, but that is neither here nor there as far as we are concerned).

Here is what I know about the word’s origin as the Navy SEAL battle cry, which was provided on the occasion of the recent death of retired U.S. Navy Captain James Hobbs on December 12th, 2020. Hobbs graduated with Underwater Demolition Team (UDT) Training Class 16 back in the mid-1950s. UDT Training was BUD/S before it was called BUD/S. One of Hobbs’ instructors, Ken Wortley — who later became a teammate on UDT-12 (the UDTs were precursors to the SEAL Teams) —provided the background:

Jim was the senior trainee in UDT (BUD/S) class 16 in Coronado. That class, number 16, was the first to use the term HOOYAH, which has been a rallying cry of the UDTs and SEALs since that time.

Class 16 used the cry to respond to the BUD/S instructors to perform some difficult training requirements, i.e.: hit the surf in full combat gear, lie in the surf, arms linked with your teammates, get soaked in the 58-degree water, then roll around in the soft sand, and then run to the North Island fence and back to the team area.

This would be the start of Hell Week and the normal reaction of training classes prior to class 16 would be to lose 50 percent of the trainees before lunch the first day. However, class 16 was different. No matter what the instructors demanded the trainees do, the class would shout HOOYAH in defiance and perform the task and this lasted right up to class 16’s completion of training and graduation.

This rallying cry has become a tradition since class 16 in 1956 and is still being used by the SEALs today. Then-LTJG James Hobbs, as senior trainee of class 16, was the individual who was instrumental in getting it started.

So there it is. Of course, I have no way of knowing if this story is absolutely true —or merely apocryphal — nor do I really care. Ultimately, it does not matter how the battle cry came to be, only that it is. The above origin story is as good as any, and to that, I say, Hooyah.