Famous NFL coach, World War II Veteran eager to add to his literary accomplishments - We Are The Mighty 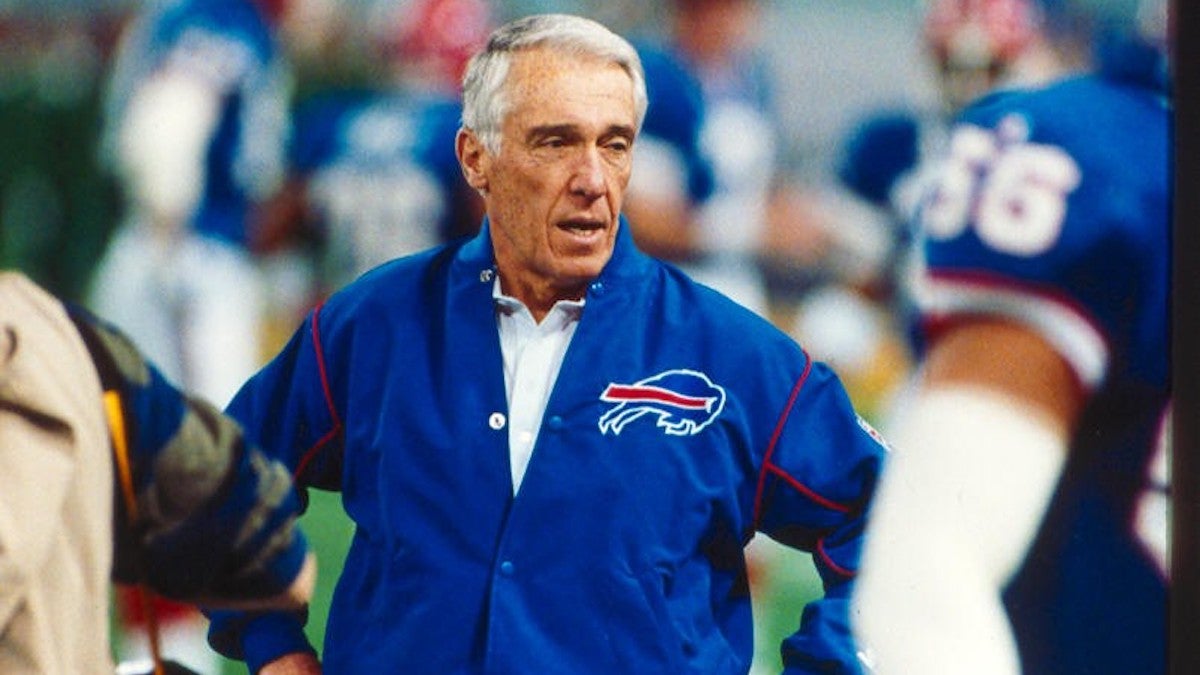 For a man who is 96 years old, Marv Levy has an ambitious drive that is inspiring. He’s thinking of his next literary challenge, with an eye on writing another novel.

“But I’m not sure what it is,” the celebrated NFL coach said in a recent interview. “I keep telling myself I’m going to sit down and plot out what it will about. I’ll figure it out.”

Levy, who earned a master’s degree in English history at Harvard University, has been busy since retiring from coaching in 1997. He has authored a children’s book, “Go, Cubs, Go,” about his hometown Chicago Cubs winning the World Series in 2016; a memoir titled “Where Else Would You Rather Be,” about his nearly five-decade coaching career, which is most remembered for his Buffalo Bills reaching four straight Super Bowls in the 1990s; and a novel called “Between The Lies,” a New York Times bestseller about a coach who cheats to win the Super Bowl.

He has also written a book of poems, one of which he recited during a recent ceremony marking the 75th anniversary of V.J. Day, the Japanese surrender on Sept. 2, 1945, that ended World War II. Speaking by Zoom to “Friends of the National World War II Memorial,” Levy recognized the significance of that day:

“World War II is over, at last it was done. Oh, how we celebrated, was it ever fun. Soldiers, sailors, airmen, and Marines in our spiffy dress uniforms flooded the scenes. Pretty girls wearing gloves and cute little hats, in high-heeled shoes rather than flats, greeted us now wherever we’d go, in the streets or in bars, or at the USO… I’ll remember all of those with whom I served. The greatest generation—a title deserved.”

Levy served during World War II at the Army Air Field in Apalachicola, Florida. He enlisted right after graduating from high school in 1943 and wanted to be a pilot in the Army Air Corps, the predecessor to the U.S. Air Force. A sergeant refused to let him in the air corps because he lacked 20/20 vision, but he managed to train on the base.

“The sergeant found out I was dating his sister in high school,” Levy remembered. “He said, `I’ll let you in. But after basic training, you won’t be able to go to pilot school.’ So I became a meteorologist. I was a meteorologist at Apalachicola and one or two other bases. But most of my time was at the Apalachicola base.”

Just as Levy’s unit was to deploy to the Pacific theater, the war ended. He said he felt terrible that he couldn’t be a pilot but remains proud to have served. Three of his high school classmates and one from grade school were killed in the war.

A member of the Pro Football Hall of Fame

Levy explained why World War II struck an emotional chord with him. He had a grandmother who was born in Russia and immigrated to the United States but left behind four brothers who were doctors and college professors. They were among the more than 30,000 Jewish people who were massacred at Babi Yar near the Ukrainian capital, Kyiv, within a two-day span in 1941 when the city was under Nazi occupation.

“World War II has tremendous meaning for me,” Levy said. “I have high regard for the people with whom I served. Our cause was essential because of Nazi Germany, in particular.”

Years later, Levy coached the Bills to Super Bowl appearances in the 1990, 1991, 1992 and 1993 seasons. The Bills lost each one, but Levy is still the only NFL head coach to ever take a team to four straight Super Bowls. He compiled a 154-120-0 record (.562 winning percentage) in 17 NFL seasons and is enshrined today in the Pro Football Hall of Fame in Canton, Ohio.

World War II a `must win’

At a press conference before his final Super Bowl, a reporter asked Levy if he considered the game a “must win.”

“I said, World War II was a must-win,” Levy remembered. “The media were all there, so it came out. The next day at the hotel where we were staying, a man in a restaurant called me over and said he heard my comments and admired them. He told me how meaningful they were. That was a huge compliment for me because I knew and admired him.”

That man was Andy Rooney, the renowned radio and television writer who was best known for his long-running weekly broadcast on the CBS News program “60 Minutes.” Rooney was also an accomplished war correspondent during World War II.

“Serving in World War II was what I wanted to do,” Levy said. “The whole country was totally immersed in the war. Most of us wanted it to be over with. It was quite a day when it ended.”