Time to shave that Movember 'stache ... here's what it's really about - We Are The Mighty 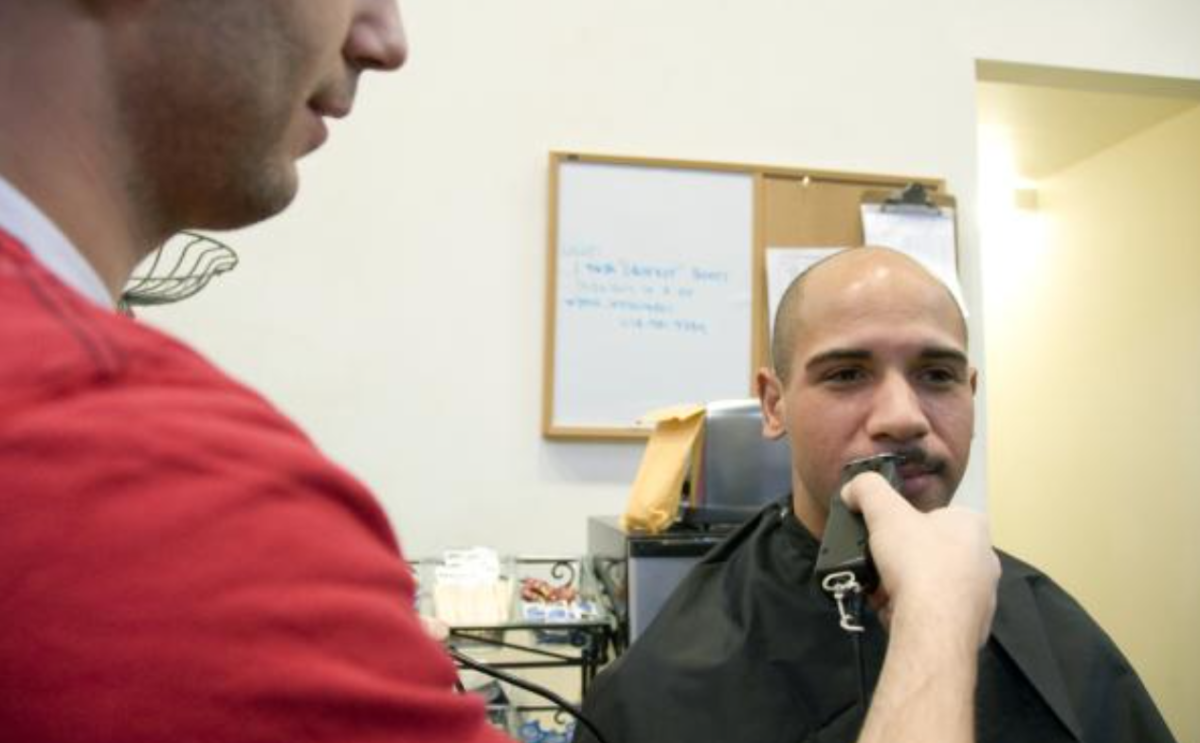 December brings a lot of holiday cheer, but it isn’t the only thing worth getting excited about. Military spouses around the world are all breathing collective sighs of relief that “No shave November” or “Movember” is finally over. It’s also time to finally take the family picture for the holiday card since your hairy honey is finally back to normal. Why do they do it to us? Despite the humor-inducing effects of growing a horrific caterpillar above their lips to creep us out, it’s actually for a really good cause.

After doing some digging, you might change your tune about the ‘stache. The purpose of Movember is to tackle and bring awareness to men’s health issues. It’s also not just a clever phrase, it’s a real thing. The Movember organization is actually a 501c3 nonprofit dedicated to preventing the premature death of men from prostate and testicular cancers – as well as suicides. Studies have proven that the life expectancy of men is shorter than that of women’s and Movember aims to change that.

It was started in 2003 by thirty Mo’s (mustaches) and in 2020, it has since grown to a community of 6.6 million men. Since its inception, over 22.6 million people have donated to support the nonprofit organization and their focus on men’s health. Collectively, it has raised $1.16 billion for men’s health causes.

It’s more than growing out the ‘stash that creates cringe worthy pictures. It’s a conversation starter to a more open dialog for men to pay attention to their health. For veterans, this is especially vital. While groups around the world spend November raising money to fund the projects within Movember that support men’s health, one of their biggest focus areas is preventing suicide. This is an issue that is particularly important for the military community especially. Reports alarmingly show that more veterans are losing their lives to suicide than combat related injury.

So, why are men dying before women? There are many reasons that this can be attributed to. But one to pay particular attention to is their reluctance to seek help. Men are less likely to see a doctor or therapist for issues that come up, for a variety of reasons, but one is the mentality of remaining ‘tough’. Movember is about highlighting that caring and doing something about your health is being strong.

While us military spouses will never, ever… evvvvvveerrrr…. truly like Movember, we should complain a little less after reading through this. The dreaded mustache growing season is a month long dedication to ending the stigma around open mental health discussions and to encourage men to prioritize their health. Although we don’t want those ‘stashes sticking around come December 1, we do want them with us as long as possible. Movember – despite the horrific ‘stashes it brings – will help with that.
To learn more about Movember and how you can support men’s health issues, click here.