How to jump out of a perfectly good airplane the Navy SEAL way. This could save your life! - We Are The Mighty

How to jump out of a perfectly good airplane the Navy SEAL way. This could save your life! 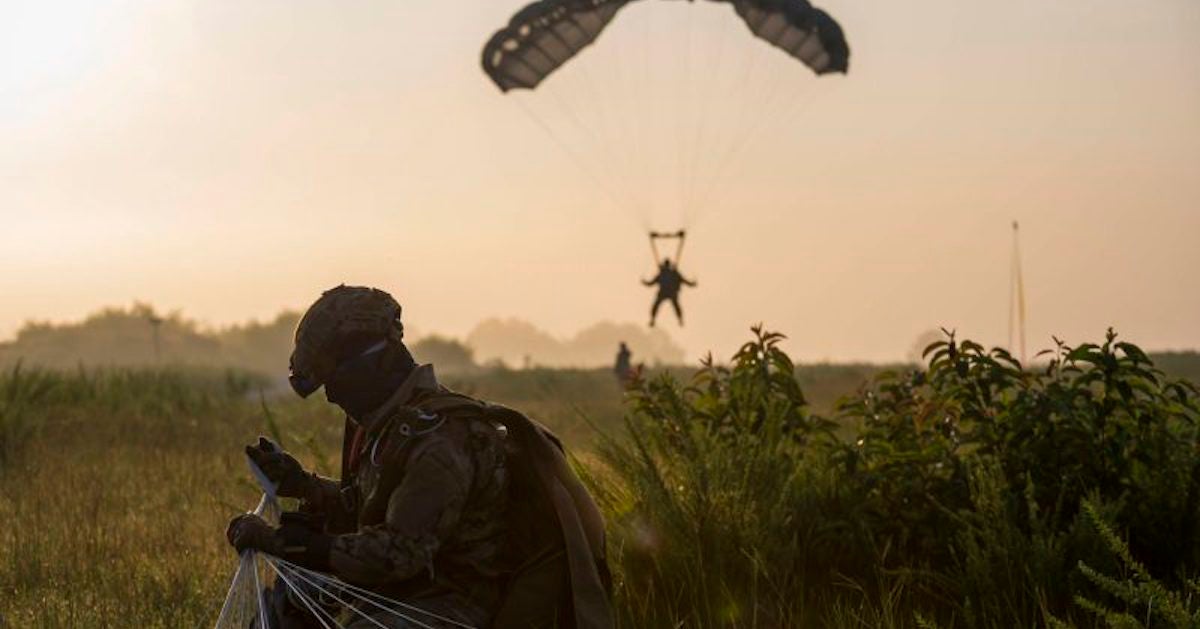 Several years ago I filmed a video for Business Insider about my experience with civilian skydiving. It turned out to be a controversial one.

At the time I was taking my military parachute qualification and transferring it to a civilian skydive license at a drop zone in San Diego, California.

The skydiving community was outraged and I received hundreds of emails. “How could you say this!” “You’re ruining our industry!!!” were some of the nicer emails I received.

The truth is that a lot of drop zones — like gun ranges — are very poorly run, and the staff isn’t professional or nice. Worse yet, they sometimes overlook critical safety checks and often have lax protocols.

Most people probably didn’t watch the video all the way through. This is just more proof that people rarely read past the headline before they are ready to light the torches and start burning down the town square.

The video had millions of views and was titled something like, “A Navy SEAL tells us why he’ll never skydive again…” This, actually, isn’t true: I still enjoy skydiving and since I’m flying aerobatics in my plane I have to strap on a chute as well. Hopefully, I’ll never use it unless the wings fly off my RV8!

In the video below, I’m telling the story again but in greater detail. In addition, I give some practical advice on what to look for in a drop zone. I see so many people putting their lives in the hands of completely incompetent drop zone staff when there are some incredible professionals out there that will take care of you.

It’s so strange that something so dangerous never really gets scrutinized by the people that participate in it.

If you’re going for surgery you are probably going to do some research right? Isn’t it the same with skydiving? You’d hope so but no, most people don’t ask some basic questions.

Hopefully, this video will help.