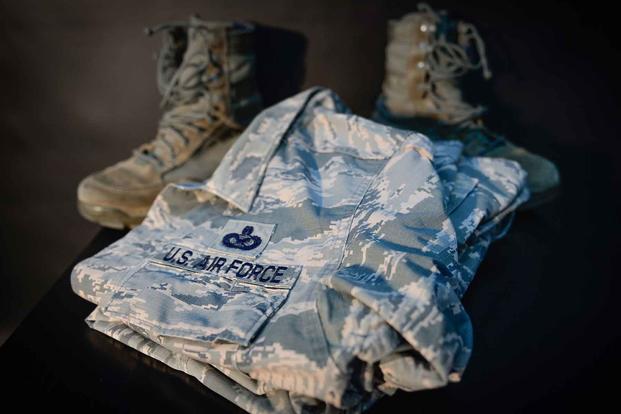 It’s almost time to say goodbye to the tiger stripe.

The U.S. Air Force is approaching its sunset date for the Airman Battle Uniform, known as the ABU, in favor of the Army‘s Operational Camouflage Uniform. The service approved the OCP to be worn full time beginning Oct. 1, 2018, with the expectation that all airmen and Space Force guardians would make the changeover by April 1, 2021.

The service asked airmen at McGhee Tyson Air National Guard Base in Tennessee whether they had any final words on the ABU, which has been their standard service duty uniform for more than a decade. Some said they aren’t sad to see it go, while others saw its potential, according to a release.

Master Sgt. Mike Smith at the base’s I.G. Brown Training and Education Center asked airmen their opinions and received a variety of responses.Advertisement

“Not since leisure suit wearers were cool has an outfit been so disliked and oppositely loved,” he said in the release. “One opponent compared its camouflage design to an over-patterned couch; another advocate hailed its unique ability to channel the wind down her sleeves, from one arm to the other while driving down the road — she will miss that.”

In 2013, The Washington Post reported that there were 10 different types of military camouflage uniforms floating around, dependent on where a service member was stationed.

The ABU’s “tiger stripe” pattern was supposed to pay homage to camouflage used during the Vietnam War, according to the Post. But early iterations “looked slightly off” from one uniform to the next, with multiple shades making up the pattern, Smith said.

The ABU didn’t really help airmen blend in in Afghanistan. As a precaution, airmen were issued the Operation Enduring Freedom Camouflage Pattern, the same as their soldier brethren, when deploying outside the wire — unless they were in the mountains.

“Turned out, the ABU pattern blended into the mountains extremely well,” an airman who had once stationed at Bagram Airfield told Smith.

“ABUs came in handy when I wanted to blend in with concrete,” another airman told him.

Respondents also panned the ABU’s matching footwear. Airmen knew to keep a pair of shoes handy when changing after work because “there were no doubts that the sage-green boots weren’t hip with a pair of blue jeans and a T-shirt,” Smith said in the release. “It looked about as stylish as a fat collar and polyester bell-bottoms.”

If airmen accidentally forgot spare shoes during a TDY, they “had to own it,” one airman told Smith. “Or you stayed in the dorm.”

Still, the ABU has its perks. Troops can wash and wear the uniform without having to iron or press it, and the oversized apron-style front pockets help airmen pack extra items like “a handful of cookies and a banana to stash on your way out,” Smith wrote.

Airmen also have liked having their rank prominently displayed on the sleeve.

While the OCP uniform was designed with fit and function in mind for both men and women, ranks and name tape will be velcroed on instead of sewn like it is on the ABU. The service is working to manufacture new OCP name and service tape that is less busy to make it easier to identify air and space personnel.

“History will show that the U.S. Air Force once had a unique utility uniform that, no matter our opinions of it, airmen wore with absolute pride all over the world,” Smith wrote.

“For those last holdouts: It’s time to fold it up,” he added. “Now Airmen share their cloth with the U.S. Army’s Soldiers and the U.S. Space Force’s Guardians, and that’s ‘Dynomite.’”