Nonprofit to collect Valentines for veterans and forward deployed 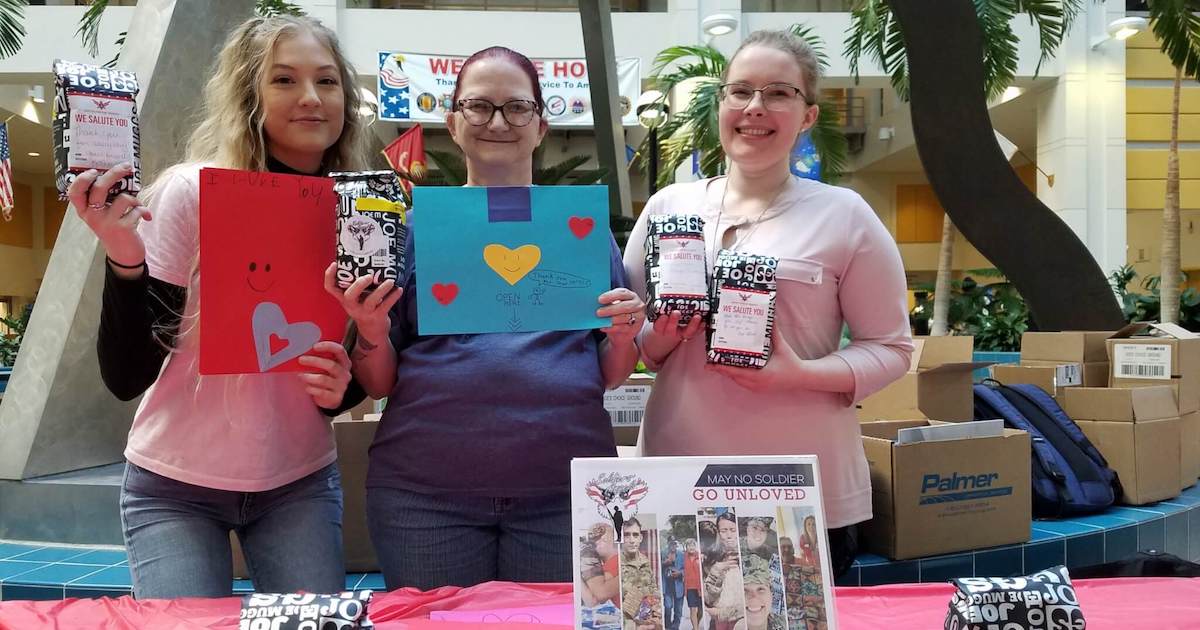 Soldier’s Angels, a national non-profit organization, is continuing its annual tradition of collecting Valentine’s Day cards to send to veterans in VA hospitals and to those who are forward deployed. But this year they are asking volunteers to include a financial donation of $1 to their cards.

Each year, Soldier’s Angels collects thousands of Valentine’s Day cards to send to veterans around the country as well as to service members who are deployed overseas. However, this year, with the increase in the cost of shipping, the non-profit cannot afford to send the boxes of cards.

“This year the organization is asking for those who send Valentine’s cards to include $1 per card. The money received will help to offset the cost of shipping boxes of cards overseas or shipping to representatives for distribution at VA Hospitals,” a press release statement said.

Soldier’s Angels is a non-profit organization that provides aid, comfort, and resources to active military, veterans, and their families. It was founded in 2003 by the mother of two soldiers and it currently has thousands of volunteers that assist veterans, deployed service members, and their families. Solider’s Angels volunteer network is mostly virtual this year due to COVID-19 restrictions but they continue to provide support in the form of care packages, hand-crafted items, and cards and letters.

Although the act of sending a simple card is small, the leaders at Soldier’s Angels note that it can mean a great deal to veterans and those who are deployed.

“Many deployed service members do not receive any mail from home,” said Amy Palmer, Soldiers’ Angels CEO, and a U.S. Air Force Veteran in a press release.

“Receiving a card from someone they may not know, but who supports them nonetheless, is a fantastic way to boost the morale of our service members.”

In addition to those who are deployed, veterans in VA hospitals are experiencing even less interaction from family due to COVID-19 precautions.

Many are staying in a hospital that may be many miles or several states away from their nearest family members,” Palmer said.

“And, due to COVID-19 restrictions, these patients may not have any visitors so receiving a card or other support helps to keep them going.”

If you would like to send a Valentine’s Day card, along with a $1 donation per card, to Soldier’s Angels, you can send it to the address below:

If you would like more information about their Valentine’s Day project, you can visit their website here.