Sergeant Major of the Army turns to Instagram to improve command climate, meme pages respond - We Are The Mighty 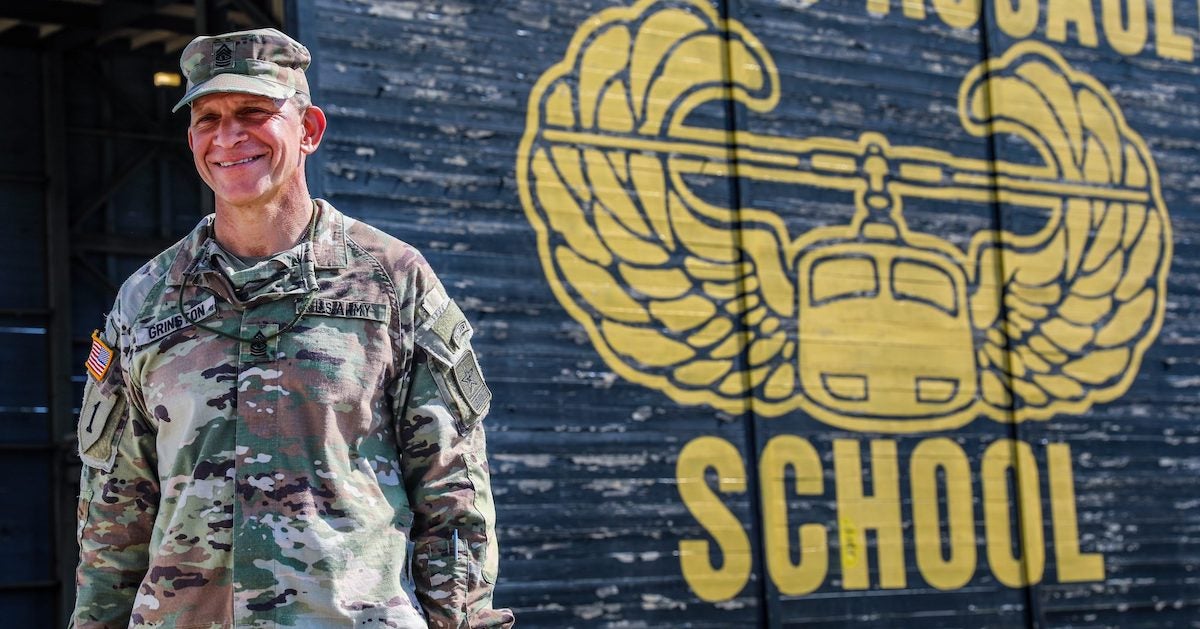 As 2020 came to an end, Sgt. Maj. of the Army Michael Grinston reached out on Instagram for help improving leadership and morale going forward.

“Seeing a lot of pages on here that don’t seem to think we are talking to or actually caring about our Soldiers. Here are the core tenets of This Is My Squad – have been since Spring 2019. These are what we’re asking JR Leaders to do. I’m open to the feedback on what we’re missing … you can be part of the solution.”

The post attracted hundreds of comments, many of them from popular military meme pages.

“When we look at how soldiers get information, I have to meet them where they are,” Grinston told Coffee or Die Magazine through email. “The internet flattens communication in a way we’ve never seen before. Official communication channels are still important, but social media offers another venue to hear what is important to Soldiers.”

Responses to Grinston’s experiment ranged from positive and productive to comical and cynical.

“The issues in the Army today aren’t from the squad level,” a retired senior NCO wrote in one comment. “Hold Bn and Brigade level leaders accountable. That will inspire and empower squads and teams. Not a slide on just being a good dude.”

As the conversation continued through the weekend and spilled over into follow-up posts, several topics stood out in the comments: destigmatizing behavioral health, improving leadership and morale, and suicide prevention.

“This weekend, I took a big gamble and called the milMeme community to the carpet,” Grinston wrote in a follow-up post Jan. 2. “What they brought was possibly one of the best command climate surveys you’ll get all year. If you’re in charge of Soldiers, you owe it to yourself to take a look through the comments and apply it to your formation.”

One commenter said the “alarming rate of suicides” at his unit were being “swept under the rug.”

“Leaders that actually care, can’t fix the issues,” he wrote. “They have their hands tied or are blocked out by caustic leadership […] that only care about the mission. The OP tempo is so constant and without pause that soldiers in the formation turn to alcohol as a coping mechanism. Any of your Junior NCO’s or E6’s that attempt to call it out openly are blacklisted and their progression halted. It’s what continues to force your good leaders out. They realize they cannot fix the formation […] That is why they turn here. There is, across Instagram, a fantastic source of leadership that comes here to vent. These men and women are who we need to stay in.”

The soldier behind the Hunter Seven Foundation Instagram page told Coffee or Die Magazine that the Army has a serious suicide problem that requires Grinston and Army leaders to “take command from the front and lead by example.” He said the conversations happening on Instagram are often more valuable than traditional surveys and communications about improving command climate and leadership.

“In the annual January briefings, we’ll hear all about ‘safety this and that’ and ‘say no to drugs’ and suicide awareness,” he said. “And then a month later during workup, your command turns a blind eye to your drinking problem and serious steroid use and doesn’t want to hear about your divorce and two kids and nightmares. And if the command does hear about it, they’ll yank you from your team. So yeah, this is extremely valuable.”

One commenter suggested implementing a system by which leaders could be rated by their subordinates and that input be included in performance reports.

“The Army likes to talk about servant leadership, but when it’s time for leaders to get their grade, the very people who they are in charge of don’t have any input,” Patrolbasehero wrote. “I think it would help the culture of leaders continually looking up without realizing what (their Soldiers) they are standing on.”

Another post said soldiers should be able to seek behavioral health services and not be vilified for it.

“You shouldn’t have to suffer in silence until you break,” it said. “Leadership HAS to be better.”

In one follow-up post promoting the value of behavioral health services, Grinston posted, “Things can’t change until the stigma does. When you’re ready to talk, reach out. It’s a very small step, but the link in the bio will get you to a counselor for free. If you’re a leader and you think this makes your people weaker, go ahead and DM me.”

The Hunter Seven Foundation page commented, “THATS WHAT IM TALKING ABOUT SMA! Creating change, curving the stigma from the top down.”

“I think this type of engagement is valuable because there’s no repercussions because it’s anonymous,” the soldier behind Hunter Seven’s page said. “No one wants to be the guy known for calling bullshit. Sadly, the command climate frowns upon that. So if literal meme pages need to bog down the sergeant major of the Army’s account to get a response, I mean, strength in numbers. I know a lot of the guys behind these meme pages that have been interacting with the SMA, and they are solid men — operators who have really been there and done that. Most are senior NCOs or E-6 or E-7. Our NCO backbone is jammed between a rock and a wall.”

Grinston said he prefers to go out and talk to soldiers in person, but between the COVID-19 environment and time constraints, social media gives him more ways to listen and interact.

“I think the volume of messages we received showed that people were willing to share,” Grinston said. “There were a number of valid concerns they’d like addressed, and we’re working to address actionable items and identify where leadership may be able to provide support.”

The follow-up post Grinston shared Jan. 2 was a screen grab of a comment from an active-duty senior NCO:

“WE NEED SUPPORT AND EMPOWERMENT […] I am charging all SGMs out there to truly dig into their formations and reengage back to their commanders to FIGHT for the very best of what the soldiers and people deserve. Be a voice for those at the bottom, FIGHT for them until you’re blue in the face and have ALL your 1SGs standing behind you to take up the filibuster.”

Grinston expressed his full support for the comment. “Our Soldiers are speaking,” he wrote. “LEADERS, the ball is in our court.”

He told Coffee or Die the overwhelming response he received on Instagram shows that social media is a valuable space to engage with soldiers and that leaders should be present on digital platforms.

“Soldiers want to see their leaders advocating and fighting for them,” he said. “And those first sergeants and command sergeants major have to be able to give NCOs time and space to operate and then have their backs when they take an action. I hope that being present and engaging people to hear from them will go a long way to show that Army leaders do care and are working to address legitimate concerns. I’m listening and taking action where I can, and leaders at every level, from team leader to the Sergeant Major of the Army owe that to our Soldiers.”