Sisters by blood, now sisters-in-arms: Two sets of sisters graduate recruit training - We Are The Mighty 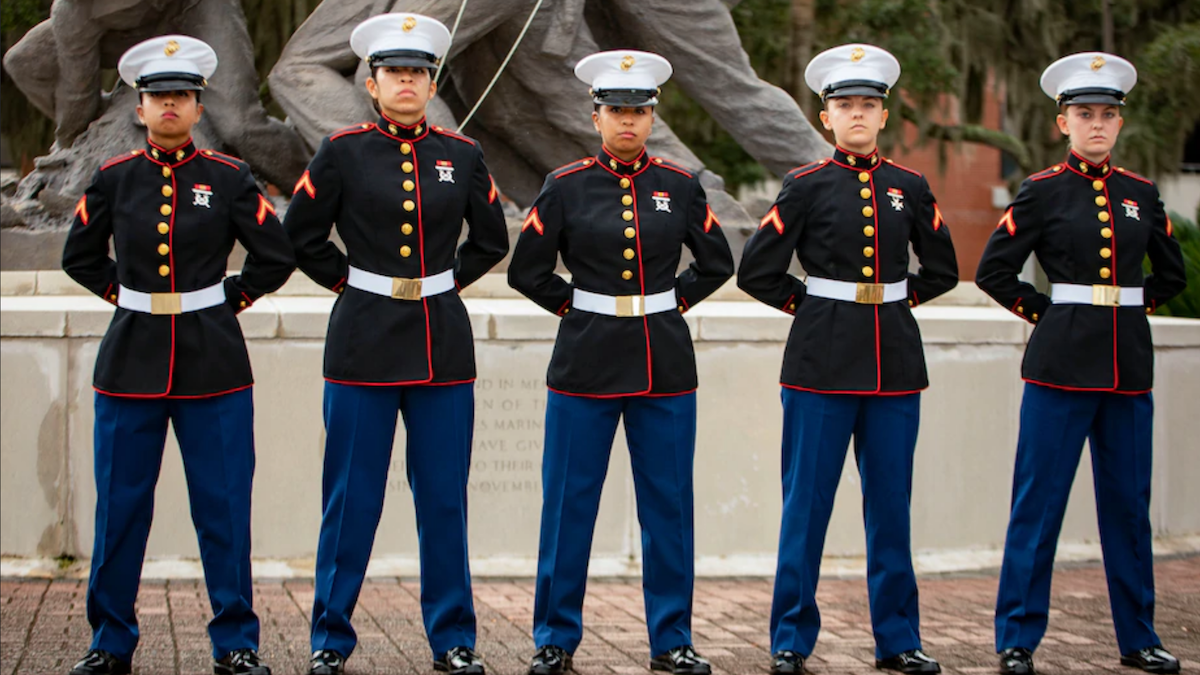 Three days before her grandfather passed away, Ashley Valentine, 19, made a promise to carry on his legacy in the United States armed services. After deciding to join the Marine Corps, her sister Amber, 22, made the decision to enlist as well.

“After talking with the recruiter about how it would impact my life, I was committed,” Amber said. “I was ready to go no matter what.”

Amber waited for her sister to be approved medically before she went to recruit training. The Manassas, Virginia natives, both agreed that having each other to rely on through recruit training helped during some of their highest highs and lowest lows.

“I went through a moment during first phase where I received some bad news in a letter, and she was there to be a shoulder for me to lean on,” Amber said.

The two will not be attending Marine Combat Training together however – Ashley suffered a hip fracture prior to graduation and will be remaining on the island while she heals.

The two sisters both have faith and confidence in each other on the next step of their lives, despite being physically distant. After they complete Combat Training, Amber will continue on in the Communications field and Ashley will be certified as a Motor Transportation Operator.

When Maria, Vanessa and Melissa Placido Jaramillo were young children, they made a pact to join the military together; yet it was their unbreakable bond that got them through the trials of recruit training.

“When one of us is lacking and the other is strong in that area, we always push each other to become the best we can be.”

The three sisters were born in Panama and moved to Las Vegas at a young age. Maria, 21, said she loved war movies growing up; When she saw “Tears of the Sun” for the first time, she said she was truly inspired the join the military. After learning about the ROTC program, she found her true motivation to become a Marine; to honor her family and give back the country who gave her so much.

Her other two sisters, identical twins Melissa and Vanessa, 22, were also in the ROTC program exploring their options of different branches, but it was their younger sister who first spoke with a Marine Corps recruiter.

During recruit training, it was friendly competition and daily positive affirmation that keep their relationship with each other strong, Melissa said.

“When one of us is lacking and the other is strong in that area, we always push each other to become the best we can be,” Melissa said.

“We have an unbreakable bond,” Maria said. “We are always together, but we know how to live separately. I know that my sisters will always be there for me, even when they are not physically with me.”

The three sisters have yet to find out what Military Occupational Specialty they will be assigned, but are looking forward to what the Marine Corps has in store for them. Maria says she is excited to expand her knowledge of a new occupation while completing her education.

These five success stories of triumph and resilience may have come to Parris Island with different mindsets and from different background, but they will forever share the bond of becoming Marines side-by-side.