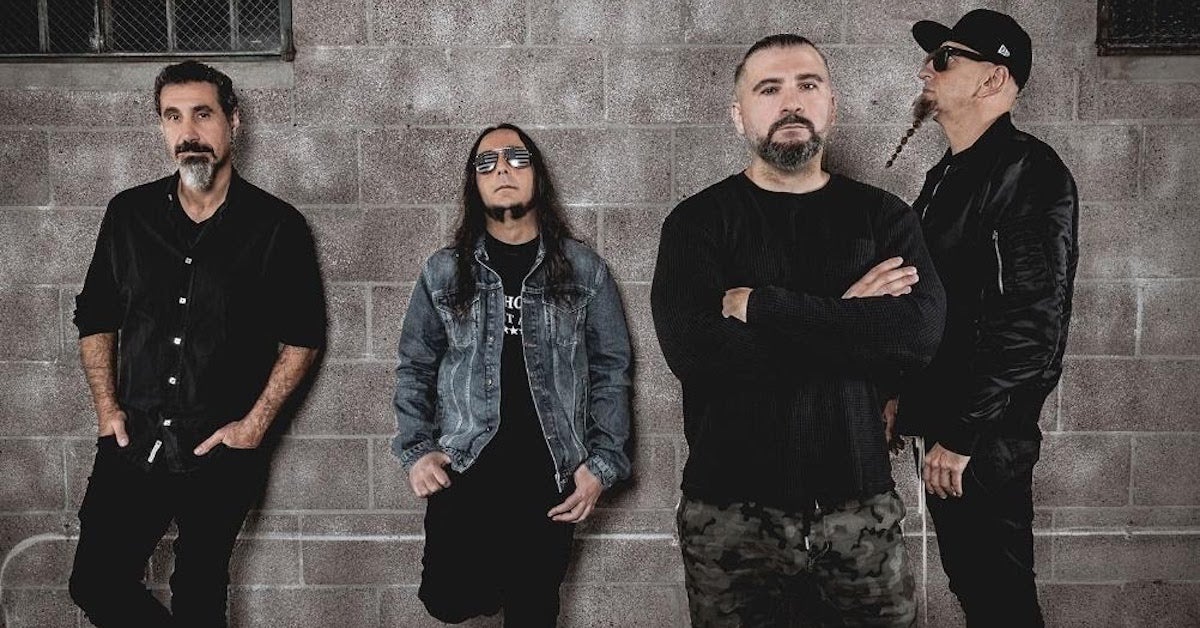 Throughout the Global War on Terror, many an American convoy has rolled to the heavy metal music of bands like Black Sabbath, AC/DC, and System Of A Down. As songs like Fortunate Son, Paint it Black, and For What It’s Worth have become synonymous with the Vietnam War, it’s not unreasonable to anticipate that songs like War Pigs, Highway to Hell, and Chop Suey will remind GWOT veterans of their time in country. System Of A Down in particular was extremely popular with service members in the early days of GWOT.

Formed in 1994, System consisted of Serj Tankian, Daron Malakian, Shavo Odadjian, and Andy Khachaturian who was later replaced by John Dolmayan in 1997. Originally playing under the band name Soil, System was derived from the name of a poem penned by Malakian titled Victims of a Down. “Victims” was changed to “System” in order to appeal to a wider audience and so that the band’s albums would be closer to their musical heroes, Slayer, on store shelves.

The band played an L.A. nightclub in 1995 and recorded a few demo tapes before their first official and professionally recorded song in 1997. The song, P.L.U.C.K., is an abbreviation for “Politically Lying, Unholy, Cowardly Killers”, refers to the Ottoman Empire and the Armenian Genocide. System then started playing more notable venues like the Whiskey-A-Go-Go and Viper Room and caught the attention of producer Rick Rubin. Rubin later signed the band to American/Columbia Records and the rest is history.

In 2006, it seemed like System itself was set to become history. The previous year saw the band’s last recordings with the double album Mezmerize/Hypnotize before their last performance in West Palm Beach, Florida on August 13, 2006. “Tonight will be the last show we play for a long time together,” Malakian said that night. “We’ll be back. We just don’t know when.”

True to their word, System returned from their hiatus in 2011 and began a world tour through North America, South America, Europe, and Australia. System’s popularity had not waned, with their only 2013 U.S. performance at the Hollywood Bowl selling out just a few hours after tickets went on sale. The next year, the band announced the Wake Up The Souls Tour to commemorate the 100th anniversary of the Armenian Genocide. The tour included their first performance in their ancestral home of Armenia in 2015. System played a free concert in Republic Square in Yerevan, the country’s capital, which was met with wide acclaim.

Though System has continued to tour and perform, the band had not recorded any new material since 2005. That all changed on November 5, 2020 with the release of Genocidal Humanoidz and Protect the Land, the band’s first new songs in 15 years. The songs were written in 2017 and 2018 respectively and are inspired by the conflict faced by the ethnic Armenian people of the Artsakh region. The disputed border region saw the return of skirmishes in July 2020 which prompted responses by both Azeri and Armenian people around the world. The skirmishes escalated into a full-blown war on the morning of September 27, 2020.

Known to Armenians and the ethnically-Armenian people who call it home as Artsakh, the Nagorno-Karabakh region is internationally recognized as part of Azerbaijan. However, the people who inhabit the land view themselves as a self-determined independent state. The latest conflict sees Azerbaijan being backed by Turkey and fielding Syrian mercenaries as well as Israeli-supplied weapons systems like UASs. On the other side of the conflict, Artsakh Defense Forces are being augmented by Armenian Armed Forces as well as Armenian diaspora, communities of ethnic Armenians around the world which were largely formed by refugees of the Armenian Genocide.

Though a ceasefire brokered by Russia came into effect on October 10, conflict has continued. As of the writing of this article, Armenia has announced 1,177 servicemen killed and 21 captured. Azerbaijan has not released any of their official casualty figures, however, the Syrian Observatory for Human Rights has reported the deaths of 250 Syrian mercenaries. Both sides have reported civilian casualties and injuries totaling nearly 700. Additionally, the Office of the United Nations High Commissioner for Human Rights has reported some 40,000 Azerbaijani and 90,000 ethnic Armenians have been displaced as a result of the fighting.

In response to the war, System released their new songs to bring attention to the conflict that threatens their cultural homeland. Protect The Land was also released with its own music video depicting both diaspora Armenians and footage from the frontlines. “The time to do this is now, as together, the four of us have something extremely important to say as a unified voice,” reads the band’s statement on their website. “The music and lyrics speak for themselves. We need you to speak for Artsakh.”

The band is using their new music as a platform to raise funds through donations to the Aid for Artsakh Campaign under the Armenia Fund to provide aid to people who have been affected by the war. The band’s proceeds on purchases of the new songs are also going toward the Armenia Fund.