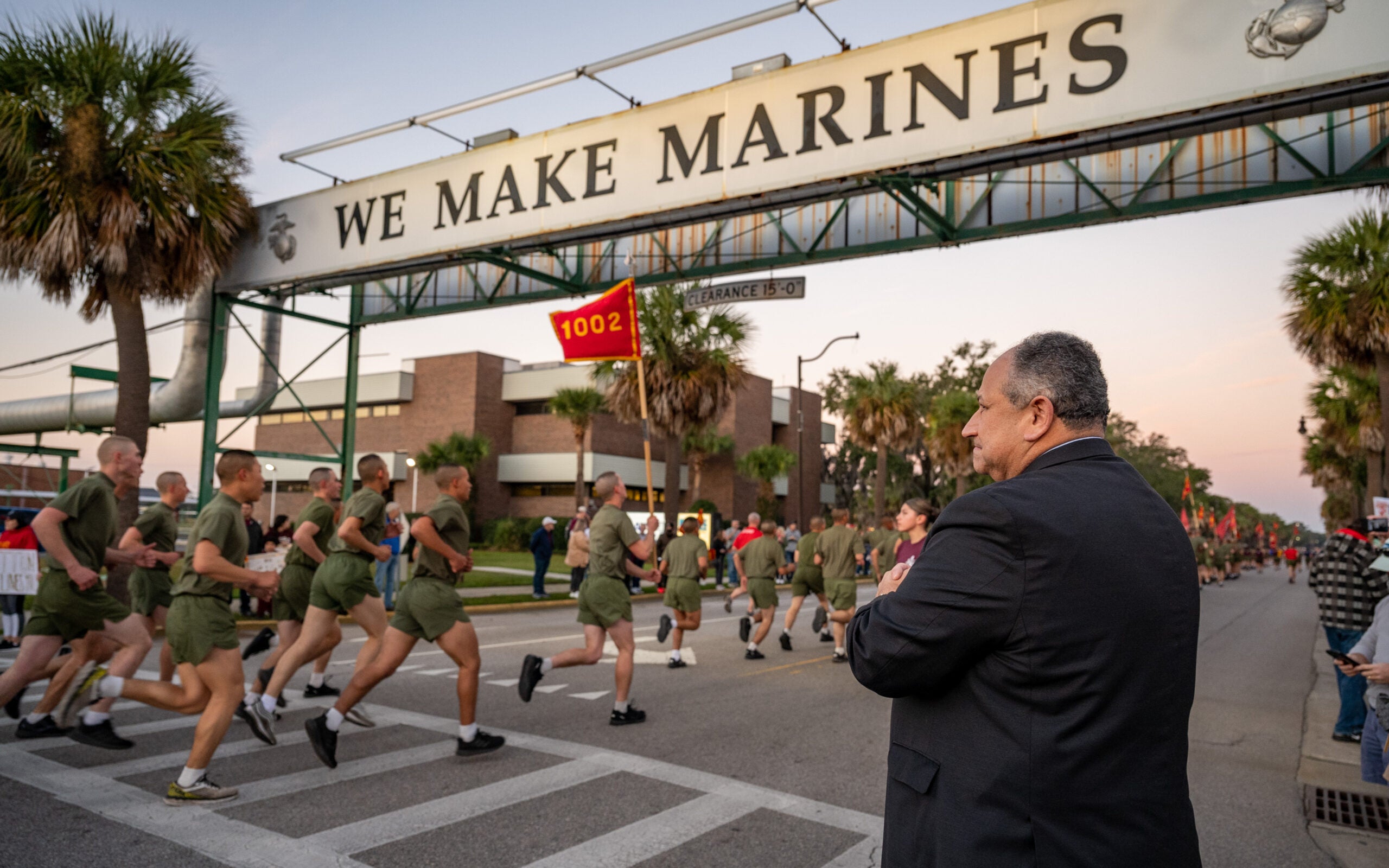 Marines, sound off! The Marine Corps Recruit Depot at Parris Island is a straight-up institution as far as the USMC is concerned. No, seriously. It’s truly one of the most hallowed grounds for Marines. In fact, it’s been training Marines since 1915. That makes it one of the oldest Marine training installations in the country. The history of the base stretches back even further – all the way back to 1891 when Marines were first assigned to Parris island. Later, quarters were constructed and today it serves as the initial toe-in-the-water experience for our country’s newest enlisted Marines.

Often abbreviated as MCRD PI, Marine Corps Recruit Depot at Parris Island is located within Port Royal, South Carolina. It’s about eight clicks from Beaufort. On average, about 17,000 recruits are trained at this installation. Training takes thirteen weeks and during that time, recruits are basically cut off from the world.

If you’re heading to MCRD Parris Island, read on to discover what to expect.

Marine Corps Recruit Depot Parris Island is located on Parris Island and several smaller islands approximately 4 miles south of the City of Beaufort, South Carolina. Prior to 1929, a ferry provided transportation to and from the island. These days, there’s a causeway that connects the MCRD to the rest of civilization.

MCRD Parris Island can be reached by car using the following routes.

Heading in from the north? Take I-95 S to US-17N to US-21 S, then follow signs for the Parris Island Gateway and MCRD Parris Island

Driving from the south? Take I-95 N to US-278 E, then follow signs for the Parris Island Gateway and MCRD Parris Island

Driving: Driving would allow you to visit nearby Savannah, GA and Charleston, SC. MCRD Parris Island is an island off the coast of South Carolina, so be sure you’re ready for a long drive if you come by car!

Marine Corps Recruit Depot at Parris Island makes Marines by “recruiting quality young men and women and transforming them through the foundations of rigorous basic training, our shared legacy and a commitment to our core values preparing them to win our nation’s battles in service to the country.”

The MCRD Parris Island is primarily a training facility for the Marine Corps and is home to both the Weapons and Field Training Battalion and the Headquarters and Service Battalion.

In the first place, the objective of recruit training is similiar to all other DoD boot camps. The goal is to make service members who embody and personify Marine Corps values. Each Marine who completes training at Parris Island will leave understanding personal discipline, military bearing, and character development.

The Headquarters and Service Battalion is the parent command for the personnel who provide continuous support to the depot and its subordinate commands in order to accomplish the depot’s mission of “making marines.”

Later, in February 1949, a separate “command” was activated for the sole purpose of training female recruits. This command has since been designated the 4th Recruit Training Battalion and is the only battalion in the Corps to train female recruits.

When the Korean conflict began in 1950, there were 2,350 recruits in training. From then until the 1st Marine Division was withdrawn from Korea in 1955, Parris Island drill instructors trained more than 138,000 recruits.

Since Parris Island trains so many recruits, plenty go on to do spectacular things. Check out this story of the “deadliest recruit” to ever pass through Parris Island.

Things to Do Around Parris Island

Savannah, Georgia (43.4 miles) – It’s just an hour drive to Savannah, which is great for a day trip. There are plenty of historical spots, beautiful parks, and waterfront restaurants to visit!

Housing at Parris Island is outsourced to a private company, much like many other DoD installations. Tri–Command Communities manages the housing and some homes have water or marsh views. It’s recommended to check with the Base Housing Office as soon as you receive orders to Parris Island, as there are often long wait lists. Tri-Command Communities offers three neighborhoods for Marines and their families. Each serves a specific rank.

Wake Village is an E1-E5 neighborhood. Homes have one-car garages and screened-in porches.

Weapons Sounds is for E6-E8 Marines. Homes are close to soccer fields and volleyball courts. Some floor plans offer 4 bedrooms and 2.5 baths.

Marsh Landing is for O4-O5 families and includes two-car garages and screened-in porches.

Of course, if you’re a recruit heading to Parris Island, you’ll be living in the barracks.

Do the Marines still use Parris Island?

Yes, Parris Island trains an average of 19,000 Marines a year.

MCRD Parris Island is only open for visitors on Family Day and from Wednesday to Friday of Graduation Week.

Which is harder, Parris Island or San Diego?

San Diego has some pretty serious hills, while Parris Island has sand fleas and humidity, but the training conducted at each facility is identical. One is not considered harder than the other (though most Marines will say that the MCRD they trained at is the harder one!). Want a sneak peak? Check out this training video.

What is the fail rate for Marine boot camp?

About 10% of recruits fail out of boot camp.