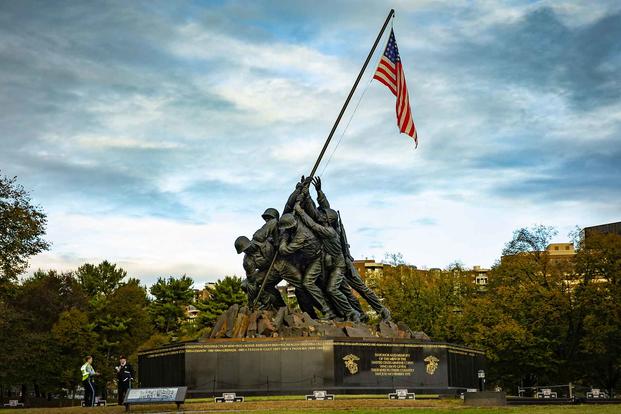 President Donald Trump signed an executive order Monday directing construction of a “National Garden of American Heroes” — a statuary park that would serve as a “monument to our country’s greatness,” according to a White House news release.

Building on an idea he proposed last summer in a speech at Mount Rushmore, Trump said the park would feature more than 200 statues of those who embody the American spirit and contributed “indispensably to America’s noble history.”

“In the peace and harmony of this vast outdoor park, visitors will come and learn the amazing stories of some of the greatest Americans who have ever lived,” Trump wrote in his order.

The order was written as a response to the destruction or vandalism of statues last year during protests over racial inequality and police brutality against minorities in the U.S.

During protests and riots in the wake of several high-profile killings of Black Americans, including the death of Minneapolis man George Floyd May 25, a number of memorials and statues paying tribute to the Founding Fathers, as well as Abraham Lincoln, were defaced or toppled. Other statues and symbols honoring those who served the Confederate States of America were removed.

“America is responding to the tragic toppling of monuments to our founding generation and the giants of our past by commencing a new national project for their restoration, veneration, and celebration,” Trump wrote in the order.

The eclectic mix of honorees who would be featured in the proposed park runs the gamut of American history from A — photographer Ansel Adams — to Z, Lorenzo de Zavala, a Mexican-born physician considered one of the founders of the state of Texas.

The list includes titans of industry, entertainers, artists, inventors and cultural icons, as well as numerous military heroes and veterans of various ranks.

Among those who served and would be included are:

Foreign military officers who also served the United States military would receive honors in the garden as well, including the Marquis de Lafayette and Tadeusz Kosciuszko.

President Andrew Jackson’s name is on the list; last year, monuments honoring the War of 1815 hero were targeted by vandals or slated for removal for Jackson’s role in forcibly relocating Native Americans to reservations. The populist Jackson is a favorite of Trump’s: A portrait of the seventh president hung in his office.

Whether the garden will ever be constructed remains to be determined. The order directs the secretary of the interior to identify a site for the park and provide funding for the space.

President-elect Joe Biden has said, however, that he plans a series of orders to overturn Trump policies and executive orders. His transition team has not specified exactly what will be overturned.

A full list of the honorees proposed for the garden can be found on the White House’s website.