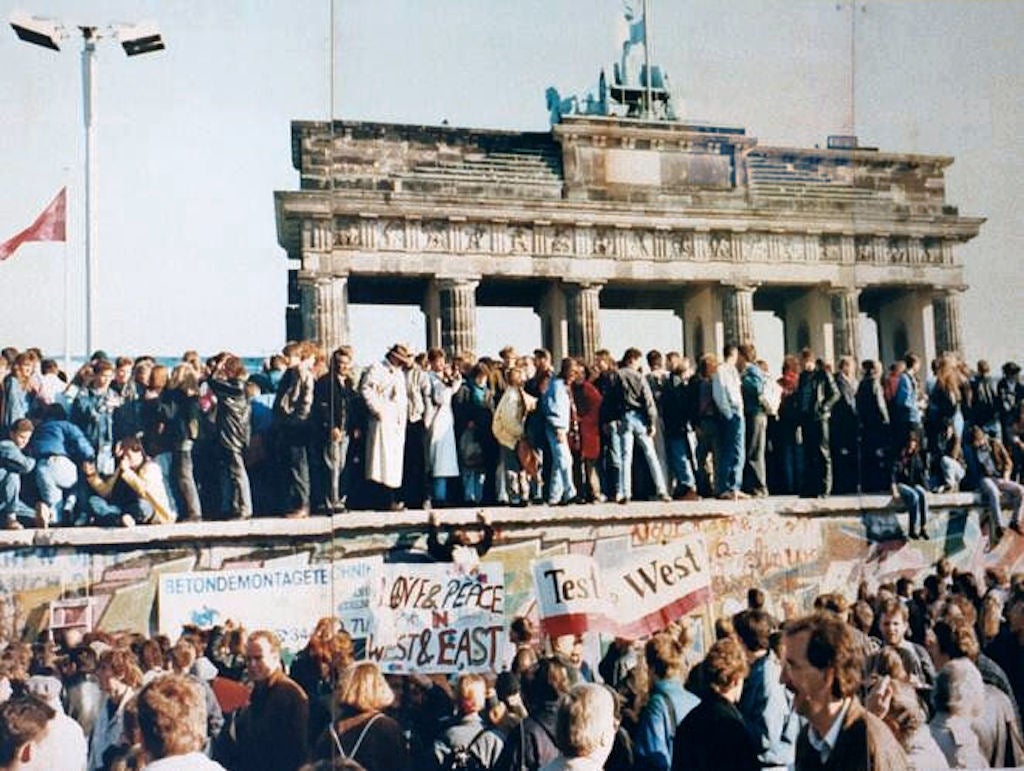 It is generally accepted that the Cold War began when the Allies sounded “ENDEX” in Europe after the defeat of the Nazis. The geopolitical tension between the United States and the U.S.S.R lasted for decades with limited proxy wars across the globe. After Rocky Balboa defeated Ivan Drago the world saw the Cold War come to an end with the collapse of the Berlin Wall and the dissolution of the Soviet Union. Victory wasn’t always assured for the freedom-loving west. Government documents have recently been declassified that reveal 5 things that almost made the U.S. lose the Cold War:

Walking on the grass

Other than those sailors on the high seas, every service member since Valley Forge has been corrected for the egregious act of walking on the grass. Rebuttals describing efficiency and “the shortest distance between two points” are neutralized by senior enlisted leaders who deliver a knife hand enhanced verbal barrage on the offender. It’s simple, if we cannot respect the boundaries imposed to protect the grass, how can we expect a foreign adversary to respect the sovereignty of a nation’s borders? If you walk on the grass, you invite the commies to walk into your neighborhood and take over. The First Sergeants and Sergeants Major through those decades paid a significantly role in ensuring Red Dawn did not become a reality.

If you have the audacity to wear white socks in uniform you are either guilty of gross negligence or you are a democracy-hating traitor whose true loyalty lies with the communists. Not only are white socks unauthorized, they are a target indicator. Why don’t you just paint a bullseye on our backs? Why don’t you give the enemy our radio frequency and an eight digit grid to our location? The small unit leaders, including squad leaders and platoon sergeants, are the quiet professionals who kept the wolf at bay year after year by policing the ranks. What may seem like minor infractions to the junior enlisted service members are in fact hairline fractures in the foundation of our nation’s defense. You made a lasting impact, Sergeant. Thank you for your service. If you spot a retired military man still wearing OD green, coyote tan or black boot socks, he may very well be one of the Cold War veterans who stood the watch while we slept soundly in our beds at night.

Hands in the pocket

Putting hands in your pocket is what the Marine Corps refers to as Army gloves. It’s what the Army refers to as Air Force Gloves. It’s what the Air Force refers to as chilly. For all but a few exceptions it is a violation of standards. If you are someone who would put your hands in your pocket while in uniform you are also the kind of person who would give the nuclear codes to your girlfriend’s Uncle Sasha. Thankfully, these chilly-fingered weak links have been thinned from our ranks by the vigilance of the salt dogs with more stripes than a tiger. The following historical vignette embodies the spirit of no hands in the pocket. It is not based on a true story, it IS a true story.

Gunnery Sergeant NAME REDACTED was a Marine who strictly enforced all regulations. He was disciplined, impeccable and intimidating. Hands in the pocket are generally permitted in the field, but not with this particular Gunny. One winter in the high desert of 29 Palms an oblivious Corporal had his hands in his pocket. He fell squarely in Gunny’s line of sight. Gunny, with a fierce look in his eye, made a beeline for the young NCO. The Corporal immediately withdrew his hands and braced himself for the verbal assault. He was quite surprised to hear “Put your hands in your in pocket!” The dismayed Corporal froze. Gunny increased the volume and repeated himself “Put your hands in your pocket!” As soon as he did Gunny yelled “Now defend yourself!” and punched him in the chest. The Marine, wearing a flak jacket with SAPI plates, tumbled to the ground. He looked up to see Gunny standing over him with a knife hand stating, “That’s why you don’t put your hands in your pocket!” Gunny then spun around and disappeared. The entire company got the message. If our country didn’t have men like Gunny, the bumper sticker on your truck that says “Come and get them” would show a sickle and hammer.

Sometimes referred to as the reflective belt or PT belt. Glow belts have been worn at home and forward deployed, in field and in garrison, and yes…in combat! It is an undisputed fact that if our troops had not worn glow belts in every clime and place during those dark years, we would now be wearing red armbands to show solidarity to the Party. Fortunately, the same leaders who kept our hands out of our pockets also obliterated the complacency that threatened our ranks. Those sneaky communists tried to use camouflage to conceal themselves. It was the same approach they used in politics on the international stage. We proud Americans wear glow belts so we can be seen by everyone. We’ve got nothing to hide, comrade!

A service member that is classified as a Class IV Dental is non-deployable. If you are (a class four, aka a yuck mouth) you will be put on a hit list to report to dental. The only thing that makes the First Sergeant angrier than a glow belt violation is a missed dental appointment. In the military you will miss the birth of your child and your wedding anniversary, but you will NOT miss a dental appointment. The fury that rained down on the Marines during the 77-day siege of Khe Sahn will pale in comparison to the rage a service member will receive for missing a dental appointment. Why such strong emotion? Well, anyone who would miss a dental appointment is the same kind of freedom-hating scum that would burn their draft card and run off to Canada. Like the great American Gunny Highway said in Heartbreak Ridge, “Shut your face, hippie.” You are going to dental. When we assault through the enemy’s position in a glorious bayonet charge, we will have great smiles.

Looking back over those difficult years we should be reminded how fortunate we are that vigilant officers and senior enlisted leaders enforced standards day with such consistency. They prevented a complete collapse of society as we know it. These sturdy professionals deserve the love and admiration of every man, woman, and child in this country who has ever uttered the phrase YOLO! When your crabby old neighbor yells at your kids, “Get off my lawn,” don’t forget, he remembers a time when walking on the grass almost cost us our way of life. He stood the watch day after day while you and I lived in ignorant bliss. Thank you for your service, Sir.