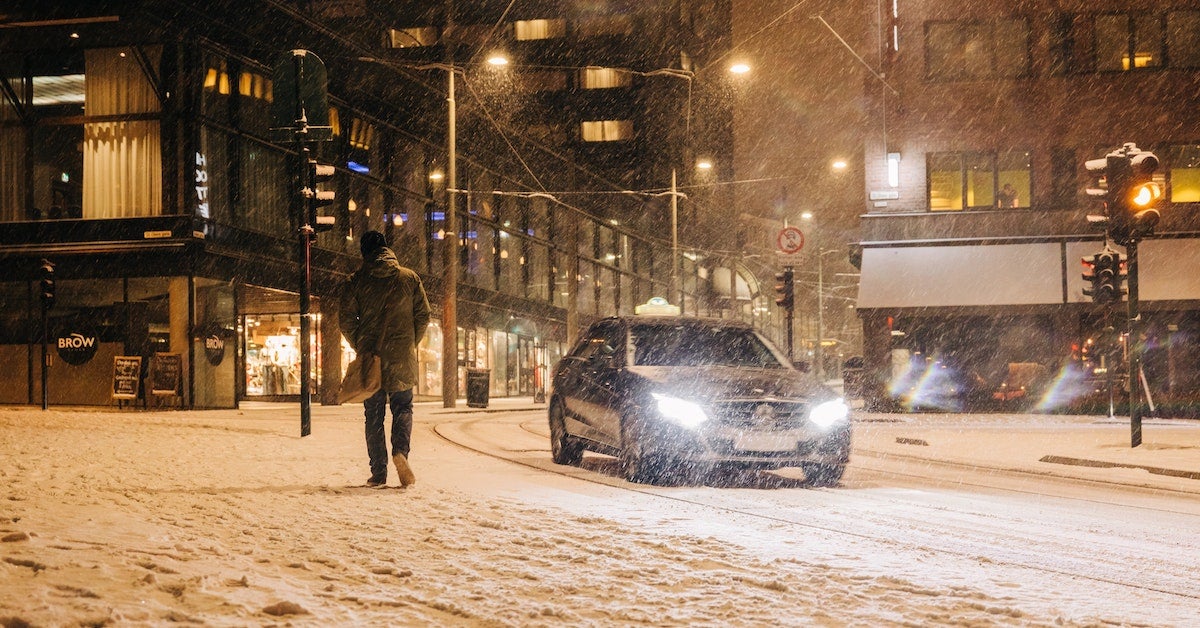 It was a cold December morning, and Taylor Olson and his fire department crew had just finished their start-of-shift checks on their gear. They wanted to get a hot breakfast before the winter storm set in, so they headed off while they had the chance. Olson had a paramedic student with him that day, one who hadn’t experienced any critical patients yet. Their fire station crews worked in 24-hour shift rotations, starting at 0700. As they loaded into their fire engine, a winter ice storm began to roll in. A mix of sleet and freezing rain was coming in heavy.

Olson and his crew had to deviate from their breakfast plans twice because of separate 911 calls for minor car accidents related to ice on the roadways. The saying “where there is one, there are more” usually refers to critters and pests but also applies to winter storms and accidents in a paramedic’s world.

The crew were eventually able to slam down breakfast. On their way back to the station, another call came in: lights-and-sirens response needed for a semitruck-versus-car accident on a two-lane interstate. To a paramedic, the combination of a semitruck, interstate speeds, and ice carries an ominous feeling — add a standard car to the mix, and it’s a recipe for disaster.

Olson and his crew took off toward the call in the ambulance with its lights bouncing off the falling sleet. Icy roadways required the paramedics to navigate as quickly and efficiently as possible while being mindful of the conditions. There is a “golden hour” standard that establishes a 60-minute window after a traumatic injury during which a patient needs to receive definitive care at a hospital before risk of death and disability greatly increase.

As the crew crested the last hill on the interstate that was blocking their view, they started to get eyes on scene. A car appeared to have hit black ice, started to turn sideways, and then slammed under a tractor-trailer at highway speeds. Olson said it almost looked like the semi’s rear dual tires had run over the front end of the car and then back off.

The emergency medical services crew had to piece together the puzzle of the accident from what they could see — there were no eyewitnesses coming forward. Because Olson and his crew handle both fire and EMS calls, they understand the different paths cars will take in various weather conditions and were well equipped to survey the scene.

Once an injury like this is identified, the “golden hour” is more like a couple of minutes — the patient is already in critical condition.

Olson and his ambulance crew approached the wreck as the engine crew dismounted and did the same. A woman stood next to the smashed car, trying to talk to the man inside. They found out he was her husband, and she had been in the car but was able to get herself out. Olson directed her to go with the engine crew since she was considered to be in stable condition. They needed to focus on the man trapped in the smashed car.

“When I looked in the window, he kind of looked at me but had that thousand-mile stare look going on,” Olson said. “But you kind of know when it doesn’t look good.” Experienced paramedics know this look is a strong indicator of shock. Since there was sharp metal and glass everywhere, Olson and his partner ran back to the ambulance to put on their fire-department turnout gear.

Olson crawled into the car through the passenger door, where the man’s wife had exited. He climbed into the back seat to better evaluate the trapped man. The driver’s side door was crushed into the patient, and the steering wheel had pinned down his legs. Olson did a double take.

“I looked down and his — basically his left leg was smashed completely up underneath the right leg. His pelvis was pretty much crushed,” Olson said, although he was surprised to find only minor scrapes and cuts outside of the man’s main injury.

The internal bleeding caused by a crushed pelvis is fast and severe. Once an injury like this is identified, the “golden hour” is more like a couple of minutes — the patient is already in critical condition. Olson’s chief went to work with a ram bar in an attempt to slam the steering wheel away and free the man. Meanwhile, Olson placed an IV and started running fluids to assist with the man’s dropping blood pressure. The patient was no longer responding.

“He was awake, but I think nobody was home upstairs,” Olson said, identifying a hallmark of shock progressing to dangerous levels.

The chief was experiencing difficulty moving the steering wheel over. Then the man slumped backward in his seat. Olson checked for a pulse but was unable to detect one, nor was his patient breathing. The man had suffered a traumatic cardiac arrest, which is common with severe trauma. Olson began to perform CPR, but with limited room, he had to work with one arm from the back seat while leaning over the center console.

Performing CPR is an exhausting measure even in a wide-open setting, but Olson put forth his best effort to maximize the modified form. He kept on administering chest compressions while the other crew members attempted to cut the car open. As the car was being dismantled, Olson covered the patient with his arms to protect him from getting sprayed with glass. “The cutter was right over my left arm,” Olson said, “like, probably a couple inches away.”

Paramedic students are expected to familiarize themselves with an ambulance and all the gear they’ll use on the job. Olson’s student was on her first advanced life support (ALS) ride with them, so he wasn’t sure she would bring the right gear when he told her that the patient was in cardiac arrest. However, the student came running up with everything he needed.

Traffic on the interstate had been halted by police and firefighters, and an extensive line of cars had grown behind them. People were pouring out of their cars, phones in hand to record the event, which increased the stress of an already difficult situation for the first responders.

“Everything from the waist down was pretty smashed. I mean, there wasn’t much — I don’t think there was anything solid down there.”

Olson attempted to intubate the man — to place a tube into his trachea — from the only position available in the limited space. He wasn’t able to perform a normal intubation and resorted to a last-ditch effort he had never done before: a technique called digital intubation. The paramedic places a hand in the patient’s mouth and uses fingers to guide the breathing tube into the trachea.

“I got it!” Olson exclaimed after placing it on his first try. A burst of laughter escaped both him and his chief — in chaotic and morbid situations, humor can often help clear the mind to focus on the upcoming tasks.

Olson continued CPR while another crew member attempted to breathe for the patient via the tube and a bag valve mask, or BVM. The chief and Olson continually knocked helmets in the cramped space while performing their separate tasks. Their patient’s heart had stopped, and to keep his odds of survival as high as possible, they had to keep working on the patient nonstop — and they also had to get him out of the car or the treatments would be in vain.

Unable to get the ram bar to move the steering wheel, the chief switched over to a tool called a spreader. At last he was able to push away the wheel, and the crew outside pried the driver’s door open. The man was quickly extracted, moved onto a stretcher, and into the ambulance. They hit the road immediately.

The hospital was close, but en route Olson and his paramedic student placed an IO — an intraosseous line, sort of like an IV into the bone marrow — for additional fluids and medications to be administered. Now that the patient was out of the car, the destruction he had endured from the wreck was obvious. “Everything from the waist down was pretty smashed. I mean, there wasn’t much — I don’t think there was anything solid down there,” Olson recalled.

The crew entered the emergency room with the patient on the stretcher, performing CPR and breathing for him the whole time. While the hospital staff took over, Olson gave them his report. With this transition of care, the role of EMS in the call was concluded. From the point of contact on scene to transferring care to the hospital, approximately 20 minutes had elapsed. The men and women of EMS work efficiently and fast.

Olson and his crew, exhausted, walked back to the ambulance. They needed to clean up and prep for the next call that would inevitably come in. There was still the rest of their 24-hour shift to endure — just another day in the office.