'You get shot in combat, you bleed red blood' - vet shares message of unity - We Are The Mighty

‘You get shot in combat, you bleed red blood’ – vet shares message of unity 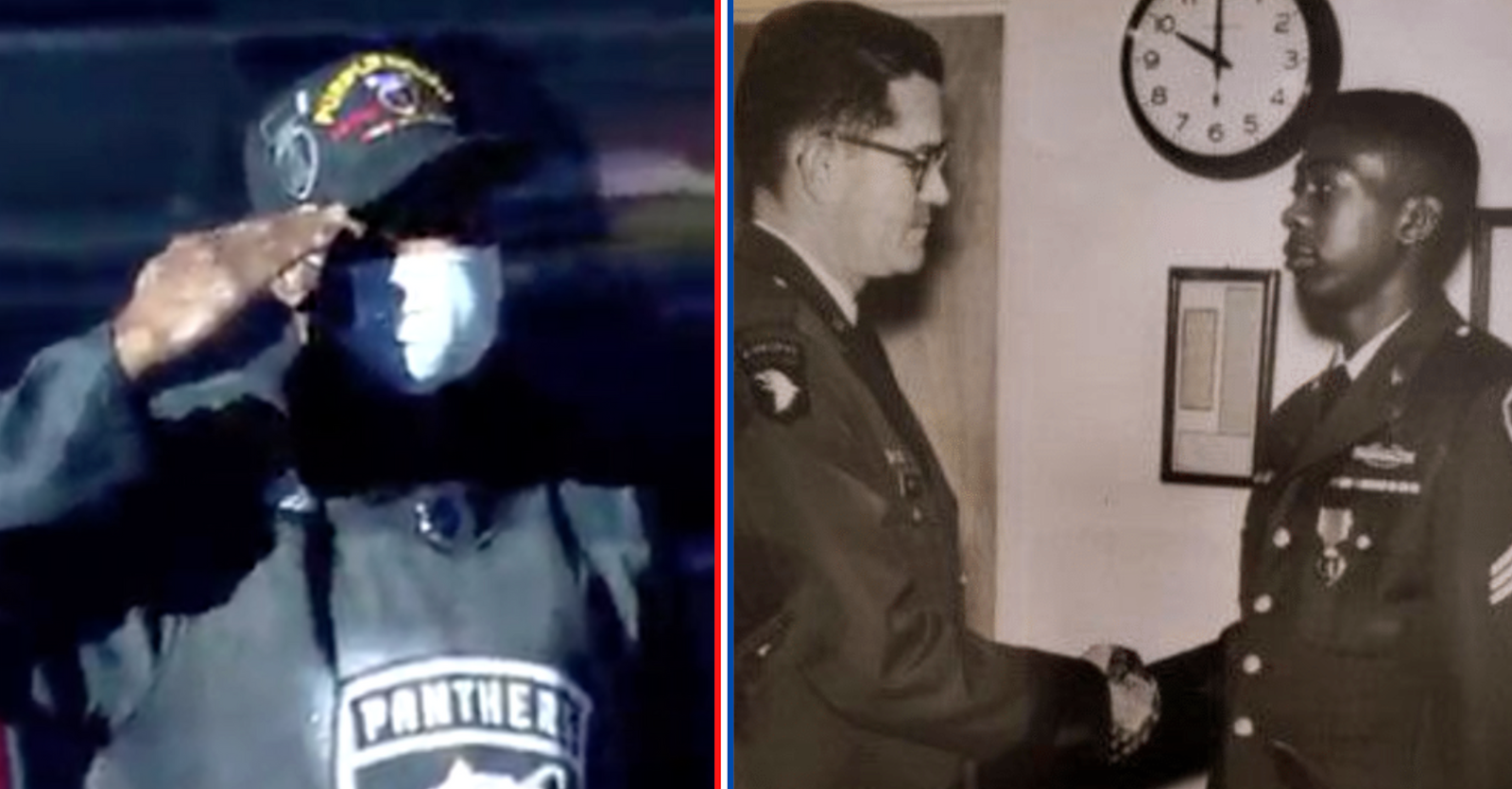 “In combat, there’s no race, everybody depends on each other. There’s no black and white situation. You get shot, you’ll bleed red blood,” said the retired Army vet in the video shown in the arena during the game.

Brinson enlisted in the U.S. Army in 1964 and served until 1967. He was deployed to Pleiku, Vietnam, and was wounded in combat on the front lines just ten months later while serving as infantry. Brinson, who attended the game with his wife Brenda, was given a heartfelt standing ovation from Panthers fans and players inside BB&T Center.

Other highlights from the game included donating portions of the night’s 50/50 raffle to the Urban League of Broward County, a community-based organization dedicated to empowering communities and changing lives in the areas of education, entrepreneurship, jobs, justice, housing, and health. Their mission is to enable African-Americans and others in historically underserved communities to secure economic self-reliance, parity, power, and civil rights.

ALSO READ: What it’s like to be honored as ‘Hero of the Game’

Panthers’ forward Anthony Duclair wore custom Willie O’Ree skates to honor the NHL’s first Black player and amplify the message of social justice, equality, and empathy. Earlier this year, the Boston Bruins honored O’Ree by retiring his jersey No. 22 and raising it to the rafters. While he debuted for the Bruins 63 years ago, it was only three years ago that he was inducted into the Hockey Hall of Fame under the builder category.

“I did something for my country but at the same time I look at the guys who gave their life to defend this country and what it stands for,” proclaimed Brinson.

As part of the Florida Panthers ‘Heroes Among Us’ program, the team honors a military hero during each home game at BB&T Center with a special opening ceremony and dedicated tribute video shown in the arena during the second period. Since its creation by Florida Panthers ownership in 2013, the ‘Heroes Among Us’ program has honored hundreds of local veterans and encouraged unity within the military community.