Soldiers use Twitch to build camaraderie - We Are The Mighty

Soldiers use Twitch to build camaraderie 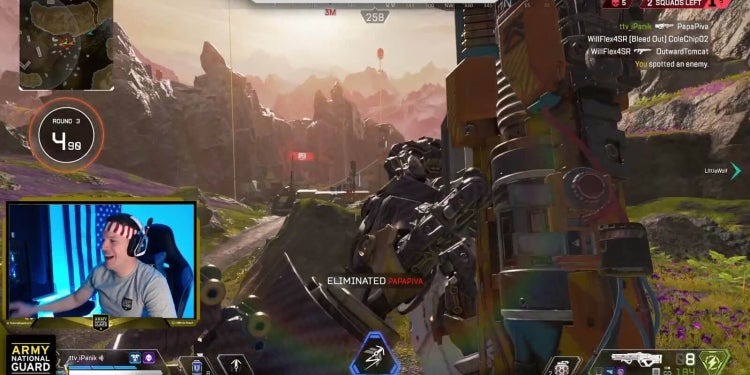 When Ryan York, a captain in the Washington Army National Guard, was approached about starting a Twitch gaming channel, he was skeptical.

“Initially I thought this was going to be more work on my desk, more stuff to coordinate,’’ he said.

Consider York a convert, thanks largely to the relentless enthusiasm for video-game streaming shown by Sgt. Peter Chang and Sgt. Brett Seifried.

York, 40, is now the gaming program director for the Washington Guard. Chang, 39, is the gaming marketing director, while Seifried, 34, is a triple threat: a gaming liaison, a gamer and a streamer.

While gaming provides a competitive outlet and is good for relieving stress, it also boosts morale, Chang said.

The Washington Guard wanted to devise a way to get “people excited about another aspect of the Guard, not just training, training, training,’’ Chang said. “At the same time, there’s these other extracurricular events that the Guard does on its off time to create [a community] with other soldiers.’’

At least in the beginning, an unintended byproduct of the Washington Guard’s channels on Twitch and Discord, another digital platform, was recruiting new members. Soldiers compete in a high school esports league, creating ties to a potential pipeline for new applicants. While York said his office has not been inundated with young gamers through streaming, one recently inquired about joining the Guard.

“Everything we’re doing on those platforms is providing the entertainment value, the interactive value of friends making friends and things like that,’’ York said. “But he decided, ‘This was cool stuff. I might want to see what it’s about.’ I’m no recruiter, but that sounds like an awesome recipe to me, right?’’’

The Washington Army National Guard is far from the only military unit streaming video games, but no record is kept of how many. It’s a popular pastime, particularly among the younger demographic. The Army National Guard launched a Twitch channel in January 2020, spokeswoman Cheryle Rivas said. Fourteen soldiers from across the nation stream, usually on Monday through Thursday nights.

“The Army National Guard esports program emphasizes our soldiers’ passion for gaming while showing the rest of the gaming world how they can find ways to serve their country and community,’’ Rivas said in an email.

“The stream squad entertains, interacts and helps others see Guard soldiers in a different light and as people who share their interests.’’

Before he had a family, Seifried used to play a lot more. Now the priorities have shifted for the father of two young children, but once a gamer, always a gamer.

Once they are asleep (soundly, hopefully) for the night, Seifried tries to sneak in an hour of gaming or so most nights.

“You hear people talk about games and, ‘What did you play this weekend?’ or, ‘Did you see this game?’’’ Seifried said. “Instead of that being only on drill weekends, now we can do it three times a week on Twitch. I was excited to see it.’’

While the Washington Army National Guard’s Twitch channel is not quite as popular as achieving a good score, it’s developing a loyal following.

“It’s a little internal thing we say: ‘Train hard. Game hard,’’’ Chang said. “When you have those positive programs within your state, that’s one thing that Guard members fall back on after a hard day of training or a hard day at work.’’