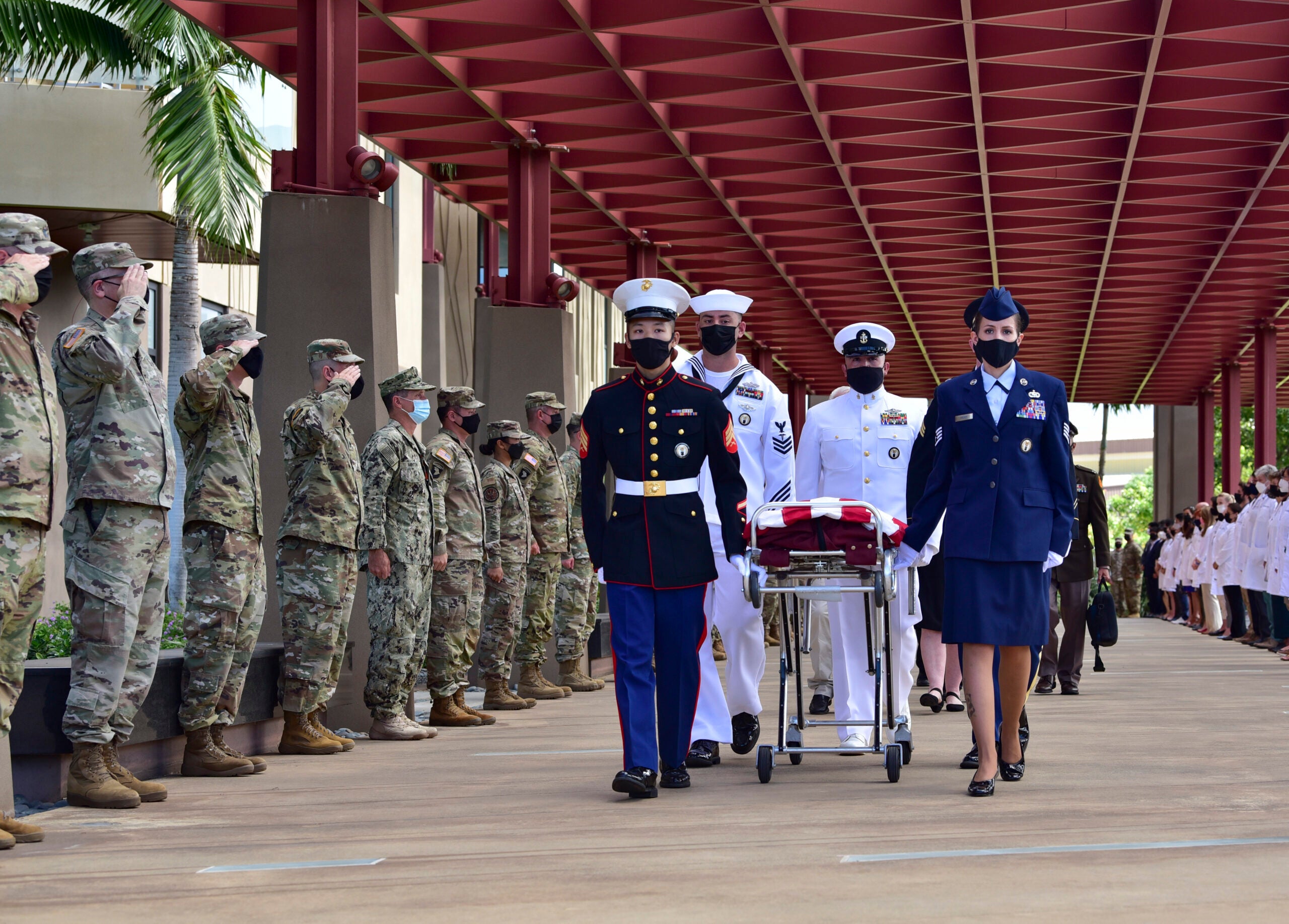 Not all heroes carry guns. Sometimes, they are men of religion – that’s the point made by Congressman Tracey Mann of Kansas. He introduced a bill that would honor, not a soldier in the traditional sense, but a chaplain whose moves were an important part of two separate wars: World War II and the Korean War.

“Father Emil Kapaun was a man of God who served Jesus and his country honorably,” said Rep. Mann when presenting the bill. “The young farm boy became a priest at 24 years old and later a U.S. Military chaplain. He received a Bronze Star and a Medal of Honor for his valor during the Korean War, where he saved the lives of his comrades with complete disregard for his own safety. Father Kapaun truly lived the life of a servant leader. I look forward to this bill’s swift passage in the U.S. Senate to commemorate the life of a great Kansan and American hero.”

Captain Emil Joseph Kapaun served as a chaplain in the U.S. Army from 1944 until 1951, when he was killed as a prisoner of war. For two years he ministered in Burma Theater, often traveling thousands of miles per month in order to mission to soldiers and citizens alike.

After WWII, Kapaun was released from active duty and went on to earn his master’s degree with his GI bill. However, he rejoined the service in 1948, and a year later was slated for Japan.

While overseas, Kapaun was involved with the 1st Cavalry Division’s first amphibious landing of the Korean War. While under fire, he and his assistant rescued a wounded soldier and were able to save his life. The act earned him a Bronze Star Medal with a V device for valor.

He continued to serve in the area, encouraging troops to pray and make peace during their time of war. He gained a reputation for risking his life in order to rescue bodies and injured soldiers, as well as taking confessions and performing baptisms in dangerous battle situations.

Kapaun was known for his impromptu communion setup, where he used the hood of a Jeep as an altar for Mass. His setup was destroyed many times, prompting him to write letters home that prayers had kept him alive.

In November 1950, Kapaun and company were attacked; soldiers urged him to escape, but he stayed with them, rescuing 40-some men. The act earned him a Medal of Honor.

However, he and surviving men were taken as prisoners of war. They were marched 87 miles to a camp, where conditions were so bad that more than 20 would die per day due to starvation, extreme cold, and disease. Kapaun was known for remaining a positive influence on others, donating his own rations, and stealing food to give to others. He also frequently led the prisoners in prayer. 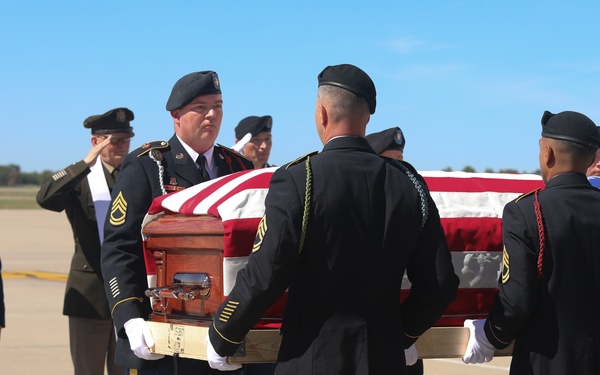 Kapaun’s remains were transferred to his home state of Kansas in 2021. Image courtesy DVIDS.

After being imprisoned for a few months, he died of malnutrition and pneumonia.

He was one of four Army chaplains who were taken as a POW in 1950, all of which died in camp. Posthumously, Kapaun was awarded the Legion of Merit and a Purple Heart.

For decades after, his remains were in the National Memorial Cemetery of the Pacific in Hawaii, after they were collected, along with other soldiers, and buried on U.S. soil. In 2021, his remains were identified and moved to his home state of Kansas, where a ceremony was held on his behalf.