This lady was the most wanted spy of WWII 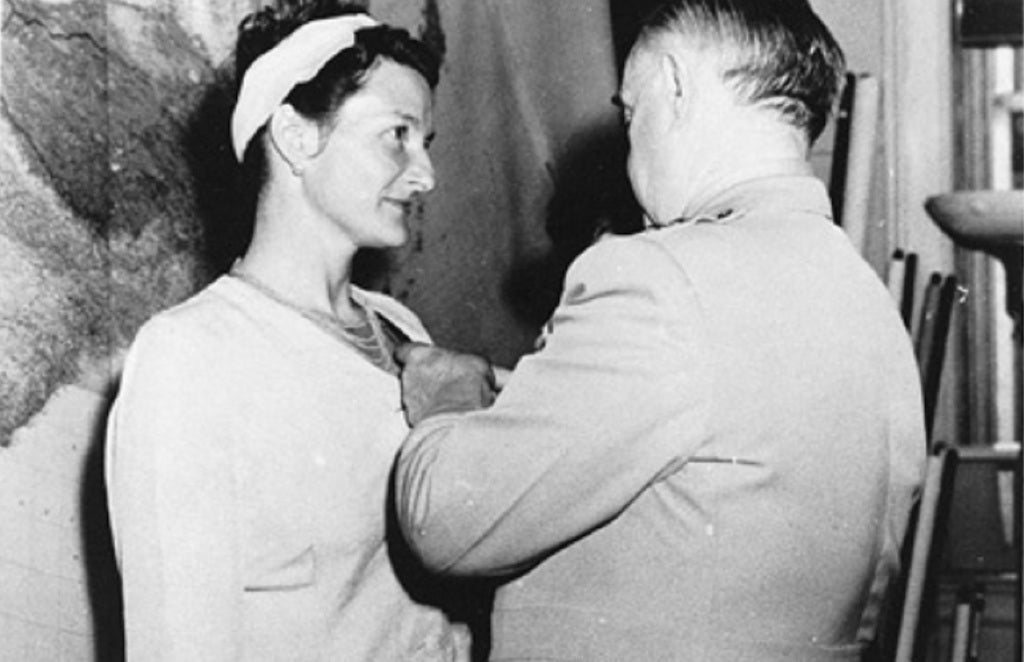 Virginia Hall was born in 1906 in Baltimore, Maryland, to wealthy parents. As a young girl, she often felt like she didn’t fit in well. She enjoyed the fishing, hunting, and outdoor adventures more than etiquette class and teatime. She attended George Washington University, where she studied French and Economics.  She wanted to travel abroad and thus finish her studies in Europe.

She found herself a position working for the state department as a consular clerk at the Embassy. When she transferred to Poland, she tripped on her feet while hunting and shot herself in the foot. Eventually, gangrene would set in, and her leg would be amputated.

Refusing to be named an invalid, she sought out more to prove to herself and the world. In 1940 she became an ambulance driver for France when WWII broke out. When the lines crumbled to the Germans, she made her way to Spain and then to England. She joined the Special Operations Executive (SOE) in 1941 after much persuasion that no one would expect a female spy let alone one with a wooden leg that she lovingly referred to as Cuthbert.

Hall is accredited for setting up one of France’s most resourceful and impactful SOE circuits. A pioneer of not only espionage but leading groups of resistants, her work would be felt throughout France. Her network included a nunnery, doctors, a brothel owner, and many on the local police force. One of her most significant victories was helping 12 agents escape from the Mauzac prison. She likely had the most established escape route from France into Spain.

In 1942 with the invasion of North Africa imminent and the Germans closing in on her position, she was advised to make her escape. A few days before, the German forces pushed over the Free one line into Lyon, looking for the “Limping Lady” Virginia had already made her escape on a train to a town 300 miles away. She would wait for three days before joining two others and a guide making their way over the Pyrenees Mountains. Then, by foot (remember Virginia had a wooden foot, and this trek was completed in November with some of the worst snow conditions and temps below freezing), they made their way to the top of the peak (a month later, Chuck Yeager would take the same escape path.)

Eventually, she would find her way back to England, where they would refuse to send her back. By now, she was the most wanted agent in Europe. She put herself through radio transmission training and then joined the newly stood up Office of Strategic Services (OSS) for the Americans. Needing experience, they would reinsert her right behind enemy lines, where she would remain until 1945.

After the war, she would find love, serve in the CIA for a few years and pass away in 1986 in Maryland.

She is the most decorated spy of WWII allied spies receiving the Distinguished Service Cross, Order of the British Empire, Croix de Guerre with Palme by France, and added to the Military Intelligence Corps Hall of Fame. Many of her techniques are still used today by the CIA.