This Purple Heart recipient was the most decorated Native American soldier in U.S. history - We Are The Mighty

This Purple Heart recipient was the most decorated Native American soldier in U.S. history 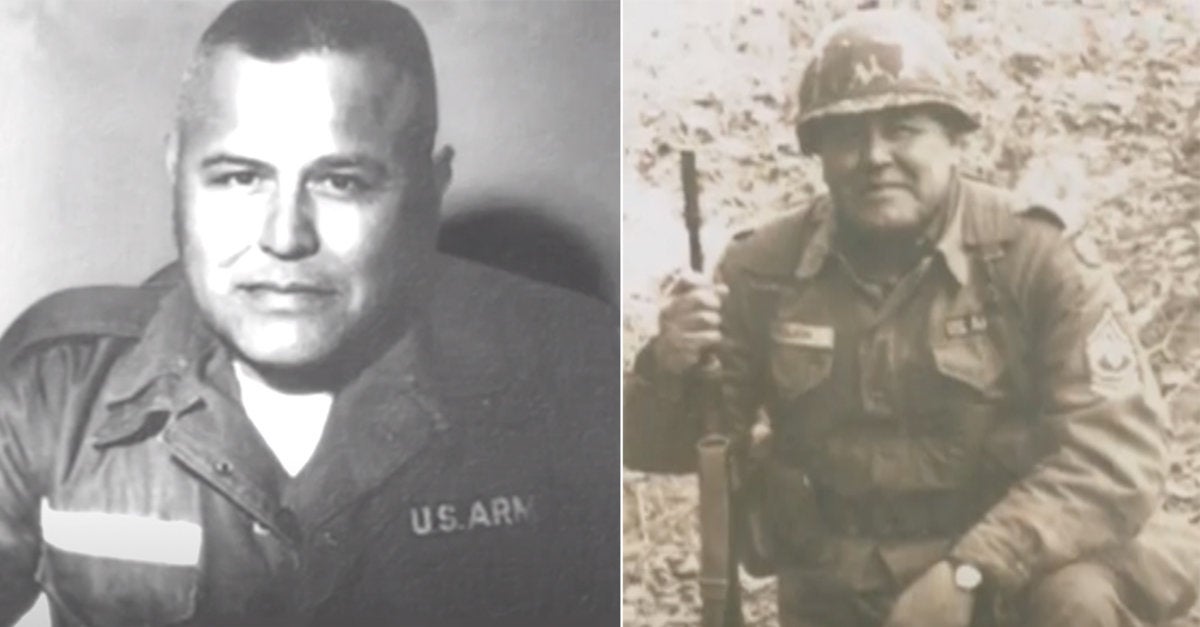 A Kiowa born in Apache, Oklahoma, in total Poolaw earned more than 42 medals. Among them, the three Purple Hearts (one for each war), three CIBs (Combat Infantryman’s Badge, again one for each war), four Silver Stars (one awarded posthumously) and five Bronze Stars.

But even more impressive, he may just be the only American soldier to both retire from military service, and to have been killed in action.

Here’s how it all went down:

Poolaw joined the Army in 1942 during World War II. His father and two brothers were already serving and he wanted to follow in their footsteps. He was injured in 1944, earning his first Purple and Silver Stars as he helped advance his company through heavy enemy fire.

By 1950, Poolaw had made it to the Korean War. He was once again injured and earned two more Silver Stars for his bravery. He returned stateside in 1952, and served for 10 more years in the Army before he retired in 1962 at the rank of Second Lieutenant.

Just five years later, his oldest son, Pascal Poolaw Jr. was injured in Vietnam. Both of Jr.’s legs were hit by a landmine, and his right leg was amputated due to the blast.

Then, with the enactment of the draft, Poolaw’s youngest son, Lindy, was called to the war. It was Poolaw’s intention to rejoin so that he could go in place of his son. He gave up his wartime promotion and reenlisted as a First Sergeant, with the intention of taking his son’s place on the front lines. However, when Poolaw was not able to catch him — Lindy had shipped out from the West Coast just one day prior. He decided to continue on to the war and to continue his service with Lindy.

Poolaw left for Vietnam on May 31st, 1967, serving as First Sergeant of the 26th Infantry Regiment’s C Company. His unit was ambushed on November 7th. Poolaw was attempting to pull a wounded soldier to safety when he was spotted by the Viet Cong and became the target of a rocket-propelled grenade. Poolaw was killed in action and posthumously awarded his fourth Silver Star for his final efforts toward his country.

In a letter to his wife, Poolaw expressed that his job was more important than his life.

Just before Poolaw’s death, his grandson, Roderick was born. Roderick, a fourth-generation soldier, served 30 years in the Oklahoma National Guard.

A building at Fort Sill, where Poolaw was stationed, was named for him and is adorned with a plaque honoring his service.