6 wild artifacts at the Gettysburg Museum of History 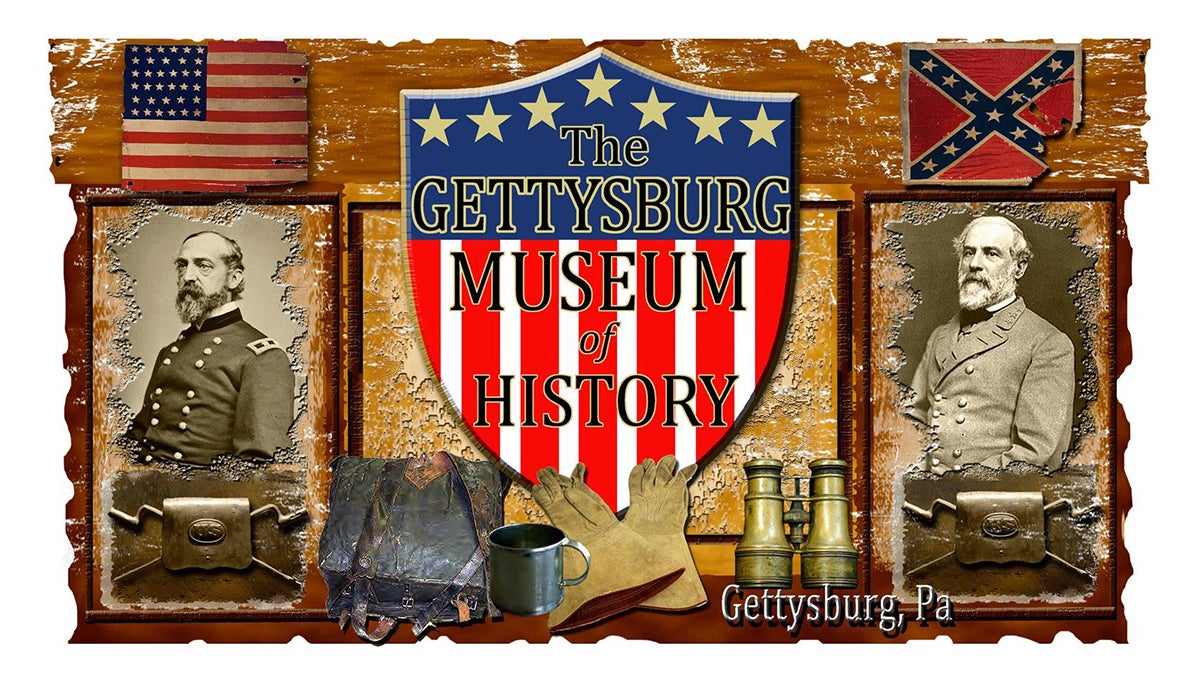 Just getting to the Gettysburg Museum of History means walking through the scene of significant events in America’s past. The house that is now the museum sits on Baltimore Street in Gettysburg, Pennsylvania, the road on which Abraham Lincoln arrived to deliver the Gettysburg Address. When a team from Coffee or Die Magazine knocked on the door recently, Erik Dorr emerged from his home and invited us in. Instead of furniture, exhibits featuring pieces of American history were everywhere we looked.

Dorr, the curator of the Gettysburg Museum of History, transformed the interior of his home in 2009 with war relics. His collection includes items from the Civil War, as one might expect in a town so closely associated with the conflict, but also his impressive World War II collection and even modern artifacts like Saddam Hussein’s dinnerware.

Dorr’s family once lived on a farm in Ziegler’s Grove, which is now part of the Gettysburg National Military Park managed by the National Park Service. Most of his Civil War collection is made up of items collected by family members through time.

“[My ancestors] found items on their farm such as bullets, artillery shells, belt buckles, and other accoutrements of war,” Dorr said. “And they would move those items off of their land more for farming reasons than for historical reasons. It’s not good to have lead, iron, and heavy metals in your soil if you’re a farmer. They had a box of Civil War relics in their barn that they found. And the local farmers sold those items to museums, but my family kept those items.”

Here are a few mind-blowing artifacts from Coffee or Die Magazine‘s inside look at Dorr’s collection.

Colt revolver from the Battle of Gettysburg

When troops left after Gettysburg, a soldier left behind a Colt revolver on the kitchen table of the Pfeffer Farm in Freedom Township.

A gun that Dorr says is one of four or five documented pistols owned by Adolf Hitler, it was discovered by Russell Dysert, an American soldier from the US Army’s 3rd Infantry Division. Dysert was with the first American unit to reach Hitler’s Berghof residence in Obersalzberg in the Bavarian Alps near Berchtesgaden, Bavaria, Germany, in 1945.

“That home was bombed by the Allies right before the Americans got there, so the whole west wing of the Berghof was destroyed. It was on fire, and a lot of the items were destroyed, but there was a huge air raid shelter underneath,” Dorr said. “Before that air raid, a lot of items were taken down there for safekeeping. That pistol was found down in the tunnel and it has Hitler’s initials and a Nazi party eagle on the back inlaid in gold.”

Operation Titanic was an elaborate deception plan that occurred during the D-Day invasion. It was broken into four stages: noisemakers, chaff to fool radar, paradummies, and real SAS commandos. The paradummies, or dummy paratroopers, were dropped from four Royal Air Force squadrons flying over four separate drop zones over Normandy.

“They were diversionary devices and were dropped in Normandy to try to fool the Germans into thinking there was a parachute jump going on somewhere else,” Dorr said. “They’re one-third the size of a real man and a real parachute. From the ground looking up you can’t tell because it’s the same perspective, it looks like real guys coming out.”

A single lot of two dozen of them were found in England in the 1980s, Dorr said, making them extremely rare.

This clock was found following the destruction of the Japanese city of Hiroshima caused by one of the two atomic bombs dropped during World War II. The clock is symbolic because the hands were stopped at the exact moment the bomb exploded.

“The face is so melted that you can no longer see the hands, but they are in there,” Dorr said. “I also obtained the watch worn by one of the guys in the Enola Gay who dropped the atomic bomb. On the anniversary of the atomic bomb drop in Hiroshima, I put them side by side and call it ‘The Tale of Two Clocks.’ One’s a wristwatch that was worn in that plane when the bomb was dropped, and the other one was on the ground and took the burn of the atomic bomb blast.”

Keys to the “Eagle’s Nest”

The Band of Brothers HBO series depicted “Easy Company” of the 101st Airborne Division looting Hitler’s Eagle’s Nest. Dick Frame was a soldier from the 501st Parachute Infantry Regiment (PIR), 101st Airborne Division, when he was given the task of guarding a pair of metal doors. These doors were between the large tunnel cut into the middle of the mountain and the elevator that leads to the Eagle’s Nest.

“On the edge of that tunnel that goes in are two giant blast doors and they had big locks on them,” Dorr said. “Dick Frame was one of the guards and he decided to put the keys in his pocket. The keys are neat because they fold. They’re 8 or 9 inches long, and they have a hinge in the middle so you can put them in your pocket.”

Dick Frame came home with a symbolic war trophy, which was brought to 501st PIR reunions. The paratroopers in his platoon would tell the story of how they had taken the keys to Hitler’s Eagle’s Nest. The historian of the 101st Airborne Museum provided these keys that are now on display at the Gettysburg Museum.

Ghosts of the Ardennes

The Ghosts of the Ardennes is a unique exhibit on display in the hallway of the Gettysburg Museum of History. During the Battle of the Bulge, the 101st Airborne Division fought in a region known as the Bois Jacques outside Bastogne near the village of Foy in Belgium. After World War II, the founders of the 101st Airborne Museum in Belgium used a metal detector to find many artifacts in the Bois Jacques region.

Before the COVID-19 pandemic, Dorr conducted tours to Europe and visited those relic hunters.

“I call it the ‘Ghosts of the Ardennes’ because it’s bits and pieces that were left behind there,” Dorr said. “If you’ve ever been to the Bois Jacques, it’s a spooky place. It’s real dark, the woods are thick, and you can still see the remains of the foxholes. […] You can really feel the spirit of what happened.”

Half of the exhibit is American artifacts, and the other half is German. There is an MG42 German machine gun, an American M1 Garand rifle, an American canteen with three bullets in it, a German mess kit with several bullet holes in it, and other remnants found on the battlefield.

Dorr sees a connection between the relics of Gettysburg and those found from WWII.

“We have so many similar items for the Battle of Gettysburg here,” Dorr said. “We have all the items my ancestors found on their farm, so I really appreciate stuff that came out of the ground, that came from historic, sacred spots on the battlefield. To me, those items really tell the story. They were there.”