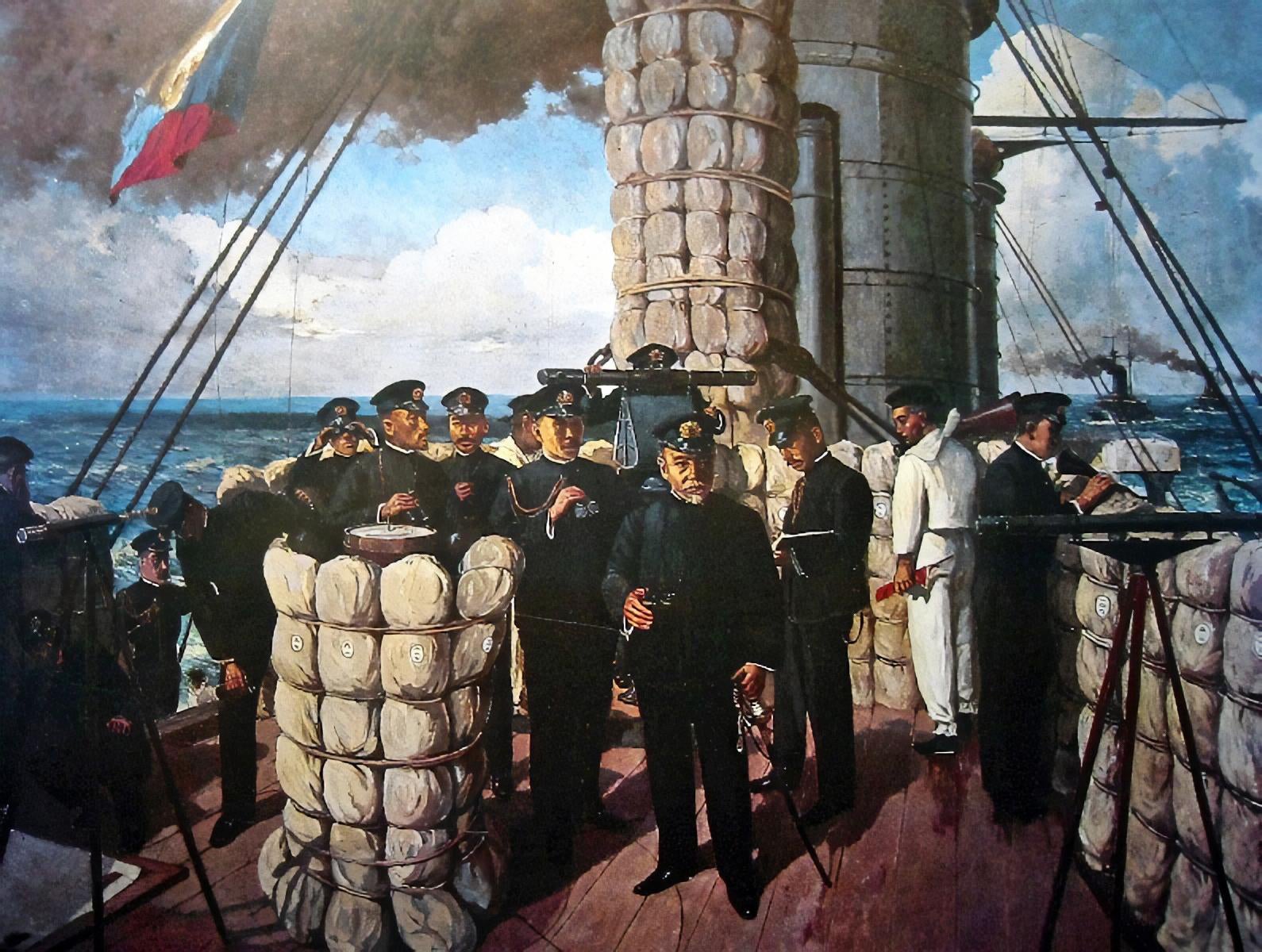 Throughout the late 19th and 20th centuries, the Russian and Japanese empires had been engaged in a political struggle over who would dominate northeast Asia. In a decisive naval battle at the Tsushima Strait in 1905, Japan would be the dominant power in Manchuria and Korea until its defeat in World War II and set back Russia’s far eastern ambitions for decades.

Japan had been rapidly modernizing since the Meiji Restoration of 1868 ushered in a generation of reforms, and was more and more exerting its influence as a Pacific power. Russia had been expanding its footprint across central and eastern Asia, and warm water ports in China were vital to this vision. Both desired Korea and Manchuria as colonial buffer zones between the two empires, but defining those zones grew so intractable that war became inevitable.

A key point of the dispute was the strategic Russian-controlled Port Arthur in Manchuria, the only major Russian naval base on the Pacific outside of Vladivostok farther north, and unlike Vladivostok was warm water and could be used year round. When war broke out in 1904, a large Japanese army attacking out of Korea besieged and after suffering terrible casualties seized the port. Most of the Russian Pacific fleet was bottled up at Port Arthur after their defeat in the Battle of the Yellow Sea and was destroyed as well, and Russian forces were forced to retreat northward.

While the battle for Port Arthur was still raging, Tsar Nicholas II had ordered a large force from his Baltic fleet to the Pacific to help break the siege. Designated the Second Pacific Squadron under Admiral Rozhestvensky and composed of 11 battleships and numerous cruisers and destroyers, on paper, it was a formidable force. In reality, many of its ships were older vessels and badly maintained by ill-trained crews. The incredibly long voyage of over 18,000 nautical miles would only add to these problems.

Setting sail on Oct. 15, 1904, the voyage was off to an inauspicious start in the North Sea when rumours of Japanese torpedo boats in the area led to panicky crews firing on British shipping, sparking a diplomatic incident. Denied the use of the Suez Canal by the British, the fleet was forced to sail around the Horn of Africa, and it was not until April 14, 1905, that the fleet reached Cam Rahn Bay in Indochina. Port Arthur, the original target of the expedition had fallen on Jan. 2, and the fleet set sail instead to Vladivostok to refit for a counterattack.

The commander of the Japanese Combined Fleet Admiral Togo was well aware of the approaching fleet, and the Japanese correctly guessed that the Russian fleet would pass through the Tsushima Strait on its way north. Rozhestvensky tried to slip through the strait at night but was spotted by Japanese patrol vessels on the morning of March 27, and Togo’s fleet of four battleships, 27 cruisers, with dozens of destroyers and torpedo boats, set sail from Korea to intercept.

The Japanese fleet was comprised mostly of modern vessels, and its crews were well-trained and disciplined. Despite possessing fewer heavy battleships than the Russians, it had a huge superiority in lighter cruisers, destroyers, and torpedo boats that would prove decisive. The Russian fleet was suffering from low morale and poor training, and the long voyage had led to chronic maintenance problems and fouled boilers left many of its ships unable to reach anywhere near their top speed or maneuverability.

Spotting the Russian fleet at around 1:40 pm, Togo ordered a line attack across the two approaching Russian columns, and the superior condition, training, and gunnery of the Japanese fleet quickly proved itself. Rozhestvensky was wounded and was forced to transfer to a destroyer after his flagship was sunk, leaving his subordinate Adm. Negobatov to take command, and two more Russian battleships were sunk before nightfall under relentless Japanese gunnery with little damage in return. After dark, a swarm of Japanese destroyers and torpedo boats cut out the heart of the Russian fleet in hit-and-run torpedo attacks, and by the morning of May 28, Negobatov ordered his few remaining ships to surrender. Russian naval power in the Pacific had been practically destroyed in one decisive battle, with 21 ships destroyed and six captured. Nearly 5,000 Russian sailors lost their lives and over 6,000 were captured. Japanese losses amounted to less than 800 casualties.

The battle effectively decided the Russo-Japanese War, with the Russians quickly suing for peace. It shocked the Western world that a European power had been so thoroughly beaten by Japan, who quickly took its place as a dominant force in Asia and setting the stage for its imperial expansionism and its eventual defeat in World War II.

So influential was the battle that Great Britain launched a building program of modern fast dreadnought battleships that led to a naval arms race with Germany, and Russia’s loss of prestige may have played a significant a role in the power politics leading up to World War I. Behind the Battle of Midway in World War II, it was the most decisive naval engagement of the 20th century.