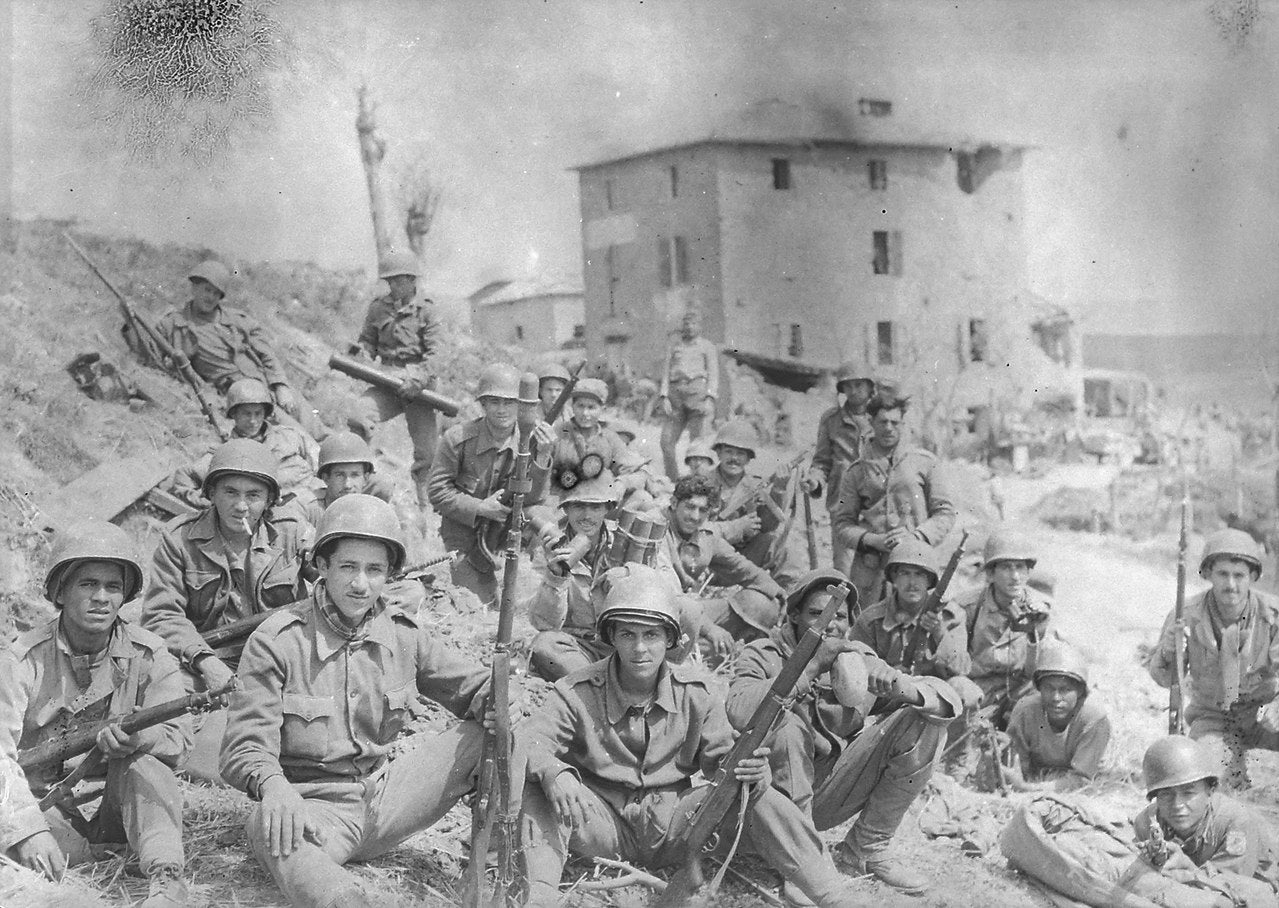 Brazil’s contribution to the Allied war effort is extraordinary but often forgotten. Though Brazil originally tried to remain neutral in the conflict, the United States eventually encouraged the country to break off relations with the Axis powers. As a result, German u-boats began to sink Brazilian shipping and kill Brazilian citizens.

As a result, Brazil entered the war on the Allied side in August 1942, ready to punish the Axis for killing Brazilians.

The Brazilian Expeditionary Force numbered some 25,000 men, the only ally from South America to contribute troops to the war effort. Brazil’s fighting force would play a crucial role in some of the critical European battles to come, in a way no one thought possible. Literally.

Some commenters said the world would more likely see snakes smoking than see Brazilian troops on a World War II battlefield. So when the BEF showed up to deploy with the U.S. Fifth Army, they looked a lot like the Americans in their fatigues, save for one important detail: a shoulder patch, featuring a snake smoking a pipe.

Back on the ground, the “Smoking Cobras” of the Brazilian Expeditionary Force were fighting the Italians and Germans in the Italian Campaign in 1943 and making short work of their enemy while providing much-needed rest for units that had been fighting for months.

The three regimental combat teams that comprised the BEF took on the German 148th Division, soundly defeating them at the Battle of Collecchio. Other victories came in succession: Camaiore, Monte Prano, Serchio Valley. The Brazilians also took down the Italian Monte Rosa, San Marco, and Italia divisions. In all, they captured more than 15,000 prisoners and took a further 500 out of action in later campaigns.

They retreated only when they ran out of ammunition, and their losses in Italy numbered just north of 450 killed in action.