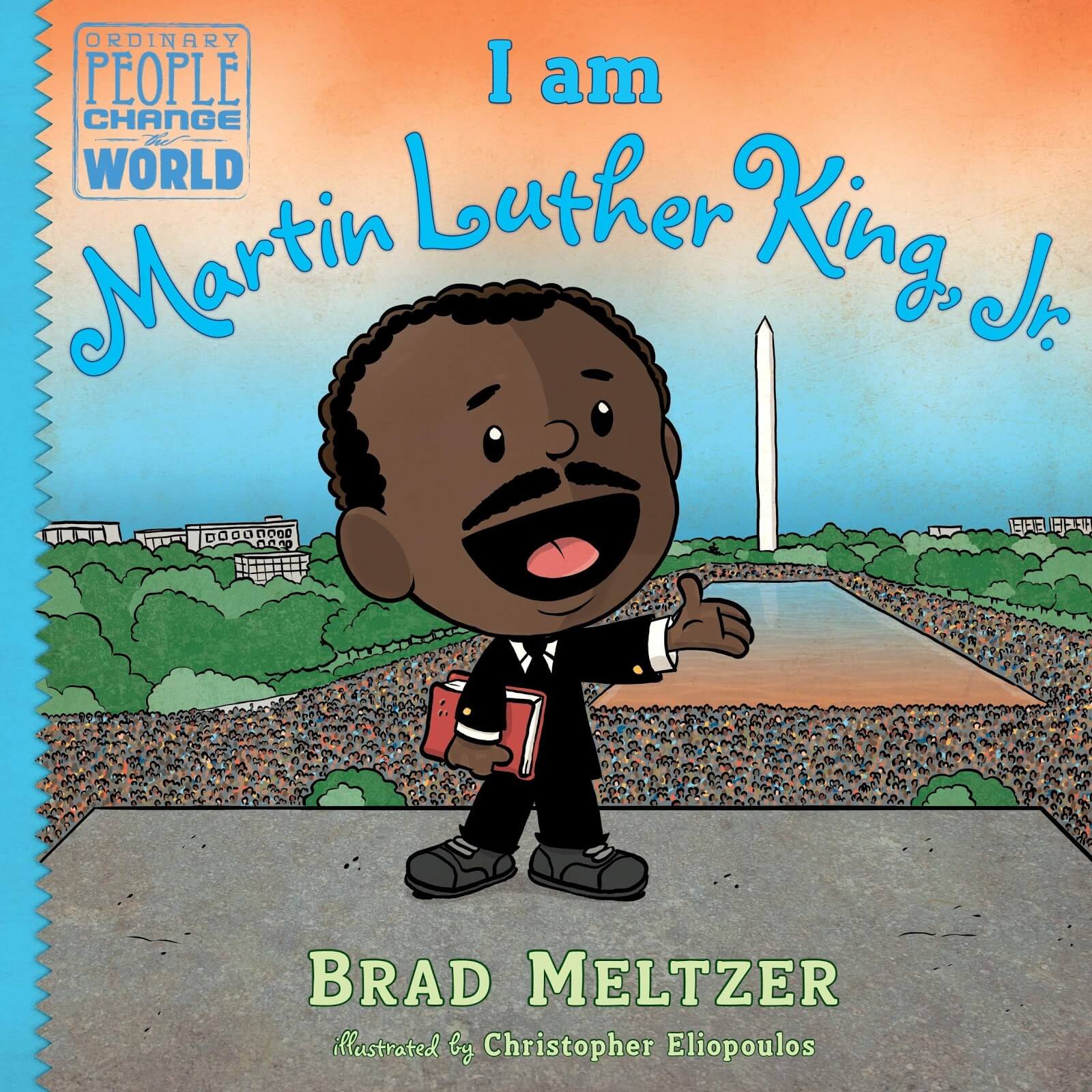 Military families are often better positioned to learn the history of our country as they move to new communities with different museums, landmarks, and parks. As parents, we can take advantage of our nomadic lifestyle to expose our children to the complex, beautiful, and ugly stories of our nation. And a diverse bookshelf is a great place to start.

Below are a few books for preschool through high school to add to your collection or library pickup list as we celebrate Martin Luther King Jr. Day in January and Black History Month in February. These stories will help kids understand Dr. Martin Luther King Jr.’s life and impact and the continued struggle for equality for all Americans.

There are many children’s books that use the backdrop of Dr. King’s famous speeches. For younger readers “Let the Children March” by Monica Clark-Robinson demonstrates children’s participation in Civil Rights marches. “I Have a Dream” illustrates Dr. King’s famous words for children, with art by Kadir Nelson.

Several stories on award lists inspired by the memory of Dr. King include “Martin’s Big Words” by Doreen Rappaport, which focuses on his speeches; “Martin Rising: Requiem for a King,” poetry by Andrea Davis Pinkney with illustrations by Brian Pinkney for middle schoolers; and for teenagers, “Dear Martin” by Nic Stone, where a modern teenager starts a journal to Dr. King.

“A Ride to Remember” was written by Sharon Langley and Amy Nathan. This book explains segregation and the impact of the Civil Rights movement on children at the time by telling the story of the day Gwynn Oak Amusement Park in Maryland became desegregated. Langley was the first Black child allowed to ride the carousel, on the same day as the March on Washington.

“The Undefeated” is the 2020 Caldecott Medal book by prolific author Kwame Alexander and illustrated by Kadir Nelson that lovingly demonstrates the endurance and strength of African Americans throughout history and into the future.

“She Was the First”  is a new picture book written by Katheryn Russell-Brown and illustrated by Eric Velasquez that tells the story of the first African American woman elected to Congress in 1968.

“Lillian’s Right to Vote,” which tells the story of an elderly African American woman who recalls the history of voting rights through her family’s eyes, is by Jonah Winter and illustrated by Coretta Scott King Award-winner Shane W. Evans.

“The Story of Ruby Bridges,” a picture book by Robert Coles and illustrated by George Ford, is a must-have for any children’s bookshelf to tell the story of school desegregation, however, for slightly older independent readers (recommended for ages 8-12), Bridges herself wrote an award-winning autobiographical account of her experiences in “Through my Eyes.”

Published by Scholastic for upper elementary and middle school, “Forgotten Heroes: The Story of of the Buffalo Soldiers” delves into the history of this regiment and the complicated history of the American government using one oppressed group to fight another.

The Red Summer of 1919 was impacted in large part by returning World War I soldiers. The violence of this time period is important to understanding the continuing fight for equality. While more books for young readers are needed on the subject, “A Few Red Drops: The Chicago Race Riot of 1919” is an award-winning young adult book. Teen Vogue also has a series of articles and links to resources looking at these events that can be a starting point for parents to read with their teens.

A few favorites that deal with growing up during the Civil Rights movement are “Brown Girl Dreaming” by must-read children’s author Jacqueline Woodson, “Roll of Thunder, Hear My Cry” by Mildred D. Taylor and its sequels, and “The Watsons Go to Birmingham” by Christopher Paul Curtis. Each is a Coretta Scott King and Newberry honoree. The Coretta Scott King Award is given to Black authors and illustrators to honor Martin Luther King, Jr.’s wife “for her courage and determination to continue the work for peace and world brotherhood.”

For more suggestions, several organizations and websites offer diverse book lists as part of their mission.  For more books on Martin Luther King, Jr., Black History, social justice issues, or books by Black authors and illustrators, check out: We Need Diverse Books, MoreDiverse, The Brown Bookshelf, and Rich in Color.