How the Civil War created photojournalism - We Are The Mighty

How the Civil War created photojournalism 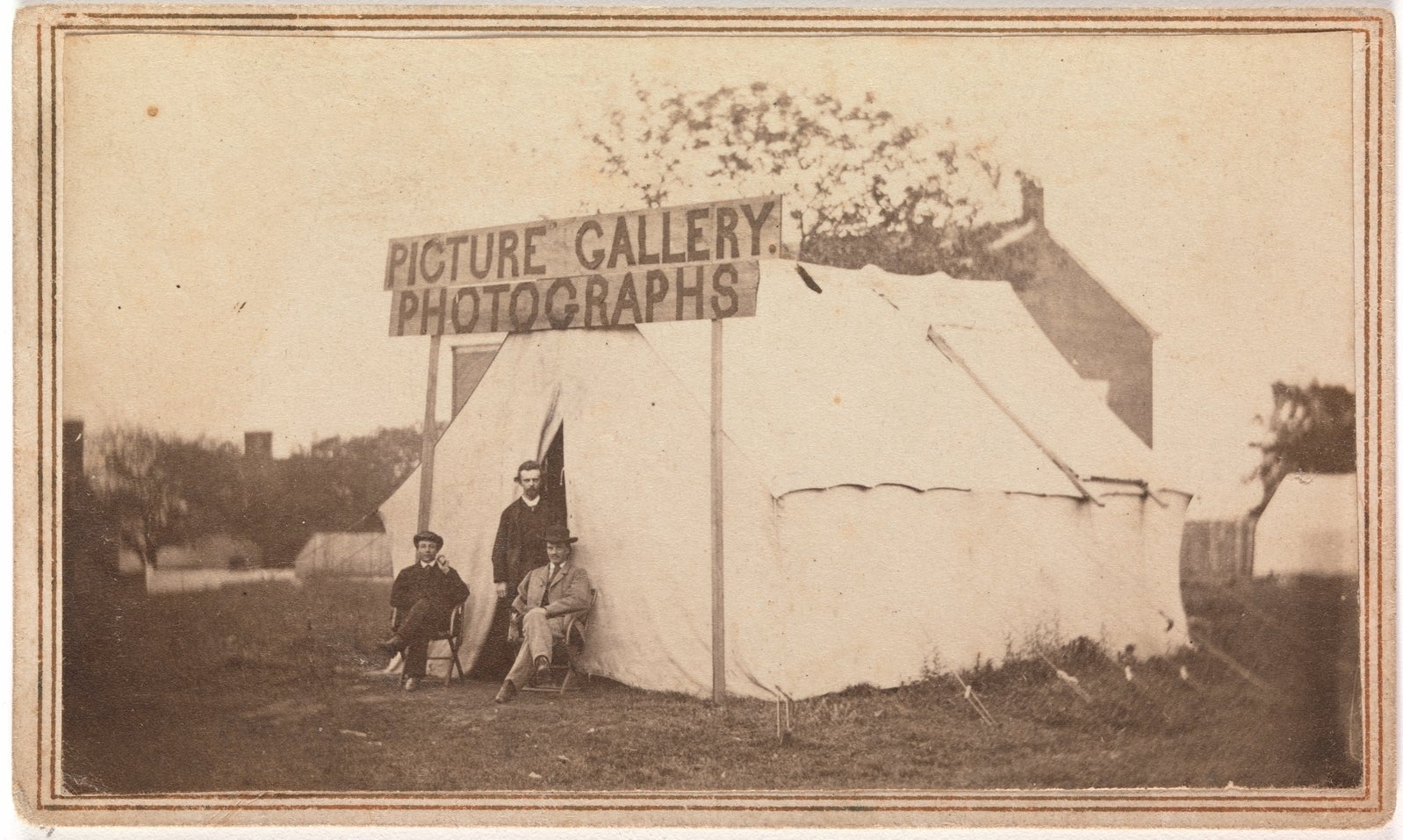 The first photojournalist to capture wartime photographs was an unknown American attached to US Army forces fighting in the Mexican War between 1846 and 1848. These images were developed using the daguerreotype process invented by French scene painter Louis-Jacques-Mandé Daguerre, which required mirrors and chemicals to fix an image on a sheet of copper plated with silver. During the Crimean War, British photographer Roger Fenton traveled in his photographic van to take more than 350 photos that depicted landscapes and soldiers. The American Civil War, however, is considered the first major conflict to be photographed extensively — and to have given rise to photojournalism as a widespread form of storytelling.

From the beginning of the Civil War, Mathew Brady and his team of photographers followed the Union and snapped photographs of battlefields, camps, towns, soldiers, and slaves. Brady was already one of the most prominent photographers in the US, opening Brady’s National Photographic Art Gallery in 1858, when he felt the urge to capture America’s bloodiest war himself.

But the primitive technology and equipment required subjects to be perfectly still at the moment the camera’s shutter snapped, and so battle scenes were absent from those wartime portfolios. Although this crucial element to the history of warfare was missing, Brady recruited a world-class team including Alexander Gardner, George Barnard, and Timothy O’Sullivan to present the rawness and emotion to the general public. Here are some of their photographs that encapsulate the American Civil War, as well as images from lesser-known photographers of this era.

Brady and his photographers used mobile photography units such as wagons to carry equipment, mix chemicals, and even serve as makeshift darkrooms. Brady’s is pictured above in a field in Petersburg, Virginia, 1864.

O’Sullivan’s “Harvest of Death” shows dead bodies that await burial after the Battle of Gettysburg in 1863. This image first appeared among 10 photographic plates of Gettysburg published in Gardner’s Photographic Sketch Book of the War (1866), America’s first anthology of photographs. O’Sullivan served as Gardner’s field operator during the war. About O’Sullivan’s image, Gardner wrote, “It was, indeed, a ‘harvest of death.’ […] Such a picture conveys a useful moral: It shows the blank horror and reality of war, in opposition to its pageantry. Here are the dreadful details! Let them aid in preventing such another calamity falling upon the nation.”

John Reekie briefly worked under Mathew Brady’s supervision. Like that of O’Sullivan, his work appeared in Gardner’s Photographic Sketch Book of the War. The above image shows African American men collecting bones from soldiers killed in battle at Cold Harbor, Virginia, in April 1865.

Brady famously took images of camp life, daily routines of Union soldiers, mission planning, moments prior to battle, and, as the image above shows, the aftermath of battle: At Mayre’s Heights, Fredericksburg, Virginia, a Confederate caisson and eight horses were destroyed by a Second Massachusetts siege gun.

The photo above captures a Confederate method of destroying railroads. The railroad ties were set on fire, and the heat bent the rails to render them useless. Brady’s desire to photograph more than human subjects gave historians visual evidence of some of the tactics used during the war.

Professional photographers weren’t the only ones to use photography to document wounds sustained by soldiers. Dr. Reed Brockway Bontecou, a surgeon for the Union Army, captured the above clinical photograph of Samuel Shoop, a private of the 200th Pennsylvania Volunteers, whose leg was amputated after he suffered a gunshot wound. This photograph served as a teaching tool for future medical students and other Army surgeons.