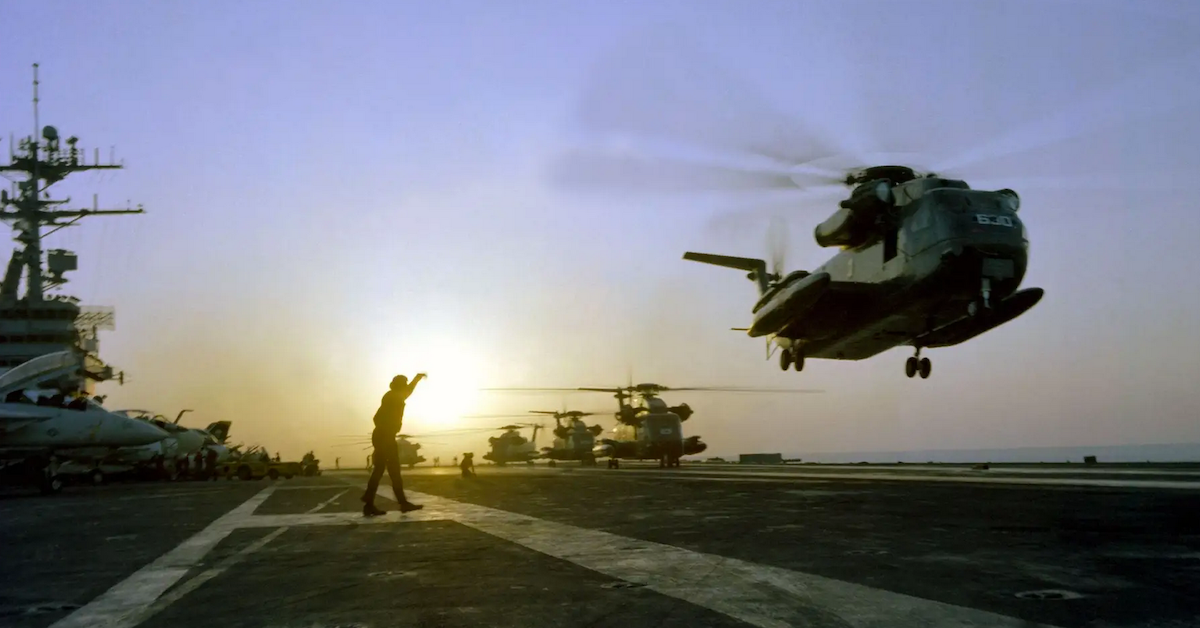 On April 24, 1980, America’s best attempted the unthinkable — the rescue of 52 American hostages from inside revolutionary Tehran.

On November 4, 1979, Iranian students stormed the US Embassy in Tehran and took 66 Americans hostage. (Several had been released by the time the rescue was attempted.)

Furious at the US’s decision to not extradite Shah Mohammad Reza Pahlavi — the former king of Iran who had been ousted by an Islamic revolution in January and was receiving medical care in America — the Iranian students sought to use American hostages as bargaining chips with the blessing of Ayatollah Khomeini, Iran’s new leader.

A 444-day ordeal for the hostages had just begun.

Less than a month later, the US military began training for a daring rescue. As the military’s premier hostage-rescue unit, the Army’s newly established Delta Force would spearhead the operation’s ground part.

But it was a complicated affair. Surrounded by deserts and mountains, Tehran was challenging to reach in force. The CIA flew out an Air Force commando who surveyed and approved a forward staging location about 50 miles from the Iranian capital. The site was dubbed Desert One.

Moreover, despite some intrepid close-target intelligence gathered by individual commandos inside Tehran, there was inadequate information for the operation — Delta had to rely on Iranian national TV for much of its intelligence.

The task force couldn’t pinpoint the exact location of all the hostages. Aside from the embassy — a sprawling 26-acre compound that in its prime housed 1,000 Americans — reports suggested the Iranians were holding some hostages at the Foreign Ministry.

The CIA couldn’t provide actionable intelligence since its operations in Iran were limited by President Jimmy Carter in response to the agency’s past actions.

In addition, all four US military branches wanted a piece of the action, leading to a confusing compromise: The Air Force would provide the fixed-wing aircraft (three MC-130E Combat Talons and three EC-130E Hercules) and a Special Tactics team. The Navy would furnish eight RH-53 Sea Stallion helicopters from nuclear-powered aircraft carrier USS Nimitz. The Marine Corps would contribute pilots for the helicopters; and finally, the Army would supply the Rangers, Delta Force, and Special Forces operators responsible for rescuing the hostages.

Operation Eagle Claw, as it was officially known, called for the MC-130E and EC-130E to fly the task force and necessary supplies 1,000 miles from Oman to Desert One. The eight RH-53 would fly 600 miles from USS Nimitz and meet them there.

After refueling, the helicopters would fly the 132 Army commandos to a hideout 50 miles from Tehran. Meanwhile, the transport aircraft would fly back to Oman.

The next night, the Delta operators and Rangers would use vehicles obtained by the Army and CIA to get to their targets.

Once the assault force had freed the hostages, the helicopter would fly them to an abandoned airbase, which a company of Rangers would have captured, 50 miles from Tehran. They would then destroy the helicopters and fly to Saudi Arabia via C-141 Starlifters.

Three AC-130 gunships would destroy any Iranian fighter jets at Tehran airport and provide close air support if the Iranians counterattacked. In all, 44 aircraft would directly or indirectly participate in the mission.

From the start, the operation was plagued by misfortune. Upon landing at Desert One, the Delta operators encountered a bus full of Iranian civilians, whom they had to detain, and a fuel truck, which they had to destroy because it didn’t stop. The driver, however, managed to escape in another vehicle.

Meanwhile, two RH-53s had to be abandoned and another had to return to the ship because of mechanical failures and bad weather. The mission had to be aborted, as a minimum of six helicopters was necessary to ferry the commandos.

As the task force was preparing to depart and try again another day, disaster struck. One of the helicopters collided with an EC-130E. In the ensuing inferno, five airmen and three Marines were killed and eight aircraft destroyed.

“Some say we failed,” wrote Army Gen. James Vaught, commander of task force, after Desert One was evacuated.

“Others say it was a fiasco. It was none of that. It was the best effort try by a team of brave volunteers to accomplish a difficult and dangerous mission. Never have I seen more determined Americans try so hard to do the right thing … Those we lost did not die in vain. We will set our people free.”

As Carter took responsibility for the mission, the military was already trying to prepare for a second operation. The Iranians, however, spread out the hostages to prevent that.

An after-action report by a commission of flag officers found several issues. To begin with, the task force was a hodgepodge of units, which didn’t train together and never conducted a full dress rehearsal.

“We went out and found bits and pieces, people and equipment, brought them together occasionally, and then asked them to perform a highly complex mission. The parts all performed, but they didn’t necessarily perform as a team,” Col. Charlie Beckwith, the founder and commander of Delta Force, said at a Senate hearing.

From the ashes of disaster, America’s current special operations might was born.

A few days after the failed operation, two British airmen delivered a case of beer to their American brethren. Scribbled across the box were the words, “To you all, from us all, for having the guts to try.”