WATCH: The Grueling ‘D-Series’ Exercise That Prepared Elite Ski Troops from the 10th Mountain Division for Winter Warfare - We Are The Mighty 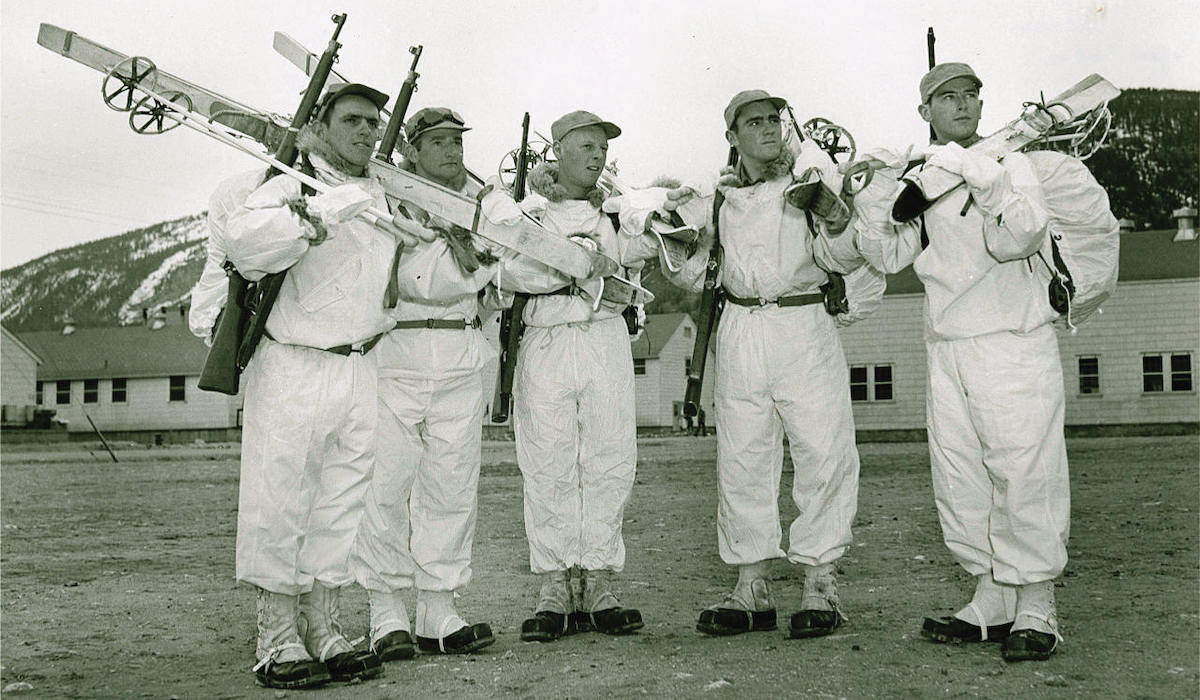 In March 1944, a hardy group of mountaineers, skiers, rock climbers, and outdoorsmen all volunteered for a newly formed winter warfare unit known today as the famed 10th Mountain Division. On the Colorado slopes at Camp Hale was the proving ground where these elite ski troops participated in a grueling, monthlong final exercise known as the “D-Series.” The mock battle against an opposing force was designed to put everything they were taught in training to the test. The soldiers carried 90-pound packs, wore winter warfare clothing to protect their bodies from below-zero temperatures, and marched through 6 feet of snow in skis and snowshoes.

“I thought they were going to kill us all off,” Lt. Col. Earl Clark told Outside TV in an interview. “Sleeping out in temperatures down to 30 below zero without a tent.”

They learned to sleep on top of their skis and other little tricks to survive some of the harshest winter environments on the planet. The survival exercise was a critical step before they would travel to see action against the Germans in the Apennine Mountains of Italy.

The 10th Mountain Division had an unusual beginning. Charles Minot “Minnie” Dole, the founder of the National Ski Patrol, had the task of collecting intelligence on other winter warfare units around the world. The blueprint for success mirrored the formation of Finnish ski troops who courageously fought against the Soviet Union during the Winter War in 1939. Dole didn’t have support at first from the higher echelon and his equipment was outdated, yet there was a need for such a unit.

“Ten thousand frozen to death — 25,000 dead,” Dole wrote, in reference to a report from the American embassy in Rome describing the debacle of the Italian winter campaign in Albania. He continued, “If a global war is contemplated or envisioned, men must be trained in mountain and winter warfare and time is of the essence as these troops cannot be trained overnight.” The 87th Mountain Infantry Regiment of the 10th Mountain Division was activated less than one month later — shortly before the attack at Pearl Harbor.

The National Ski Patrol was the first civilian organization to recruit, screen, and approve applicants for military service. “When the Army decided to create a mountain division in WWII to fight in the mountains of Europe, they brought together a cast of Americans that was really quite remarkable — skiers, mountain climbers, trappers, outdoorsmen,” then Maj. Gen. Stephen Townsend said in 2015, when he was commander of the 10th Mountain Division. “The 10th Mountain Division of WWII had the highest ratio of college graduates of any unit in the Army. That’s just an example of the type of people that the 10th Mountain Division attracted.”

The men of the 10th following World War II went on to transform the skiing industry into the winter sports mecca that exists today. In February 2020, some 76 years after the first D-Series military exercise, Army troops from the 10th Mountain Division followed in the footsteps of their predecessors in a challenge that tested their physical and mental toughness, competitive spirit, and marksmanship.