Civil War through WWII: How female roles have evolved in the military - We Are The Mighty

Civil War through WWII: How female roles have evolved in the military 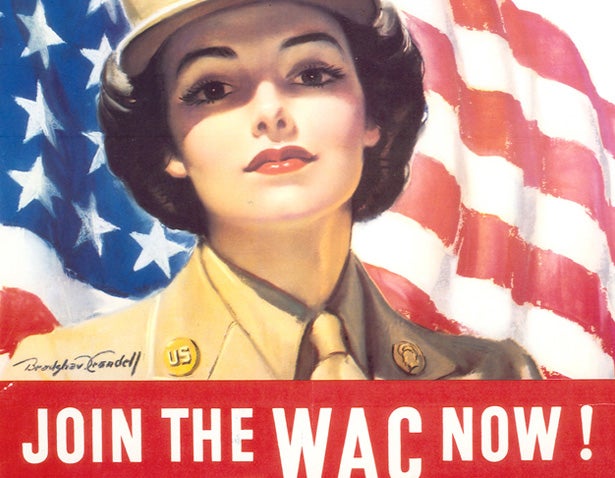 The involvement of females in the military goes back to the start of United States forces themselves. From lending a consulting ear, to helping create uniforms, to eventually being allowed to join the ranks themselves, women have undoubtedly been a big part of U.S. forces.

Join us in this trip down memory lane outlining how their roles originated and changed over time.

During the Civil War, women were not allowed to fight in the war. More than 400 got around this rule Mulan-style by disguising themselves as men and fighting anyway. This is most notable because, years prior is referred to the Cult of True Womanhood by historians. (Think Antebellum period.) This is a term that describes women who worked inside the home, wore intricate dresses, and spent their time socializing and keeping up with the housework. In other words, a far cry from helping in a war — let alone fighting within it.

They also played a huge role in helping the sick and wounded. With or without proper medical training, thousands of women worked as nurses where they helped those who were stricken with illness or who were hurt in the war. Later, in the war they did so officially with the Union’s United States Sanitary Commission. Inspired by trailblazer Florence Nightingale, they helped ensure conditions were as sanitary as possible.

Women also helped by providing food for soldiers and gathering supplies in the North and South.

This is noted as the first war in history that women held a true and significant role within the war. It’s also said that women’s position within the war advanced women’s rights by 50 years.

During the first World War, the U.S. was in “total war efforts,” meaning it was all hands on deck. As many men went overseas to participate in the war, that left many women at home to help fill their shoes. Farm work especially was taken on by women, as was household work, child rearing (alone or sharing responsibilities with family members left behind), and earning income to help supplement solider pay, which was not always enough to raise a family.

This was the first “class-less” war, where those of all income levels worked in the same jobs. Women joined efforts in which they could travel overseas, including the YWCA. Nationwide propaganda also encouraged women to get a job working in the factories. Meanwhile, one of the most popular jobs was working as a switchboard operator; they were known as Hello Girls.

The U.S. employed more than 21,000 women as nurses in hospitals stateside and overseas.

Russia was the only major country of the war to send women to the front lines. However, in the U.S., 13,000 women joined the Navy working stateside and receiving the same pay as men. They were welcomed into the ranks of the Marines as well.

This go-round, all major participating countries heavily recruited women into their respective militaries. In most cases, women held clerical or office jobs, including the majority of female soldiers. In the U.S., around 400,000 women served through these support positions. With this installment, women became seen as a permanent part of military forces, formalized by the Women’s Armed Services Integration Act in 1948.

WWII also saw the start of the Women’s Army Corps (WAC) in 1942. It began as an auxiliary unit but was converted to active duty just one year later.

Like in WWI, women were heavily relied upon to pick up duties and home and take on labor jobs. This led to the movement of Rosie the Riveter, a cultural icon representing women who worked in factories and shipyards during WWII. She is still credited today to advancing women working manual jobs and helping supply war efforts with equipment and ammunition.