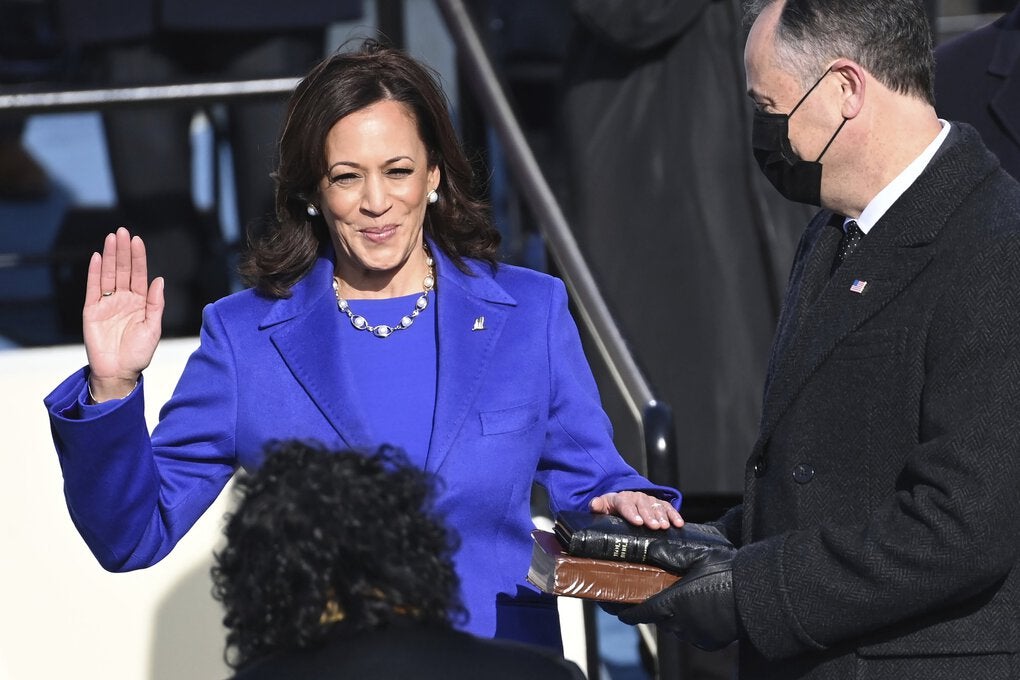 Harris being sworn in as vice president on January 20, 2021. (U.S. Commission on Civil Rights).

At age 79, Joe Biden is the oldest person ever to sit as President of the United States. At his age, certain precautions need to be taken and certain tests need to be run. Some of those tests require him to incapacitated, like the colonoscopy he underwent at Walter Reed National Military Medical Center in Maryland.

When the President of the United States is incapacitated, someone needs to be awake and at the wheel of the world’s lone superpower. That responsibility falls to the vice-president. In this case, the VP was America’s first-ever female vice-president, Kamala Harris. Biden temporarily transferred his authority to her as he underwent the routine procedure in November 2021.

Biden’s procedure and transfer of power was the first time Harris assumed the roles and responsibilities of the office of president. For the first time, a woman was the Leader of the Free World, even if that first time was a short time.

Though Harris’ brief time as Commander-In-Chief was a historic first, it’s not the first time the vice-president has taken the reins as president while the elected president was incapacitated. President George W. Bush twice transferred his executive powers to Vice-President Dick Cheney for the same reason: anaesthesia used for a colonoscopy.

The powers and duties of the office are handed to the vice-president as acting president until another written declaration is submitted from the elected president that they once again have the ability to resume their role.

The 25th Amendment covers nearly all of the possibilities that might mean the vice-president would assume the role of Commander-In-Chief, even if he – or she – isn’t willing to give up authority.

In the event of the death or resignation of the President of the United States, the law states the vice president will become the president. Such was the case of VPs of assassinated presidents Lincoln, Garfield, McKinley and Kennedy. Gerald Ford, who was nominated as vice president and approved by the Senate (as the 25th Amendment required) assumed office after the resignation of President Richard Nixon.

A president can also be forcibly removed from office by the amendment. If the vice president and a majority of the “principal officers of the executive departments” – the Presidential Cabinet – determine the president is unfit for office, they can jointly submit a written declaration to the president pro tempore of the Senate and the Speaker of the House. When this is done, the vice president would immediately assume the office as acting president. If the president wanted to reassume office, he or she could do the same in writing, stating they are fit for office. The vice-president and Cabinet members would have four days to rebut the claim.

At that point, Congress would have 48 hours to convene and 21 days to decide the issue by a two-thirds vote from both houses. Otherwise, the president retakes the office.

President Biden’s colonoscopy was part of his annual physical. The president’s physician, Dr. Kevin O’Connor, released the results of the physical examination on Nov. 19, 2021. Biden has asymptomatic non-valvular atrial fibrillation, hyperlipidemia, and suffers from acid reflux. His colonoscopy revealed a polyp, which was removed. Aside from that and a touch of arthritis, he was determined to be fit for office and resumed his presidential authority at 11:35 am the same day.