Height-waiver Green Beret: Captain James Flaherty was a Special Forces legend - We Are The Mighty 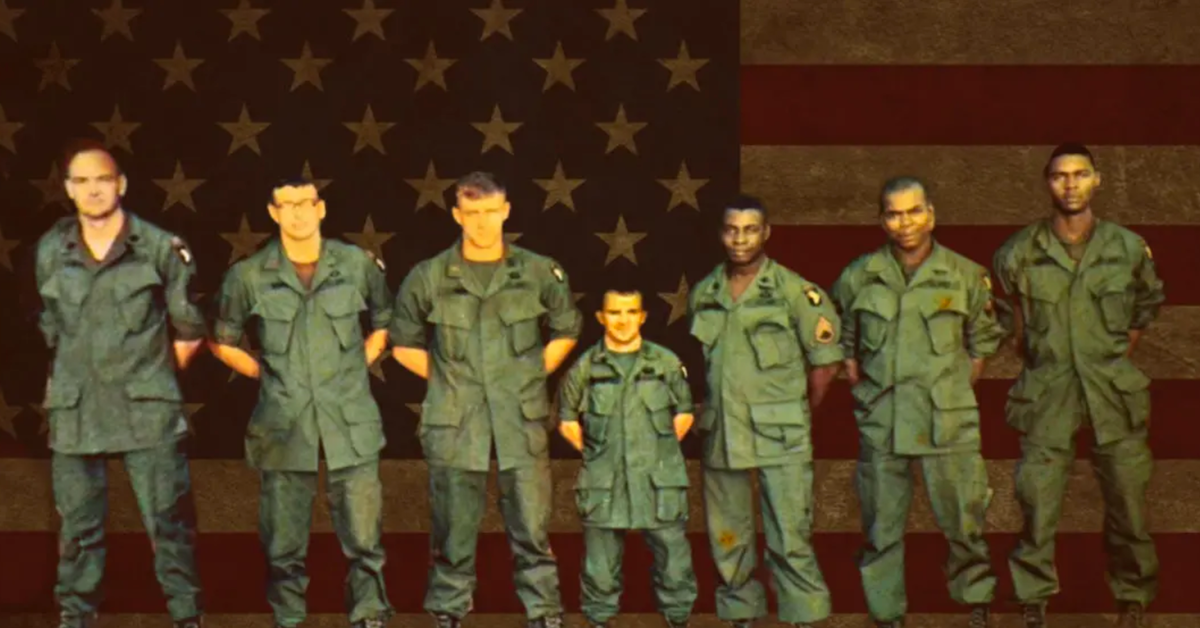 Unbeknownst to his parents, Richard and his mother, Beatrice Rose, shared incompatible blood types (Richard, Rh-Positive; Beatrice, Rh-Negative). This is a dangerous condition that can lead to serious complications for the fetus or even death. Thus, when Richard was born, he was different.

The incompatibilities in the blood caused hormonal imbalances and stunted his growth. When he reached adolescence, Flaherty was small compared to his peers. Flaherty would be considered a dwarf in medical terms, meaning that his height was less than 4’ 10.’’

Short in size he might have been, but short in courage he wasn’t. When the Vietnam War heated up, Flaherty volunteered for the Army. However, he was initially turned down because of his size. It was only after a determined effort, which included the involvement of his local Congressman, that he managed to acquire a waiver.

In 1967, Flaherty attended Army Officer Candidate School (OCS) and was commissioned as a Second Lieutenant in the infantry and assigned to the 101st Airborne Division. He deployed with the Screaming Eagles to Vietnam and served as a platoon and recon platoon leader.

During that 13-month tour to Vietnam, Flaherty received the Silver Star and two Bronze Stars for valor, respectively, the third and second highest award for bravery under fire, and was wounded three times.

His Silver Star citation offers a brief glimpse to Flaherty, the man. The action took place on April 20, 1968, when Flaherty’s platoon was ambushed and came under withering enemy fire.

“Throughout the battle, he repeatedly exposed himself to the hostile fire in order to better direct the suppressive fire of his squads. Lieutenant Flaherty immediately called a 90 Millimeter recoilless rifle team to his position after having spotted an enemy bunker position to his front, which was delivering automatic weapons fire on his platoon. Lieutenant Flaherty then personally directed and assisted the 90 Millimeter recoilless rifle team in an assault of the enemy bunker, braving up the intense hail of hostile fire. Under Lieutenant Flaherty’s astute direction and leadership, the enemy bunker was swiftly destroyed, enabling his platoon to advance and continue its devastating attack against the enemy.”

After successfully graduating the Special Forces Qualification Course (SFQC), also known as Q course, Flaherty was assigned to 3rd Special Forces Group. He went back to Southeast Asia with the 46th Special Forces Company as a Special Forces Operational Detachment A (SFODA) commander. His ODA was tasked with training the Royal Thai Army in counterinsurgency operations and prepare them for a deployment to Vietnam.

ODA’s are the tactical arm of the Special Forces Regiment. Comprised of 12 Special Forces soldiers, an ODA can operate independently behind enemy lines for long periods of time without supervision.

In 1970, Flaherty was reassigned to the 10th Special Forces Group, where he commanded another ODA and then an Operational Detachment Bravo (ODB), a headquarters element. The following year, 1971, he was discharged from active duty and transferred to the Army Reserves, where he served until 1983.

Flaherty was unfazed by the criticism he continued to receive throughout his life.

In a contemporary interview, he had said that “I’ve taken a lot of kidding about my size. I just tell them I’m 35 pounds of muscle, 14 pounds of dynamite and one pound of uranium-238, and it gets a lot of laughs.”

Flaherty was killed during a hit and run attack on May 9, 2015, in Miami. He had spent his last years alive homeless. In his death, however, he found his home next to the woman he had loved, Lisa Anness Davis.

Former police officer David Yuzuk has written a superb book on Flaherty and his amazing life. You can check it out here.