From K9 handler in Vietnam to VA volunteer 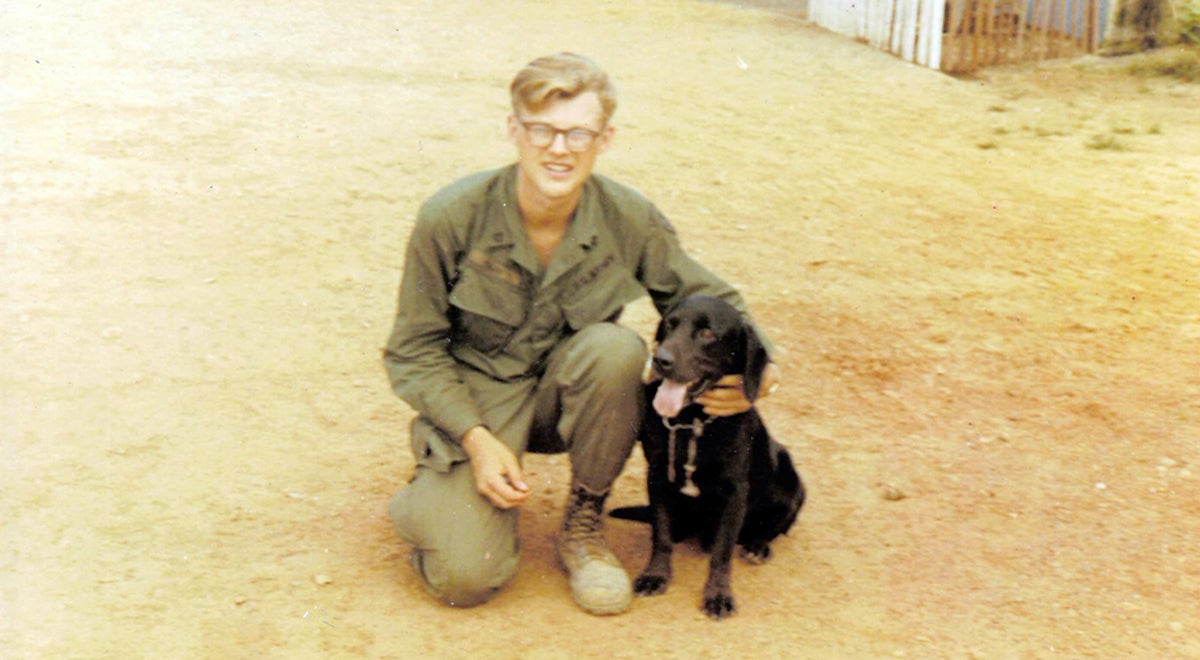 Marion Bales was a high school senior the day a Marine Corps vehicle pulled up in front of his parents’ house. His mother immediately broke down in anguish, imagining the worst about his older brother, who was serving in Vietnam.

“He had been wounded in the shoulder and it was pretty serious,” Bales said. “They flew him straight out of Vietnam to the Naval hospital in Great Lakes, Illinois. After about two weeks we learned that he was going to be okay. However, it was a very traumatic experience for my mother, and really, for all of us.”

Two years later, in December 1969, Bales was a 20-year-old electronic and mechanical equipment installer when he received his notice to report for an armed forces physical examination. For the young men of Bales’ generation, the country’s last military draft meant one thing – more personnel for the war effort in Vietnam.

“Within a week, I was on my way to Fort Leonard Wood for basic training,” Bales said. “I don’t remember a lot about that experience other than the rifle range and that they worked us hard, running us all day and sometimes at night.”

Bales with Vietnamese family he fondly remembers as one he “adopted.”

From there, Bales went through Advanced Infantry Training at Fort Ord, California, followed by dog handler training at Fort Benning, Georgia. His next stop was Danang, South Vietnam.

“I flew over to Vietnam and they had me complete a two-week course on short-range canine patrols in Danang.”

For most of his tour, Bales and his black Labrador “Orange” (pictured above) were on-call for specialized patrols that required them to walk “point” ahead of the unit. Alone and more exposed because of his position, Bales and Orange were always inserted into these areas by UH-1 “Huey” helicopters.

“The pilots never set down because the units I was called in to assist usually were still in a firefight,” Bales said. “I’d have to jump with Orange in my arms, along with all my gear, from heights that could be 20 feet or more.”

When asked how he could make such jumps without injury, Bales explained, “There usually was several feet of elephant grass or something else that offered some padding. Otherwise you learned how to roll once you hit the ground and then you kept on going.”

And because people want to know how a black lab got the name Orange, Bales explains: “Orange came from a litter where each puppy was given a name that started with the letter O. There were eight dogs in this litter. I did eventually meet Orange’s sister Opal, who also was a war dog.”

“Truman VA is the best hospital I’ve ever seen”

Bales eventually finished his tour in Vietnam and, once discharged, resumed work as an electronic and mechanical equipment installer. He married, had six children, and eventually settled in his wife’s hometown of Salisbury, Missouri.

“After I retired, I volunteered at our local food bank. One day, Cindy Stivers, a Marine Corps Veteran and the Women Veterans Coordinator at Truman VA, came in and we talked about VA health care. That’s when I began to really think about VA.

“I’ve been receiving my care there for some time now and I think VA is tremendous. In my opinion, Truman VA is the best hospital I’ve ever seen and I’ve worked in a lot of them over the years installing equipment.”

After interacting with other Veterans, Bales began volunteering at the hospital. As an escort and ambassador, he has been part of Truman VA’s Voluntary Service program for the past ten years.

“I served as a Veteran and now I serve Veterans,” Bales said. “I encourage anyone who is interested in giving back to Veterans to contact their local VA’s Voluntary Service.”