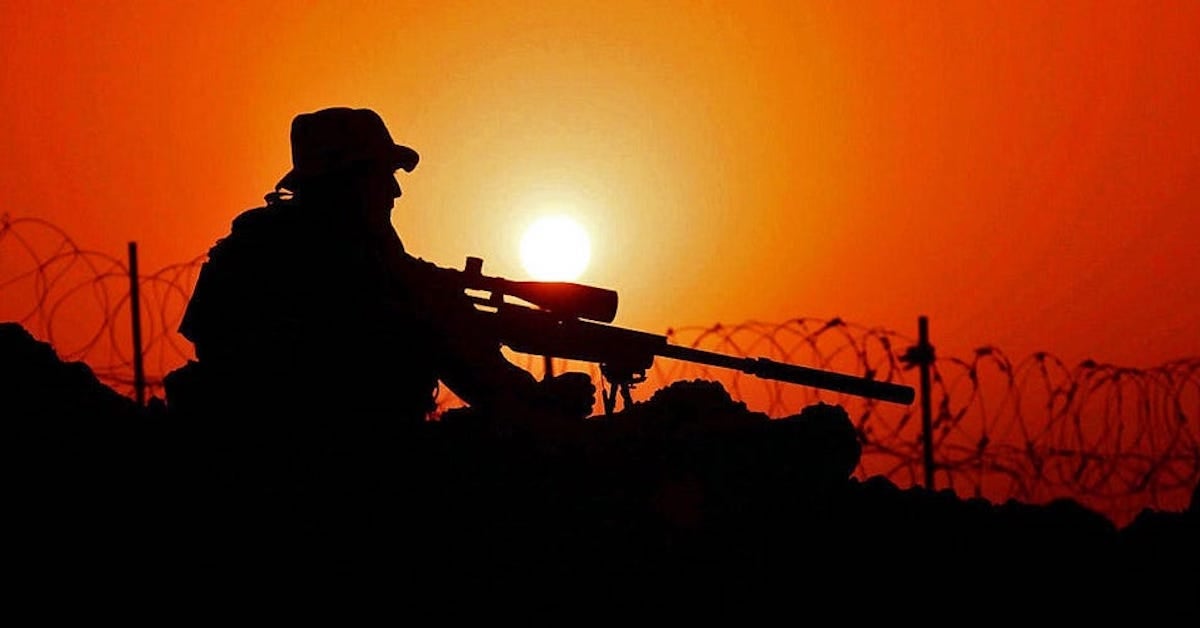 Charlie Beckwith commissioned in the Army in 1952, volunteering for Special Forcers a few years later.

In 1960, he deployed to Laos as part of a covert special-operations program to harass the North Vietnamese. Following that tour, Beckwith was an exchange officer with the British Special Air Service (SAS).

He was given command of an SAS troop (about 15 operators) and deployed to Malaya, where the British were fighting a Communist insurgency. That deployment had a profound impact on “Charlie Blister,” as the British called him.

At the time, the British commandos were pioneering special-operations, unconventional warfare, and counterterrorism doctrine. They had recently adopted an “individualistic” approach to selection and assessment, scrutinizing a soldier’s ability to operate and excel on his own.

Beckwith put lessons from the SAS to good use when he redeployed to Vietnam in the late 1960s, but by the 1970s, international terrorism was becoming prevalent. Beckwith saw the need for a unit with counterterrorism and hostage-rescue capabilities.

The unit was part of the attempt to rescue American hostages in Tehran 1980. The failed operation, and Beckwith’s recommendations afterward, led to the creation of the Joint Special Operations Command (JSOC).

Beckwith’s greatest accomplishment was Delta Force. His vision, buttressed by his buzzing energy, achieved what others could not.

“He dug the foundations but also paved the future,” a former Delta Force operator told Insider. “He knew he wouldn’t be there forever, so he had to recruit the best guys — the best noncommissioned officers and officers — who would safeguard his baby. And they did. Look at where the unit’s at today.”

During his career, Beckwith received the Distinguished Service Cross, the second-highest award for valor under fire, and two Silver Stars. He retired in 1981 and died in 1994, but in 2001 he received the Bull Simons lifetime achievement award, the highest honor given by Special Operations Command (SOCOM).

One hell of a soldier: Maj. Gen. Eldon Bargewell

Bargewell enlisted in the Army in 1967 and went straight to the Special Forces, aiming to serve in Vietnam.

Bargewell led cross-border missions that recovered valuable intelligence and put him in close contact with the enemy. During one such operation, a North Vietnamese soldier shot Bargewell in the chest as he cleared a NVA camp, but the bullet got stuck on his chest rig.

On another mission a few years later, he was shot in the face but fought on, allowing his team to exfiltrate, and was the last man out before the NVA overwhelmed the perimeter. His actions earned him the Distinguished Service Cross.

“Eldon always strived to learn,” John Stryker “Tilt” Meyer, a Green Beret legend who served alongside Bargewell in SOG and has written about the unit’s daring operations, told Insider.

“He always wanted to the job better, and he was relentless that way. His desire to learn never left him, not even when he made general. He never changed in all his years. He was one hell of a soldier,” Meyer said.

Bargewell commissioned as an officer after Vietnam, and in 1981, he passed Delta’s arduous selection process and became an operator in the new unit. Bargewell went on to command at all levels in Delta.

“He always pushed his men to practice the basics,” Meyer added. “If there was an operational lull, Eldon filled it up with training. He knew it would come handy in the future.”

And it did. In 1989, Bargewell commanded Operation Acid Gambit, the daring rescue of Kurt Muse, a CIA operative held captive by Panamanian forces in a heavily defended prison.

During the extraction, the MH-6 Little Bird carrying Muse and some operators crashed close to prison, wounding several of them. Bargewell, then a lieutenant colonel, exposed himself to enemy fire to provide cover with a machine gun while his troops exited the damaged helicopter.

The operation was one of Delta Force’s first successful hostage rescues and firmly established it as the US military’s top hostage-rescue outfit.

Bargewell went on to command Special Operations Command Europe (SOCEUR) and to have key positions in JSOC and SOCOM. When he retired in 2006, after almost 40 years in uniform, he was among the Army’s most decorated soldiers.

Bargewell spent almost his entire career in Army special-operations units, including Special Forces and the Rangers, but he left his mark with Delta Force. In 2010, he received the Bull Simons award. Bargewell died in 2019.

Stanley McChrystal commissioned in the Army in 1976 and served in airborne, Ranger, and Special Forces units during a 34-year career.

When the US invaded Iraq in 2003, McChrystal was a rising star. He assumed command of JSOC, which includes Delta Force and SEAL Team 6, and went after Iraq’s growing Islamist insurgency.

With the motto “it takes a network to defeat a network,” McChrystal put liaisons everywhere, from the CIA to conventional military units, putting JSOC at the center of a web of units and agencies that shared intelligence like never before and acted fast.

For example, a Delta Force troop would hit a target early one night, gather intelligence, and conduct another raid immediately afterward, sometimes hitting three targets all over Iraq in the same night.

“We really turned it on with him,” a Delta Force operator told Insider. “The op tempo was crazy, but we pulled it off. We’d do two [or] three hits a night for weeks.”

Shrewd and tactful enough to navigate bureaucracy, McChrystal was still a warrior at heart.

At a counterterrorism meeting in an East African country, the CIA station chief present took a cavalier attitude toward McChrystal, who let him finish before saying, “Hey look, if you ever talk to me that way again, I’m going to come around this desk and beat the s— out of you,” according to journalist Sean Naylor.

In 2009, McChrystal assumed command in Afghanistan, where he devised the counterinsurgency strategy. Following Gen. David Petraeus’ example in Iraq, McChrystal argued for a surge of troops to defeat the Taliban. In the end, he persuaded President Barack Obama and the Pentagon despite the political cost of sending tens of thousands of additional troops to what many saw as a forgotten war.

But that command, and McChrystal’s career, ended with a blemish after he and his aides were quoted disparaging the Obama administration in a Rolling Stone article.

McChrystal retired with the defeat of Al Qaeda in Iraq (AQI) and JSOC’s renovation as his greatest achievements and with “his place secure as one of America’s greatest warriors,” according to former Secretary of Defense Robert Gates.