3 lesser-known Marine Corps tanks - We Are The Mighty 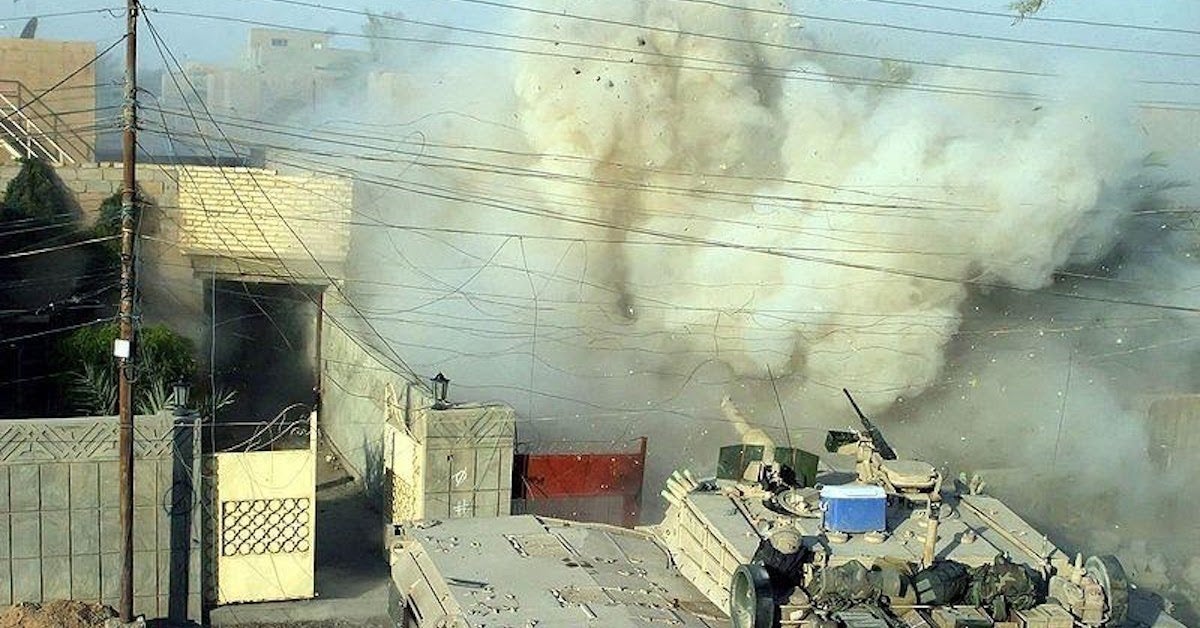 Throughout the 20th and into the 21st century, tanks have played a key role in supporting the Marine Corps infantryman in the fight. Let’s take a look at some of the less famous tanks that were crewed by Devil Dogs. Please note that this list is about tanks. Marine vehicles like the M50 Ontos self-propelled gun and the LVT-5 amphibious armored fighting vehicle, which are not tanks, will not be included.

Originally referred to as the “Six-ton Special Tractor”, the M1917 was America’s first mass-produced tank. Built under license as a near-copy of the French Renault FT-17, the tank was meant to accompany the American Expeditionary Force to France in WWI. However, production was not fast enough and the first tanks arrived in Europe just days before the armistice.

Armed with either a Browning .30-caliber machine gun or a French 37mm Puteaux one-pounder infantry cannon, the tanks were crewed by the Light Tank Platoon USMC out of Quantico. After extensive training with the tanks in the states, the platoon was sent to China for a tour of duty in 1927.

Officially assigned to protect the Peking-Tientsin railway, the Marine tankers saw no action in China. Instead, they performed limited maneuvers, went on good-will shows and publicity parades, and stood inspections. However, despite limited employment, the M1917 did set the foundation for the Marine Corps’ future amphibious armor doctrine that would be so crucial in the Pacific islands during WWII.

Japanese concrete bunkers proved to be imposing obstacles to Marines in the Pacific during WWII. Though flamethrowers were effective at neutralizing the bunkers, the short range of the weapon system meant that the operator had to get as close as possible to his target. As a result, the average life expectancy of a flamethrower operator on the battlefield was just five minutes.

Rather than expose Marines wearing what was essentially a bomb on their backs, the Corps began to experiment with the concept of flamethrowers mounted in armored vehicles in 1943. The first iteration saw the flamethrower mounted in the pistol port of an M3 Light Tank. However, this gave the flamethrower a limited field of fire and the weapon was placed in the bow turret instead.

Still based on the M3 Stuart Light Tank, the Satan was one of the first flamethrower tanks in the Marine Corps arsenal. With the flamethrower in the bow turret, the gunner held the fuel tanks between his knees. While it wasn’t exactly a comfort to have such a volatile piece of equipment in such a sensitive area, the operator was at least behind the armor of a tank, albeit light. Satan Flame Tanks saw action with the Marine Corps on Saipan and Tinian.

Improvise, adapt and overcome; Marines make do. The hard-chargers of the United States Marine Corps are famed for their ability to create clever solutions to otherwise impossible problems on the battlefield, and the tankers are no exception. In Korea and Vietnam, when dedicated indirect fire assets like mortars or artillery guns weren’t available, Marines moved earth and ramped their tanks up to rain fire down on their enemies.

The tanks were driven into the ramped pits on a sharp incline and their guns were raised so that they could fire longer distances between enemy lines. Of course, this method of fire delivery wasn’t terribly accurate. Rather, the tank artillery was used more fore area effect harassing fire. Still, the unconventional use of equipment by the Marines highlights their ingenuity.

That is a point that those who lament the loss of Marine Corps tanks can hold on to. Impressive as they are, the tanks are just equipment. The warfighter, the Marine, is the true lethal tool that makes America’s enemies reconsider a violent course of action. Tanks or no tanks, no one in their right mind wants to be in a fight with a United States Marine.