How this brave Marine saved the day at Tarawa Atoll 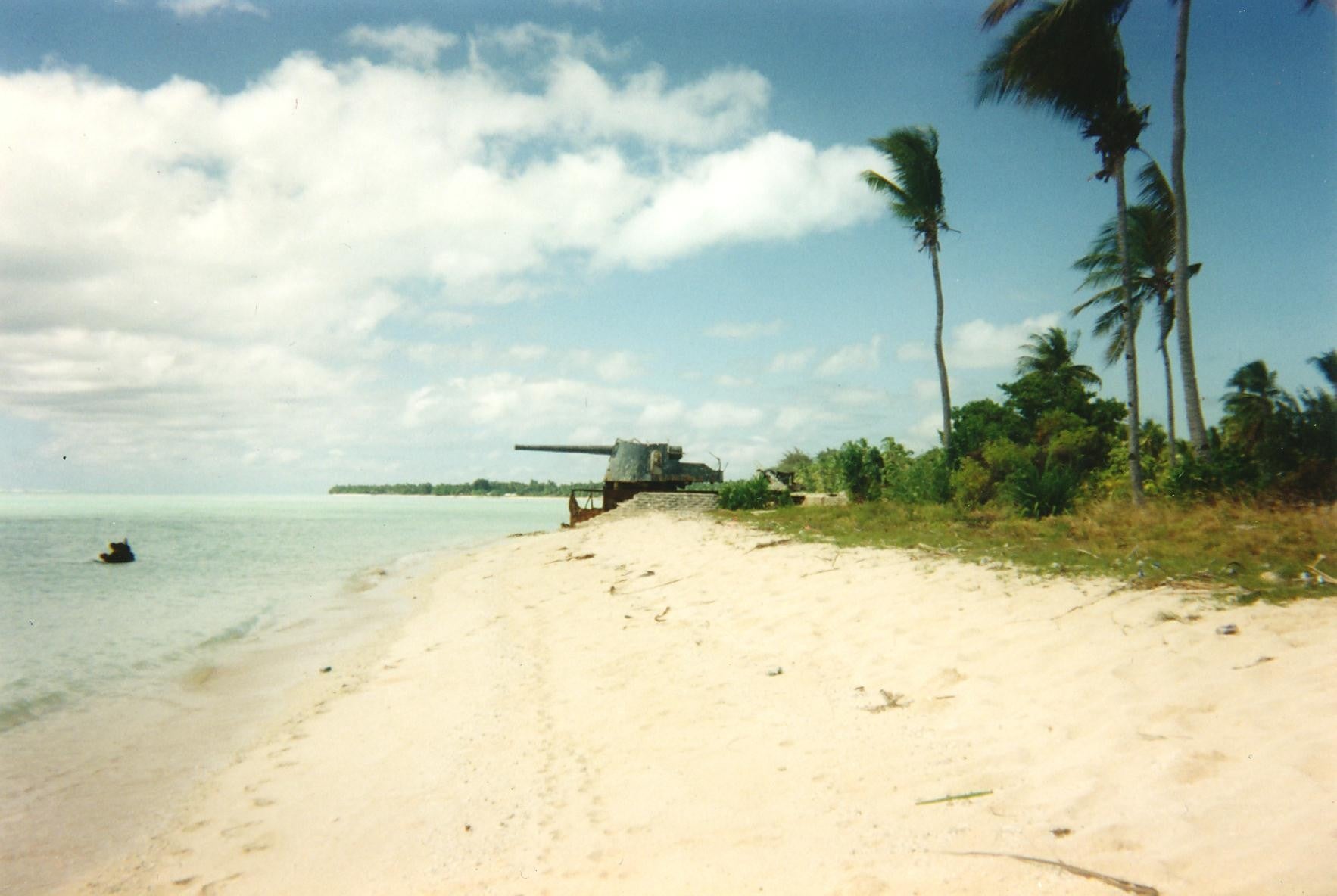 “If you are qualified, fate has a way of getting you to the right place at the right time – tho’ sometimes it appears to be a long, long wait,” professed Marine Col. Dave Shoup.

Fate was certainly on Shoup’s side at Tarawa Atoll, and he didn’t shrink from the occasion.

The 38-year-old Indiana native was one of the four Marines awarded the Medal of Honor for their deeds at Tarawa Atoll in November 1943, one of the most brutal engagements fought in the Pacific during WWII.

Shoup was the only recipient to survive the battle and receive this honor in person.

The battle as a whole was plagued by bad planning and poor decision making, but individual acts of heroism and the sheer willpower of the troops engaged in combat won the day for the Americans.

Shoup was born in December 1904 on a farm in Battle Ground, Indiana, near the site of General William H. Harrison’s victory at Tippecanoe in 1811. Shoup would mirror the same bold leadership qualities of the leader of that battle fought in his backyard 90 years before.

Upon completing high school, Shoup desired to attend college and not remain as an “Indiana plowboy” for the remainder of his life. He attended DePauw University as an ROTC student and successfully graduated in 1926. He transferred to the Marines in the same year after spending only one month in the U.S. Army as a second lieutenant.

Leading up to 1943, Shoup spent time on a number of assignments in the United States, China, and Iceland. He slowly climbed up the ranks in his 15 years of service leading up to WWII, when he was promoted to colonel.

He had a reputation of being a straightforward officer, earning the praise of the men under his command for sharing in their hardships on and off the battlefield. One correspondent described him as “a squat red-faced man, with a bull neck,” known by those who surrounded him as a “profane shouter of orders.”

The greatest trial of Shoup’s life came during the invasion of the Japanese-held Tarawa Atoll of the Gilbert Islands.

Tarawa Atoll consisted of a series of islands surrounded by a large coral reef stretching up to 1,100 yards from the shoreline. The Japanese occupied Tarawa Atoll in December 1941 and spent two years leading up to the battle turning it into a formidable obstacle. They fortified the islands with barbed wire and a network of trenches and built an airfield.

The Japanese garrison consisted of about 5,000 men, all willing to die to the last man. Occupation of the island was critical for the U.S. to establish forward operating bases in the Pacific, and the Japanese continued to fortify it up to the day of the invasion.

Shoup was one of the 20,000 Marines of the 2nd Marine Division to land at Tarawa Atoll on November 20, 1943. The Marine division — meshed with veterans of Guadalcanal and raw recruits — made their way to the beach transported by amtracs and landing craft.

The small perimeter of the beachhead became cluttered with bodies and debris as parties of Marines attempted to gain a foothold and power their way inland, while exposed to a barrage of Japanese machine gun and mortar fire. Chaos reigned supreme as the some of the vehicles loaded with reinforcements became bogged down on the reef.

For a time, it appeared the attack on Tarawa Atoll would falter, as many men were pinned down in the shallow water near the reef, either unable or unwilling to move to reinforce the beachhead.

Shoup ordered his men to advance forward from the reef to the beachhead as Japanese artillery, machine gun barrages, and rifle fire rained down on them. Suddenly, a Japanese mortar round exploded nearby, flinging shrapnel into his legs.

He refused to be evacuated despite the severity of the debilitating wound.

At one point, the defiant colonel shouted to his men, “Are there any of you cowardly sons of bitches got the guts to follow a colonel of the Marines?” The Marines were inspired by his valor and selflessness, and followed him forward.

Shoup assumed command of all land troops upon reaching the beachhead. He ignored the agony of his wounds, and marched up and down the line with his pistol unholstered, coolly directing the advance of Marines further inland.

Success was measured in yards, and the Marines methodically overcame the Japanese defenses.

By the time the battle ended, less than 200 of the original 4,000-man Japanese garrison remained to surrender. They had inflicted a staggering 3,000 casualties on the Second Marine Division. Shoup remained on his feet directing the fight for about 50 hours, finally relinquishing command to be treated for his wounds only when most of Tarawa Atoll was in Americans hands.

Without Shoup’s direction and valor, Tarawa Atoll may well have been a catastrophic defeat. Shoup lived for another 40 years until his death in 1983 and was buried in Arlington National Cemetery.