Man of honor: The US Navy's 1st African American master diver & amputee diver Carl Brashear - We Are The Mighty 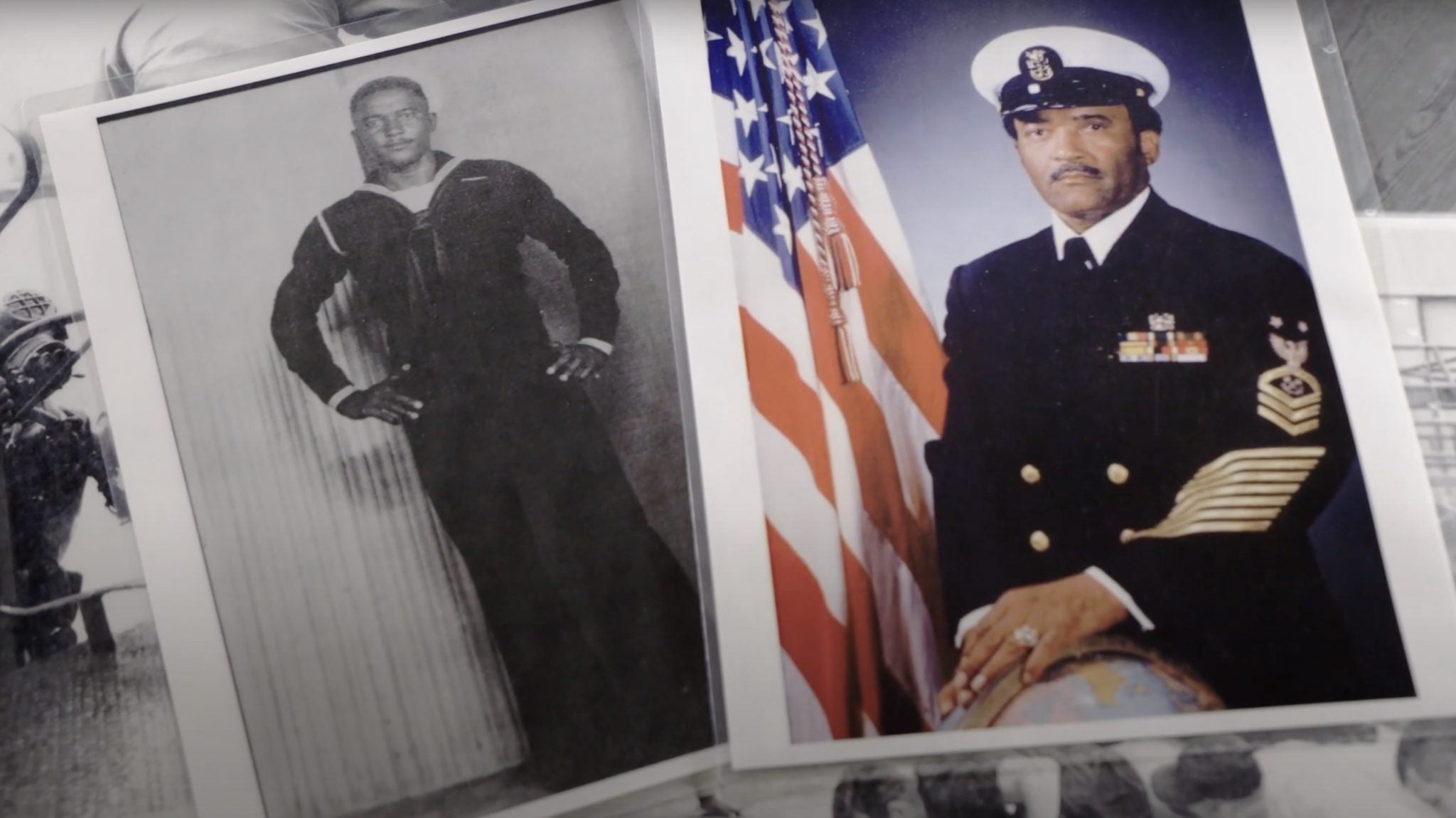 The US Air Force lost a nuclear bomb off the coast of Palomares, Spain. It was on Jan. 17, 1966, when a K-135 refueling aircraft collided midair with a B-52G long-range bomber carrying a payload of four 70-kiloton hydrogen bombs. Three parachutes deployed and the nuclear devices were located on land, while a fourth plummeted into the Mediterranean Sea. The Air Force asked for the Navy’s help to retrieve it.

The salvage ship USS Hoist and her crew responded. “We searched for the bomb close to the shoreline for about two and a half months, and all we were getting was pings on beer cans, coral heads, and other contacts,” recalled Master Chief Boatswain’s Mate Carl Brashear, the US Navy’s first African American Navy diver.

Each time their sonar technology picked up a contact, the Navy sent divers to check it out. A fisherman who had witnessed the bomb entering the water told officials how close they were, and even used his fingers as a means of measurement. They were that close.

“So one day Admiral Guest said we would try it,” Brashear said in an interview in 1998. “So they made a replica of the bomb on the tender and then dropped it to see how it would show up on the screen, same dimension, same length, same diameter. Then we went out 6 miles, and the first pass, there the bomb was, 6 miles in 2,600 feet of water.”

The Alvin submersible was made for this type of operation. It managed to attach grapnels to the parachute shrouds connected to the bomb before it ran out of batteries and was forced to surface. Using the Cable-controlled Underwater Recovery Vehicle (CURV) developed to salvage torpedoes, Brashear began to hoist the bomb up from the deep. As Brashear was bringing it up, a lifting cable snapped and the boat broke loose. Brashear scrambled to manhandle another sailor out of the way as the boat yanked on the pipe that had the mooring line tied to it.

“That pipe came loose, flew across the deck, and it struck my leg below the knee,” he said. “They said I was way up in the air just turning flips. I landed about two foot inside of that freeboard. They said if I’d been two foot farther over, I’d have gone over the side. I jumped up and started to run and fell over. That’s when I knew how bad my leg was.”

At that time, Brashear had 18 years of service in the US Navy, joining in 1948 and becoming the first African American Navy diver in 1954. He was now in the fight for his life. Corpsmen aboard the Hoist secured two tourniquets around his leg, but by the time he got to a hospital he had no pulse or heartbeat due to blood loss. The medical staff administered 18 pints of blood, restarted his heart, and brought him back from the dead.

He was awarded the Navy and Marine Corps Medal for heroism in saving another sailor’s life at the risk of his own personal injury. His doctors told him it would take three years before he could walk again. The infection was so bad he agreed to have his leg amputated below the knee to fast-track his grueling rehabilitation.

Brashear was outfitted with his own prosthetic leg in December 1966, but amid the inequalities African Americans faced in the military, his prosthetic was painted to match white skin. That was not out of the norm for his personal experiences, as for his entire career he was subject to discrimination, harassment, threats, and ill treatment by his fellow service members. Despite it all, he persevered to become a pioneer in the diving industry.

“It took more willpower than I ever thought I had, to accept the fact that I had lost a leg,” he later said. “Once I accepted that, I knew I would win the fight to become a master diver.”

The native of Kentucky who was raised attending segregated schools refused to submit to the medical survey board’s attempts to retire him, as they believed he was unfit for duty. Chief Warrant Officer Clair Axtell Jr., his old friend from salvage school, granted Brashear the opportunity to train at the Portsmouth Naval Hospital in Virginia. Even on the weekends he practiced diving in a MK V deep-sea rig, a shallow-water diving suit, and scuba gear.

He led daily calisthenics and suffered greatly, but he did not give up. Sometimes after he returned from a run, the end of his prosthetic would have a puddle of blood at the bottom. It was evidence he pushed his body beyond his limits.

“In that year, if I had gone to sick bay, they would have written me up,” he said. “I’d go somewhere and hide and soak my leg in a bucket of hot water with salt in it — an old remedy. Then I’d get up the next morning and run.”

Against all odds, Carl Brashear qualified as the first Black Master Diver and first amputee Navy diver in US military history. He didn’t make a mistake during his evaluation. The next nine years Brashear lived out his dream as a Master Diver working on the submarine USS Hunley and on the salvage ship USS Recovery.

He struggled with alcohol before achieving sobriety and retired from the Navy in 1979 with 31 years of military service. Actor Cuba Gooding Jr. immortalized his remarkable story in the 2000 movie Men of Honor. Brashear passed away in 2006 at the age of 75. He has since received further tributes, including a 700-foot cargo ship commissioned in 2008 called the USNS Carl Brashear. The Carl Brashear Foundation exists to share his achievements with as many people as possible.