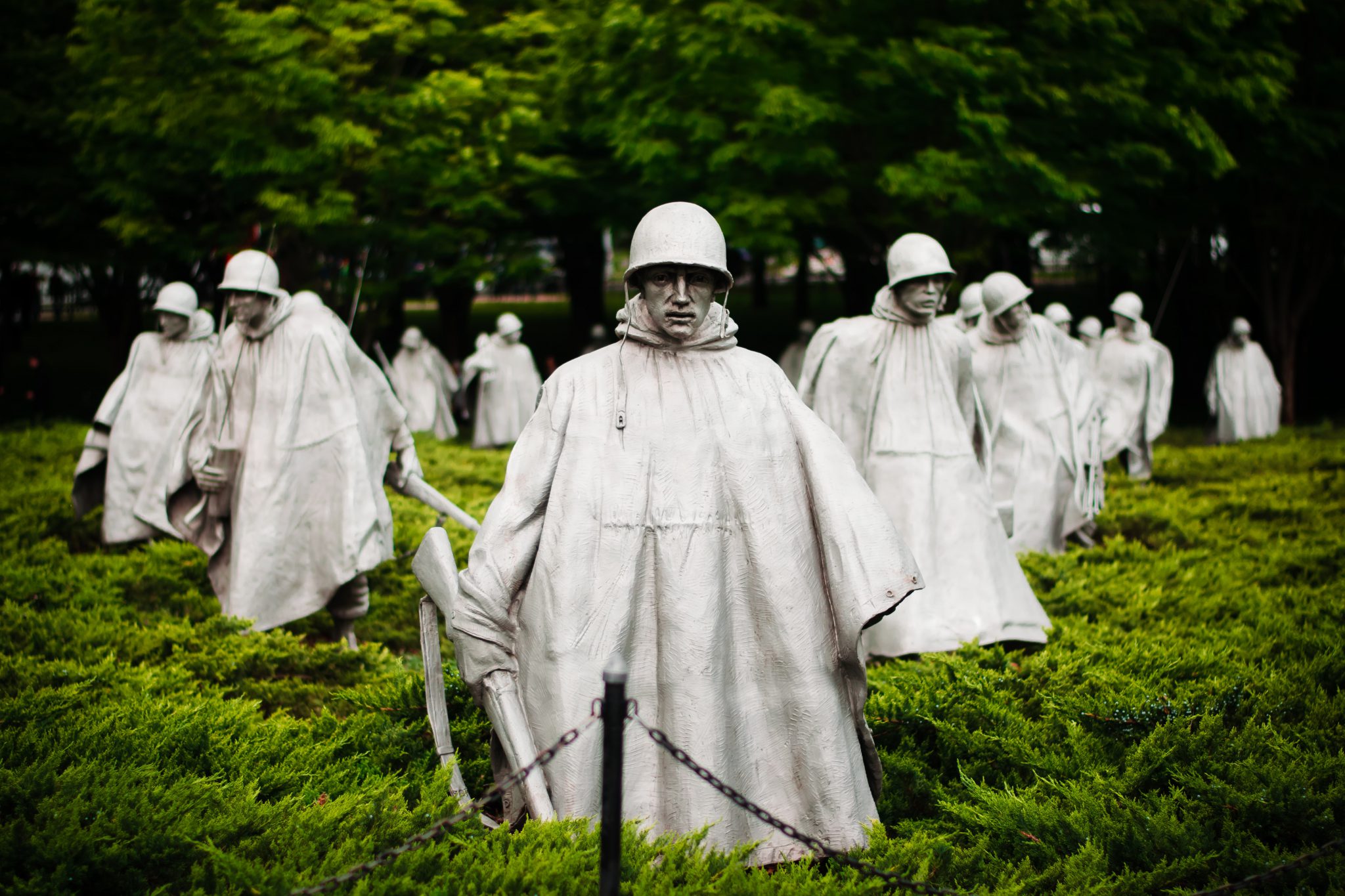 Fear is not in John Nixon’s dictionary. Nor should it be. An elderly man, Nixon, who fought in the Korean War, had no reservations about stepping in to stop five armed punks from mugging a young woman in the Kentish Town area of London — despite being 88 years old.

There’s no age limit on bravery, and the old Korean War vet has had plenty of reason to be brave over the years.

Nixon was interviewed by the London Evening Standard after intervening in the attack. He told the newspaper that he saw five young men attacking a young woman, trying to rob her of her purse and ripping at her clothing.

He shouted at the men to leave her alone, in an attempt to divert their attention away from the screaming woman. His plan worked. They quickly switched their sights onto the old man and the girl ran off, still screaming.

A mural welcomes visitors to Kentish Town. Photo by Danny Lines on Unsplash.
“But they turned on me, saying ‘We’ll take your money instead,’ and I said ‘No you don’t,’” Nixon told the newspaper. “Kids this age are full of bravado, you see, they weren’t expecting a surprise.”

The surprise was that over the years Nixon had seen a lot worse than five hooligans harassing one young girl. He was trained as a special operator at Commando Training Depot Achnacarry in Scotland’s West Highlands. The setting was particularly brutal for trainees, given the severe weather in the area. Those conditions would serve him well.

He was later shipped off to fight communists during the 1950-53 Korean War as a commando. He also served in British Commando units in Egypt, occupied Germany, and the greater Middle East. After he left the British military, he joined Médecins Sans Frontières (Doctors Without Borders) as a bodyguard in Nigeria.

He couldn’t have survived those kinds of environments and the dangers he faced there without the hardcore training he picked up as a young man in the 1940s.

That training “kicked in” Jan. 27, 2018, when one of five attackers came at Nixon, who took down the attacker with a single karate chop to the back of the man’s head. The blow knocked the punk down to the ground, half-dazed and half-conscious. Then one of the muggers pulled a knife on the old man.

“It was more of a pocketknife,” Nixon said. “He wasn’t trained.”

Nixon, a widower with an adult daughter, was only interested in helping the vulnerable young woman. He didn’t think of his own safety. He’d been shot in the leg long before this encounter on a London street, and even a bite from a venomous snake couldn’t kill the old man.

“The venom lay dormant in my spine for years,” he said. “I’ve been near death so many times that situation just doesn’t worry me.”

When the knife-wielding assailant came after him, Nixon attempted to defend himself and took a number of stab wounds to his arms. He was bleeding profusely but told reporters his wounds were shallow.

A local resident finally witnessed the altercation, shouted at the men, and called the police. By the time cops arrived on the scene, the attackers had fled. Nixon was taken to a nearby hospital and treated for his still-bleeding wounds. His only other injury came from where his hand met the back of that criminal’s skull. Five harsh lessons were learned that day.

The hoodlums were never arrested for the crime, and the female victim of the attack was never identified.

“I hope she is okay,” Nixon told the Evening Standard.